Alcohol Addiction can have many Health Consequences

Alcoholism is a psychiatric disorder that leads to numerous pathological processes and changes the way the brain functions. When we drink a drink, it enters the stomach and enters the bloodstream through the bloodstream. Blood transports it through the body into all organs and parts of the body. From all this it is clear that prolonged consumption of alcohol causes numerous damages throughout the body. Alcoholism is a long-term and chronic illness, and an alcoholic is a person who has become physically and mentally addicted to long-term drinking. Many physical and mental disabilities develop as a result of addiction, and social difficulties occur. Current inebriation and alcoholism should be differentiate. Not every inebriation means alcoholism, but every alcoholism starts with occasional inebriation. From time to time, inebriation becomes more and more frequent until it develops into a true disease.

Alcohol misuse is an issue that expands beyond its physical and psychological consequences [1]. Overconsumption of, and addiction to alcohol, is a global health challenge. The social consequences of alcohol transcend class and its impact at the individual and population levels are of equal importance. At home it is a burden on the NHS budget and abroad an issue that stifles development in resource‐poor countries.

A large proportion of global alcohol consumption (24.8%) is homemade, produced illegally or sold outside of normal governmental controls. This unrecorded alcohol is much more prevalent in lowand middle‐income countries where unregulated production often outweighs regulated brewers. In the eastern Mediterranean region and South East Asia, it amounts to more than 50% of consumption. Home‐made spirits make up a particularly high proportion of consumption in India.

That the effects of long‐term heavy drinking can be serious and even fatal is generally well known. Alcohol‐related disease has a direct dose–response relation: the greater the amount drunk, the more the harm done. This applies to liver cirrhosis, hypertension, and hemorrhagic stroke. Alcohol‐attributable disease results from a series of factors that can be ‘related to levels and patterns of consumption but also other factors such as culture, regulation and beverage quality’. These are deaths that would not have happened without the presence of alcohol. In cardiovascular disease a modest beneficial effect had been reported with moderate amounts of alcohol; however, recent research suggests that any benefit had been overestimated and the so‐called protective effect is losing favors among experts.

Alcohol is a risk factor for many human disorders and personal and family problems [2]. More than that, the effects of excessive alcohol consumption can interfere with medical treatment and can cause unexpected problems during a patient’s hospital stay. It is widely accepted that enquiry should be made of a patient’s alcohol intake, just as enquiry about cigarette smoking is understood as a universal component of the medical history. However, there continue to be difficulties in assessing alcohol consumption and the disorders related to it. What follows is a practical guide as to how to best achieve this in different clinical settings.

Alcohol consumption was historically regarded as part of the personal world of the patient and not particularly the subject for medical enquiry unless it was overtly harmful. Given the mass of evidence indicating its major role as a health risk factor-globally it causes 4% of all deaths and nearly 5% of healthy years of life lostthere has grown an expectation that systematic enquiry will be undertaken. Indeed, it has been argued in several medicolegal cases that a medical practitioner is negligent in not enquiring when the patient subsequently suffers harm as a result of their alcohol intake.

Alcohol is part of the social and cultural fabric and is actively promoted in many cultural, social and religious circumstances [3]. However, alcohol is not generally perceived as a psychoactive substance with addictive potential resulting in physical, psychological, social, economic and legal consequences. Public health problems associated with alcohol consumption have reached alarming proportions, and alcohol has become one of the most important risks to health globally. In Europe, alcohol is public health enemy number 3, behind only tobacco and high blood pressure, and ahead of obesity, lack of exercise and illicit drugs.

This study is a secondary data analysis of a large trauma registry of data collected prospectively by trained research staff at KCMC. Inclusion criteria for the trauma registry include age (≥ 17 years), and acute injury (<24 hours) prior to admittance. People within 24 hours of injury were eligible for enrollment if they arrived directly to KCMC ED or if first seen at another hospital and transferred to KCMC. A total of 716 people met inclusion criteria and were included in this study. Some measures attempt to ascertain how many people drink alcohol [4]. Others examine how much drinkers reportedly consume.

Population ageing is taking place in nearly all the countries of the world and this is expected to continue over the coming years [5]. Alcohol problems often occur in later life and are associated with notable social, psychological, physical and economic consequences; however, in later life alcohol problems are often less obvious, misdiagnosed or go under-detected and under-reported.

The language we choose to employ in relation to alcohol and to people who are experiencing alcohol-related difficulties is crucial [6]. For many people with an alcohol problem the term ‘alcoholic’ represents a primary statement of identity.

People like to drink alcohol because of its ability to modify emotional states [7]. Alcohol has a euphoric effect at low to moderate blood alcohol concentrations and can also cause relaxation, disinhibition, and reduced anxiety and stress levels. Rewarding and anxiolytic effects of alcohol are well documented in the medical literature. However, elation caused by alcohol is dependent on blood alcohol concentration. At low to moderate blood alcohol levels, a person experiences the positive stimulatory effects of alcohol, but at higher blood alcohol levels, the negative effects of alcohol on mood (depression) become evident. Alcohol is known to cause reduction in inhibition in a person, probably due to the reduction of frontal lobe functions of the brain.

According to one estimate, one-half of all families in the nation have or have had a member with an alcohol-use disorder [8]. In many of these families, the disorder becomes the central issue around which the family must adjust to or organize itself.

Alcohol use disorders are associated with well-known neurological and psychiatric signs and symptoms, including seizures (unrelated to active drinking or withdrawal), withdrawal syndromes (seizures, hallucinations, delusions, delirium), psychotic syndromes (paranoia, hallucinations, and delusions in a clear sensorium), peripheral neuropathy (usually in the lower extremities, bi-lateral, symmetrical, and sensorimotor in type) and cognitive deficits (ranging from minor memory problems to dementia and the anmestic syndrome) [9].

Little doubt exists as to the neurotoxic effects of alcohol on the human nervous system, and multiple, though often mild, neuropsychological deficits have been documented in long-term chronic alcoholics [10].

From the medicolegal viewpoint, there is perhaps no other chemical substance more frequently involved as a contributory or causative factor in violent or natural deaths and also in many nonfatal incidents [12]. It acts as an adjuvant to many other toxic substances, combining to result a fatal outcome where often the other drug alone would not have caused death. Because of this ubiquity, it is wise to consider various angles of this wonder substance separately, with particular emphasis on medicolegal issues encountered in usual practical experience. Here, it may be mentioned that the terms ‘alcoholism’, ‘alcoholic’, etc. are not pleasant terms to describe a person’s drinking habits, as it implies stigma to the affected person. It is preferable to use the term ‘alcohol misuse’ to indicate excessive or repeated drinking, which may lead to social, psychological or physical problems. The most sensitive markers of alcohol misuse are the serum concentration of the enzyme gamma glutamyl transferase (gamma GT) and the red cell Mean Corpuscular Volume (MCV). Measurement of gamma GT activity is the best screening test available. The activity of gamma GT returns rapidly to normal after abstaining from alcohol and therefore may be misleading if measured after about 48 hours after the last drink. The MCV (high-normal or slightly elevated value, for example, ≥ 91 fL) on the other hand, takes up to about 3 months to return to normal after abstinence, reflecting red cell turnover by bone marrow. Other indicators may include serum uric acid (more than 7 mg/dL), carbohydrate-deficient transferrin (CDT ≥ 20 gm/L) and triglycerides (≥ 180 mg/dL).

Forensic alcohol test evidence relies upon contributions that follow the merger of various disciplines to provide the most accurate and comprehensive evaluation of test evidence [13]. For example, a chemist or toxicologist is often involved in quantifying the amount of alcohol in a sample of blood or other tissue. A law enforcement officer, or behavioral clinician, is often required to make observations and interpret behavior to determine if someone is intoxicated and impaired by alcohol. However, without additional specific training in physiology or biological sciences, chemists, toxicologists, psychologists, or others experts in one field may fail to recognize symptoms of impairment produced by factors unrelated to alcohol intoxication such as endocrine disorders, neurological disorders, or hepatic diseases. Similarly, an expert in medical physiology, for example, may not recognize a problem in the analytical measurement of alcohol before attempting to interpret other evidence. Consideration of many factors from different disciplines provides the most accurate reconstruction and interpretation of forensic alcohol evidence.

The effect of alcohol is evident after a few minutes, and the highest concentration of alcohol in the blood is after 30-60 minutes. In small quantities alcohol causes good mood, relaxation, the person is fun and talkative. With the increase in the amount of alcohol consumed, comes to behavior changes and sadness, indisposition and ferocity. The person loses control of the movement, stumbling, speaks indistinctly, has slow reactions and blurred vision. Such persons are extremely dangerous when operating a motor vehicle. These are the short-term consequences of drinking alcohol. The long-term consequences are much more serious and complex. Alcoholics often eat very little because alcoholic beverages have a higher or lower calorie value, so they often have a meal replacement. And if they do feed well, malnutrition does occur, however, because of the comprehensive damage to the body prevents proper absorption of nutrients from the digestive tract. 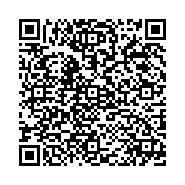