Background: It has been shown that religious beliefs and affiliations might be a protective factor for trying or using drugs.

Objectives: This study focuses on whether the choice to try a specific drug is also influenced by religion. The data were collected in the Cohort Study on Substance Use Risk Factors (C-SURF), a longitudinal study designed to assess substance use patterns and their related consequences in young Swiss men.

MethodsL: Between August 2010 and November 2011, 5990 males between 17.9 and 31.4 years old filed a questionnaire about their socio-professional and family background, their drugs use, and their religious affiliation and beliefs.

Conclusion: Drugs of choice, independently from religious affiliation and strength of belief, are mainly driven by the local social norms, but being religious and practicing has the highest protective factor for choosing any drugs. 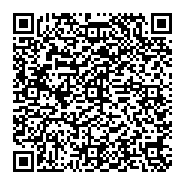