Burn injury of the skin is characterized by the damage to skin tissue from hot (scald, flash, flame, contact), cold, electrical, chemical, radiation, sunlight, or other sources. Burns constitute one of the most common causes of morbidity and mortality worldwide. They can result in significant disfigurement, physical impairment, work loss, psychological problems, and considerable economic burden. Prevention of burn is considered the best strategy to reduce the overall burden of burns. The impact and the management of burn injury depend on the severity of burn. Although minor burns can be treated at outpatient clinics, the management of patients with severe burns requires multidisciplinary approach in specialized burn care centers. Burn trauma differs from the other causes of injuries in many aspects. Increased knowledge about the pathophysiology of burn provided better treatment plans and led to the improvement of overall outcome for these patients [2]. As an emerging type of adult stem cell featuring non-invasive acquisition, Urine-Derived Stem Cells (USCs) have shown great potential for applications in tissue engineering and regenerative medicine. With a growing amount of research on the topic, the effectiveness of USCs in various disease models has been shown and the underlying mechanisms have also been explored, though many aspects still remain unclear [3]. Neurotrauma is a major cause of morbidity and mortality worldwide, and yet in many cases it is an avoidable one (consider road traffic accidents and alcohol-fueled assaults). In western societies road traffic accident-related neurotrauma has been in decline over the last few decades, whereas in developing countries the incidence has been increasing (Reilly, 2007). The human brain is highly vulnerable to injury, and injury can compromise the quality of life through profound cognitive and neurobehavioral dysfunction (Dash et al., 2010). Traumatic brain injury (TBI: a list of abbreviations is provided in Table 8.1) is an overwhelming and major global public health problem, and one of the most important causes of morbidity and mortality in both industrialized and developing countries (Sosin et al., 1996). Estimates by the World Health Organization indicate that 57 million people internationally have been hospitalized with one or more TBIs (Murray and Lopez, 1996) and approximately 52,000 die annually in the United States. In the United States, recent statistics from the National Center for Injury Prevention and Control reveal that approximately 1.7 million cases of TBI were reported each year from 2002 through 2006 (U.S. Department of Health and Human Services, Centers for Disease Control and Prevention, 2010). Of those patients, about 1.36 million (80%) were treated and discharged from emergency departments, 275,000 were hospitalized, and 52,000 died from their injuries. The leading causes of TBI were falls (35.2%), motor vehicle crashes (17.3%), struck by or against events (16.5%), assaults (10%), and unknown/other events (21%). Children aged 0–4 years, adolescents aged 15–19, and adults over the age of 65 are the age groups most likely to sustain a TBI, and children aged 0–14 account for almost 500,000 emergency department visits per annum. Adults aged over 75 years have the highest rates of TBI-related hospitalization and death. At the beginning of 2005, 3.17 million people in the United States were living with permanent disability as a consequence of TBI (Zaloshnja et al., 2008), highlighting the associated financial burden. To investigate if children and adults who are hospitalised for a burn injury have increased long-term hospital use for nervous system diseases. A population-based retrospective cohort study using linked administrative health data from the Western Australian Data Linkage System. Records of 30 997 persons hospitalised for a first burn injury in Western Australia during the period 1980-2012, and 123 399 persons who were age and gender frequency matched with no injury admissions randomly selected from Western Australia's birth registrations and electoral roll [4]. Burns cause acute damage to the peripheral nervous system with published reports identifying that neurological changes after injury remain for a prolonged period. To shed some light on potential mechanisms, we assessed injury etiology and patterns of nervous system morbidity after injury by comparing long-term hospital admissions data of burns patients and other non-burn trauma patients with uninjured people. Methods: Linked hospital and death data of a burn patient cohort (n = 30,997) in Western Australia during the period 1980–2012 were analysed along with two age and gender frequency matched comparison cohorts: non-burn trauma patients (n = 28,647) and; non-injured people (n = 123,399). The number of annual NS disease admissions and length of stay (LOS) were used as outcome measures. Multivariable negative binomial regression modelling was used to derive adjusted incidence rate ratios and 95% confidence intervals (IRR, 95% CI) and adjusted Cox regression models and hazard ratios (HR) were used to examine time to first nervous system admission after burn and incident admission rates. Results: The most common peripheral nervous system condition identified in each cohort (burn, non-burn trauma, uninjured) were episodic and paroxysmal disorders followed by nerve root and plexus disorders and polyneuropathies/peripheral NS conditions. Significantly elevated admission rates for NS conditions (IRR, 95% CI) were found for the burn (2.20, 1.86–2.61) and non-burn trauma (1.85, 1.51–2.27), compared to uninjured. Peripheral nervous system admission rates after injury (IRR, 95% CI) were significantly higher regardless of age at time of injury for the burn (<15years: 1.97, 1.49–2.61; 15–45: 2.70, 2.016–3.55; ≥45 year: 1.62, 1.33–1.97) and non-burn trauma cohorts 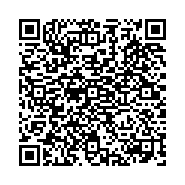