Cannabis Hyperemesis Syndrome (CHS) is characterized by cyclical intractable nausea and vomiting in chronic cannabis users. These symptoms are pathognomonically relieved by hot showers and baths. In spite of the recognized antiemetic properties of cannabis, a paradoxical effect of hyperemesis is described in CHS. The present case is that of a 29-year-old, 15-week pregnant woman who presented with symptoms suggestive of Cannabis induced panic disorder and Cannabis Hyperemesis Syndrome. The patient was stabilized symptomatically with intravenous fluids, antiemetics and later set up on long-term drug rehabilitation. The case highlights the need for clinicians to recognize symptoms of CHS in pregnant women in whom these symptoms may resemble other diagnoses. The incidence of Cannabis Hyperemesis Syndrome is projected to increase with the rise in marijuana use and legislative attempts to decriminalize recreational marijuana.

Cannabis is the most widely used illicit substance in the United States and worldwide. According to the United Nations Office of Drug and Crime (UNODC) in 2015, an annual prevalence of use of Cannabis is placed at 8.4 per cent among the population aged 15-64, an increase mainly driven by legislative changes [1].

Over the last several years, there has been a wave of debate in popular media and among legislators, politicians and human rights activists about the legalization of Marijuana all around the world. While the momentum appears to be in favor of a sweeping move to legalize the product for recreational purposes, concerns have also been raised about the potential for other health consequences that may arise. The incidence of CHS and other marijuana-related emergency department (ED) visits continues to increase significantly in states where marijuana has been legalized [1,2]. Cannabinoid Hyperemesis Syndrome (CHS) remains largely unrecognized and may not have received due attention in literature [3]. The syndrome is defined by cyclical and intractable nausea and vomiting with compulsive hot showers in patients who are chronic cannabis users. The classic symptom of cyclical vomiting relieved only with hot showers is regarded as pathognomonic of this condition [4]. The vomiting could be quite incapacitating, occurring up to twenty times daily and the compulsive hot showers that last for two to four days [5]. The vomiting is usually refractory to usual anti-emetics but improves with cannabis discontinuation.

The pathophysiology of CHS remains unclear. Tetrahydrocannabinol (THC) is the active ingredient in cannabis; it exerts antiemetic properties through its central nervous system effect but its paradoxical cause of intractable vomiting, is thought to occur due to its enteric stimulation of cannabinoid type 1 receptors (CB1) as it accumulates in fatty tissues. This hyperemetic peripheral effect thus overrides the central antiemetic effect. Cannabidiol (CBD) and Cannabigerol (CBG) are the other two non-psychotropic compounds found in cannabis which may also play a role in the pathophysiology of severe nausea and vomiting properties seen in CHS. CBD has a low affinity for CB1 and cannabinoid type 2 receptors (CB2), it enhances the expression of CB1 receptors in the hypothalamus and in animal models. CBD is anti-emetic in low doses but in higher doses it enhances vomiting. CBG on the other hand, is an antagonist at the CB1 receptor thus reversing the anti-emetic actions of lowdose CBD. The pro-emetic properties of CBD (at higher doses) and CBG may play a role in the severe nausea and vomiting observed in patients with Cannabinoid Hyperemesis Syndrome [6]. In addition, the dysregulation of the endogenous cannabinoid system by desensitization or downregulation of cannabinoid receptors have also been proposed as possible mechanisms of CHS. This disruption of the peripheral cannabinoid receptors in the enteric nerves may in fact, slow gastric motility and theoretically result in hyperemesis [6]. Finally, the pathognomonic symptoms of relief of CHS symptoms with very hot showers has been linked to TRPV1, a peripheral tissue G-protein coupled receptor shown to interact with the endocannabinoid system.

Sorensen and colleagues identified the following clinical characteristics of patients presenting with CHS: regular and chronic history of cannabis use for over a year, at least weekly cannabis use, severe nausea and vomiting, abdominal pain, recurrent cyclical pattern of vomiting, symptoms resolution after cessation of cannabis consumption, compulsive hot baths/showers with symptom relief as well as a male predominance [7].

CHS presents quite a clinical challenge during pregnancy as patients present with quite a striking similarity with hyperemesis gravidarum, a very well-known cause of vomiting in pregnancy. Our present case is that of a pregnant woman who presented with diffuse abdominal pain, severe nausea, intractable vomiting and dehydration in the context of chronic marijuana use [7].

Patient is a 29-year-old homeless, unemployed African American woman with an unclear past medical and psychiatric history. The patient presented at the emergency room with complaints of abdominal pain, recurrent vomiting and acid reflux. Pelvic sonogram on admission reveals a normal intrauterine gestation at 15 weeks. Initial laboratory and clinical findings were suggestive of dehydration. The patient was admitted to the medical floor, for symptoms related to dehydration, under the obstetrics service. The patient was started on intravenous fluids, antacids, Famotidine and Ondansetron for the nausea and vomiting. She however continued to have crying spells on the unit and complained of worsening anxiety symptoms for which psychiatric consultation was requested for an evaluation.

On initial evaluation, the patient was calm, cooperative and agreeable to the meet. She appeared sad, listless with profound anhedonia, punctuating her answers with several crying spells. The patient reported a long history of anxiety and panic symptoms that occur often with no recognizable triggers. She endorses about 3-4 panic attacks daily, with associated palpitations, peripheral numbness and sweating. She describes her symptoms as reaching a peak within minutes but only resolves when she gets a hot shower. It was also noted that the patient was observed in the shower several times daily according to nursing reports, often requiring several redirections to come out for morning rounds, meals and medications. Other symptoms associations with the panic attacks include transient peripheral numbness, a feeling of impending doom, chest tightness and dizziness. These episodes have been ongoing for several years and she has been self-medicating with marijuana. Her debut smoking marijuana was at the age of 12 and currently smokes up to 10 blunts/ day. In addition, she also endorses a depressed mood, poor sleep, feelings of guilt, poor appetite as well as poor energy lasting several weeks. She endorses excessive worry about her social situation, difficulty controlling her worry and anticipatory anxiety. She denies a persistently irritable mood, grandiosity, distractibility, decreased for sleep or impulsivity. She denies perceptual disturbances including visual, auditory or somatic hallucinations. She also denies suicidal or homicidal ideation, plans or intent. The patient was diagnosed with Cannabis use disorder; Cannabis induced panic disorder and Cannabinoid Hyperemesis Syndrome.

The psychiatrist discussed the utility of pharmacological agents in the management of panic attacks and anxiety symptoms but also the risks associated with such exposure bearing in mind the patient’s pregnancy. She was not started on any psychotropic medications but the psychiatry team recommended continued supportive therapy, psychoeducation about the cause of her symptoms (i.e. her extensive marijuana abuse) and a follow up for outpatient behavioral therapy and substance use rehabilitation. The patient continued symptomatic management: intravenous fluids, antacids, Ondansetron and diphenhydramine as needed for the nausea and vomiting. After about a week on admission, the patient’s symptom abated, she was reportedly less anxious, had less frequent hot showers and was able to tolerate regular diet. She was discharged to follow up at the psychiatric outpatient and substance abuse rehabilitation clinic as planned. Follow up several months after discharge reveals complete resolution of symptoms along with her abstinence from cannabis consumption and the birth of a healthy baby.

Cannabinoid Hyperemesis Syndrome is a relatively new conceptualization of an old problem. The term was coined in 2004 by Allen et al. [8]. Available literature on the topic especially as related to pregnancy is very sparse and limited to a few case reports [3,8]. It is noteworthy that the psychiatric consultation was requested for the patient’s anxiety symptoms. Her symptoms however, prompted the team to request a urine toxicology that was positive for cannabis and the patient later endorsed a chronic and ongoing history of heavy cannabis use. In pregnant women, hyperemesis gravidarum is a common differential of nausea and vomiting but a thorough history from the patient, urine toxicology and failure of response to conventional management may suggest other possibilities.

A prompt recognition of CHS is important for emergency room physicians and psychiatrists who are more likely to encounter these patients as they are tend to present in emergency rooms with classic symptoms. Such recognition may prevent a more extensive and unnecessary work-up in these patients, associated morbidity and mortality and ensure early institution of therapy. Fatalities attributed to CHS have recently been reported in literature, the authors reported the death of three individuals who presented at the emergency room with cyclical vomiting who treated symptomatically. In this report, the patients’ post-mortem blood revealed THC and the authors emphasized the importance of recognizing CHS as a potential cause or contributory factor to death in cannabinoid users [9].

CHS is known to show a recurring course, it lasts about 3-4 days but could last up to 7-10 days as in our patient who stayed in the hospital for about a week. Although, there is no clear evidence-based treatment algorithm for CHS, early haloperidol and olanzapine use have been reported to improve symptoms, traditional antiemetics, serotonin antagonists, dopamine antagonists and benzodiazepines only show limited utility and topical capsaicin has also been shown to be effective [5,10]. The San Diego Emergency Medicine Oversight Commission in collaboration with the County of San Diego Health and Human Services Agency and San Diego Kaiser Permanente Division of Medical Toxicology established an expert consensus panel to create a guideline for the treatment of CHS including the following (summarized) [5]:

a. Intravenous fluids for dehydration

• Hot water showers may be beneficial but patients are cautioned regarding burns from the hot water.

• Application of capsaicin cream (0.075% concentration, available OTC) topically to abdomen or back of arms.

• Provision of education, reassurance and referral to drug rehabilitation programs.

• Use clear documentation in the medical record for possible future visits with documentation of the word “Cannabis” or “Marijuana” in the diagnosis [11].

In addition to above measures in the management of our patient, whose symptomatology and presentation was complicated by her being pregnant and her anxiety and panic symptoms, the psychiatry team recommended and designed the following:

2. The patient was referred to an outpatient substance abuse management program for long term treatment.

The authors have no conflicts of interest to disclose. 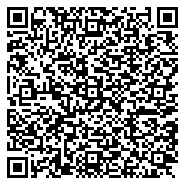