Introduction: Seizures are one of the most common presentations in children requiring urgent care in Emergency Departments. This study was conducted to determine the clinical profile, management and spectrum of patients presenting to Emergency department in a low middle income country.
Methods: This was an observational cross-sectional study carried out in Aga Khan University Hospital, Karachi, Pakistan. Data was collected on a predesigned questionnaire from June 2018- May 2019. Qualitative variables like gender and type of seizure were expressed as percentages and frequencies. Quantitative variables like age, levels of sodium, potassium and calcium were expressed as median, interquartile ranges and Wilcoxin Rank Sum test was used.
Conclusion: Seizure was one of the commonest neurological condition occurring predominantly in males. Febrile seizures usually donot require hospitalization. Emergency Department care was needed in majority of children and 45.7% were discharged directly from Emergency Room.

Children presenting with seizure in emergency department accounts for a higher number of visits, approximately 2.9%. Reported incidence is around 4 per 1000 under 10 years of age [1]. Seizure control usually requires transport to an emergency room and immediate management of continuing seizures with the key role of drug treatment for its termination. An ideal drug is the one which is easy to administer, effective, safe and has long lasting anticonvulsant activity [2]. Benzodiazepines are used as first line agents in parenteral, rectal and sublingual routes [3].

Intravenous lorazepam has been successfully used in status epilepticus both in the emergency room for children and adults as an abortive medicine [4] and has less respiratory depression and longer half-life [5]. Intravenous access poses a great problem in out of hospital setting and young children. In a difficult situation, rectal diazepam is the first line drug and is effective in 60%-80% of patients [6]. Investigation of children with seizures is based on history and examination as there is extensive differential diagnosis including meningitis, encephalitis, cerebral malaria, toxic ingestion, electrolyte imbalance, tumors and underlying chronic illness. Seizures can be the presenting symptoms of any serious underlying pathology. Prolonged seizures contribute to morbidity and can be life-threatening. Emergency room doctors and staff should be well aware of standard management in children who present with seizures in order to avoid complications of prolong seizures and early seizure control. Hence this study was conducted to visualize the clinical profile and management strategies for pediatric seizure control being followed in a tertiary care hospital in a Low-middle income country (LMIC).

A prospective observational cross sectional study was conducted at Aga Khan University Hospital, Karachi, Pakistan, a tertiary care teaching hospital. All patients presenting to emergency department with seizures both unprovoked and symptomatic (acute or aborted) were enrolled from June 2018 to July 2019. The study was approved from our Institutional Ethical Review Committee. The objective of the study was to determine the prevalence of seizures in pediatric emergency and to study the clinic-demographic profile and management of children. Data was collected on a pre-designed structured proforma. Qualitative variables like gender and type of seizure were expressed as frequencies and percentages. Quantitative variables like age, sodium and potassium levels were expressed as median and inter-quartile ranges and Wilcoxon rank sum test was used to compare the medians where applicable. Data was analyzed using Statistical Package for Social Sciences (SPSS v23). p-value of less than 0.05 was considered statistically significant at 95% confidence interval.

Among 19,867 children admitted to pediatric emergency department over a period of one year, 186 children fulfilled the inclusion criteria and were subjected to analysis (Figure 1). The prevalence of seizures amongst children presenting to pediatric emergency room was found to be 9.36 per 1000 children. Out of 186 fitting children, 108 (58.1%) were boys and 78 (41.9%) were girls. The median age of children presented with seizure was 26 months (IQR 13-51). We observed median age of 27 months (IQR 13-54) in males and 24.5 months (IQR 13.00-45.75) in females (p=0.75). Out of 186 children, 161 children (86.6%) were brought directly to emergency room, 23 children (12.4%) were referred from other hospitals and 2 (1.1%) were referred by a GP. Seventeen children (9.1%) were actively fitting when landed in ER and were treated with IV or per-rectal benzodiazepine to abort seizures. Out of these 17 children, seizures were completely aborted in 15 children (83.3%) by giving benzodiazepine whereas 2 of them (11%) required other anti-epileptic medications for treatment. 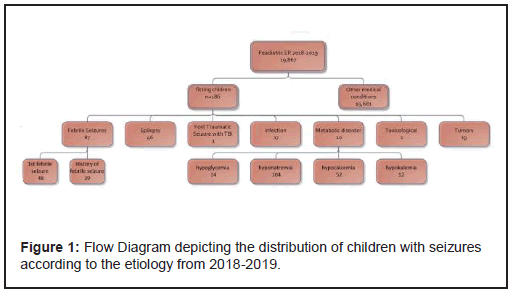 Figure 1: Flow Diagram depicting the distribution of children with seizures according to the etiology from 2018-2019. 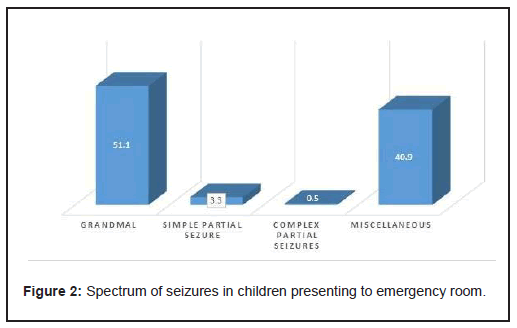 Figure 2: Spectrum of seizures in children presenting to emergency room.

In initial assessment, temperature was assessed in 172 (92.5%) children and 29 (15.6%) were febrile with temperature greater than 38 degree Celsius on arrival, 145(78%) had temperature less than or equal to 38 Celsius. Among children with febrile convulsions, 27(93.1%) were given antipyretic during ER stay. 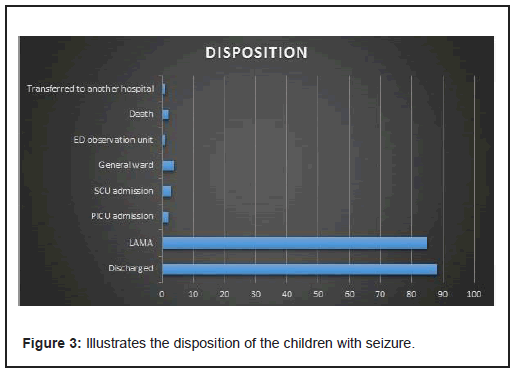 Figure 3: Illustrates the disposition of the children with seizure.

Seizures are most common in young children, predominantly in males younger than 5 years of age [7]. According to our study, we found a higher prevalence of seizures in males in comparison to females, i.e (1.4:1), similar male predominance was reported by Adhikari et al. [8]. Around 84 patients (45.2%) with seizures were found in between 12-36 months of age, this was in accordance with study conducted in China where majority of children were less than 5 years of age [9]. Benzodiazepine was the most common drugs to abort seizures by IV and per-rectal route in 83.3%. Studies have also suggested that benzodiazepine were the drug of choice for active seizures [10]. According to the studies grand-mal seizures were the most common seizures reported and we had a similar finding in our study that eye witness was more likely noticing grand-mal seizures whereas partial seizures were scarce [11].

Study suggested that first ever convulsive seizure was a common presentation in pediatric emergency room [12] and it was seen in our study that majority of patients presented with first-ever seizure. The duration of seizure was mostly less than 5 minutes but it was unknown in majority of children. Bergamo et.al in his study reported 70% children having less than 5 min of episode of seizure [13]. Febrile seizures were seen in significant number in our study population 46.8% amongst all children who presented with seizures which was comparatively higher as compared to study conducted by Chung et al. [14] whereas a study conducted by Ojha et.al indicated 68.6% children with febrile seizures in Nepal [15]. Hypoglycemia was reported in 7.5% of children with seizures whereas a pre-hospital study reported 1.5% cases of hypoglycemic fits [16]. Hyponatremia was one of commonest electrolyte disturbance found in 73.3% children in a study conducted by Surewanshi et al. [17], that was in conjunction with our study having 52%. In a study by Kamate et al. [18], they found that children with fits who had hypocalcemia were 23.1% which was nearly similar in our study 27.1%. Harnisch et al. [19] reported in a case study that hypokalemia was one of the associated factor observed in a 3 year old child with seizures, in our study we found that 2.7% children had low serum potassium. Our data suggested that most of the children presenting to ER has febrile convulsions 46.8% and 24.7% were known cases of epilepsy. The children presenting to emergency department with seizures less frequently require hospitalization in comparison to other diseases. Febrile seizures need monitoring and discharge from ED in majority of times. Gordon et al in his study [20], reported that febrile seizures were found to have 2.6 times higher admission rate as compared to non-febrile matched pair control. In our study we found that out of all patients who presented with seizures only 4.9% were admitted to in-hospital setting.

The study highlights a comprehensive review of clinical and demographic profile of children presenting to emergency department and describes a detailed spectrum of seizure. Majority of the patients were discharged form hospital after initial management.

This is an observational study hence no association was made with presentation of seizure and outcome. Hence we need better study to be conducted that can provide a clinical correlation can be made with radiological imaging. We did not apply AVPU scoring (Alert, verbal, pain, unresponsiveness) in our study which is an established tool for assessment of neurological status in children, hence the limitation of the study. AVPU scale would have helped to assess neurological status in children who present to Emergency Room as proposed by Hoffmann et al. and they emphasized on the fact that AVPU scoring should be done in prehospital setting as well [21].

Seizures are one of the most common neurological presentations leading to stress and anxiety among care takers. Seizures were found predominantly in male children. Most of the seizures witnessed were of Generalized Tonic Clonic type with Febrile convulsion being the commonest variety of seizures in our pediatric population. We suggest that attending physician should carefully decide on the set of lab investigations based on clinical history and examination to avoid excessive investigations in cases of Febrile convulsion whereas unprovoked seizures require hospitalization and detailed workup including brain imaging. The hospital resources should not be wasted in order to get extensive lab workup. A seizure protocol should be established in emergency department in order to avoid missing common causes of provoked seizures that needs to be followed.