Isotopic atom that has the same amount of protons but different numbers of neutrons is attacked by fast particles, fission occurs. The unstable isotope is struck by these accelerated neutrons, causing it to fission, or split into smaller particles. A neutron is accelerated during the process and strikes the target nucleus, which is Uranium-235 in the majority of nuclear power reactors today. This causes the target nucleus to split, releasing three high-speed neutrons, two smaller isotopes called fission products, and a significant quantity of energy.

In nuclear reactors, the heated water from this process is used to generate power. Rejected high-speed neutrons create projectiles that start more fission processes, or chain reactions. On the other hand, fusion occurs when two low-mass isotopes, usually hydrogen isotopes, combine in conditions of extremely high pressure and temperature. Under conditions of high pressure and temperature, hydrogen atoms of the tritium and deuterium isotopes combine to form neutrons and the isotope of helium. Additionally, a quantity of energy is released that is several times greater than that produced by fission. A bigger atom undergoes fission when a neutron smashes against it, causing it to excite and split into two smaller atoms known as fission products. A chain reaction may be started by other neutrons that are also released because they are simple to start and regulate, uranium and plutonium are most frequently utilized for fission processes in nuclear power reactors. In these reactors, the energy released during fission warms water into steam. To generate power, a turbine is spun by the steam. The same process that drives the sun generates enormous amounts of energy that are several times greater than those produced by fission. Furthermore, it doesn't generate radioactive fission products. Scientists are studying fusion processes, but they are challenging to maintain for extended periods of time due to the extreme pressure and temperature required to fuse the nuclei together.

The basis of nuclear science is the nucleus, which is composed of protons and neutrons. Understanding the mechanism underlying fission and fusion, which entail the dispersion and fusing of elemental nuclei and isotopes, is a goal of nuclear research. Any given element's subatomic particles have individual masses that, when added together, will always be more than the mass of the element's nucleus. Nuclear power is produced when nuclear fission or fusion releases energy, whereas nuclear binding energy is the energy needed to keep the protons and neutrons of a nucleus intact. There are a few points to such as the fact that an element's nucleus has a mass that is less than the sum of the masses of its protons and neutrons. The nuclear binding energy is responsible for the difference in mass. In essence, nuclear binding energy is treated as mass and becomes "missing." The nuclear energy, also referred to as the mass released from the process as neutrons, photons, or any other trajectory, is the missing mass, also known as the mass defect. In essence, the words mass defect and nuclear binding energy are equivalent. 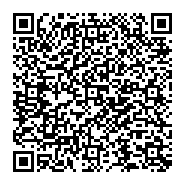