The purpose of the current study was to determine the radionuclides in ground water in Riyadh (Latitude 24.774N, longitude 46.738E) using High Pure Germanium (HPGe) gamma detector (GMX40POrtec). In addition, the drinking water bottles investigation was comparable to the groundwater used for other purposes by the resident in the area. The water sample analysis results show, the radioactivity concentration average of Uranium-238 (238U) is: 10.029 ± 3.013 mBq/L, for Radium-226 (226Ra): 2.224 ± 0.614 mBq/L, for Thorium-232 (232Th): 6.69 ± 1.664 mBq/L and for Potassium-40 (40K): 55.983 ± 6.349 mBq/L. The radium equivalent (Req) assessment was found in the range of 10.021 mBq/L to 20.123 mBq/L, while the internal hazard index (Hin) (i.e. >1) and the external hazard index (Hex) (i.e. >1). The level of radiation absorbed dose rates is found to be varied from 0.29 mSv/year -1.16 mSv/year. The element's radioactivity in the water compared to the international recommended data shows the lowest of the radiations values of the natural isotopes materials. The factor analysis and statistical is revealed that the 238U and 40 K concentration variations related to the same source in all samples.

Recent progress in radiation detection in the environment for natural radionuclides has led to an increased interest search of radiation impact on plants, water, and soil for human health. The uranium, thorium, radium and potassium and radiation level assessment in the groundwater and other sources of water used is important knowledge for the environmental effect. The anthropogenic activities contributed to the environment and other source contamination such as the sediment and building materials that can affect plant and human living. The aquifer rocks in the mineral and storing underground water normally contain natural radioactive can released in the water via the process of erosion [1]. Mainly, the radionuclide in underground water has different types on the soil and rocks in variable concentration and other sources of water contaminated by isotope’s influences from the atmosphere. Natural radionuclide materials that are more abundant in the water are 238U, 232Th, and 226Ra released from inner soil layer and rocks, while 40K potassium, is widespread natural radionuclide element [2]. The radiation emits from the isotope’s influence in the environment. Water contamination is strongly dependent on the types of rocks and soils which is caused by the process of leaching underground and geological matrix and earth's crust [3]. The radioactive contamination in the soil is backed by other sources of radioactivity such as the widespread use of fertilizers in phosphates for agricultural purposes that annihilate in food through water from the soil [4].

The environment is affected by the natural radioactive materials and humans, animals, and plants are exposed to radiation generated from different sources such as activity, medicine, and atmosphere [5]. The alpha, beta and gamma radiation have affected the human by radioisotopes elements in rocks, soil, and water that is exiting in various concentrations and can pose a potential health risk for human natural life [6].

The radioactive elements such as 238U, 232Th,226Ra and 40K are affected by soil, rock, and water on the geology of the region and the topographical site of the land are important factors enhancing the background of natural radiation [7]. The radioactive isotopes presents in water results from different sources, such as either released from the soil, or rocks that originates in the earth’s crust in the province and the atmosphere, and windblown dust due to the geographical location [8]. The series of the 238U decays to 234Th and reaches 206Pb (lead) in several process and emits alpha, beta, and gamma radiation from 234Th, 234Pa (protactinium), 234U, 230Th, 226Ra (radium), 222Rn (radon), 218Po (polonium), 214Pb (lead), 214Bi (bismuth), 214Po (polonium), 210Pb (lead), 210Bi (bismuth), 210Pb, and 206Pb that contributed to the soil, rocks, water resources and the atmosphere [9]. The daily human intake is about two litres as recommended by the World Health Organization (WHO, 1993). The uranium and thorium decay series are the common radioactive materials penetrated in the natural water cycle that contributed to the drinking water from all sources of radionuclide from the earth's crust and rocks (WHO, 2006). Consequently, water radioactive contamination requests frequently detection for radiation hazard indices that can give reference data for the decision-makers to control the possible future anthropomorphic impact in environmental radioactive contamination on human health risk [10-12]. Therefore, the radioisotopes measurement of groundwater for the daily use by the human is an important subject of interests to govern the radiation hazards relative to the dose rate concentration, radiation equivalent level, the internal hazard index (Hin) and the external hazard index (Hex) [13-15]. The Radium activity equivalent detection is measured in relation to the following equation [16]:

where CRa, CTh, and CK represents the concentration of Radium, Thorium, and Potassium in mBq/L respectively.

The relation of the internal hazard index is measured due to the following equation [17].

The external hazard index is determined relative to the following equation.

The level of the absorbed dose rate is assessed from the relation:

where CU, CTh, and CK represents the Uranium, Thorium Potassium concentration in mBq/L and equivalent to factor in mSv/ year respectively.

The radioisotope measurement and radiation dose in underground water and drinking water investigate from the different areas around Riyadh and in the middle of the major producers of drinking water across the area. The gamma detector-HPGe (GMX40P-Ortec) uses to analysis the radioactivity of the isotope to investigate the level of 238U by the gamma detection of 214Bi, 232Th via 208Tl and 228Ac gamma radiation, 226Ra analyses by the gamma radiation of 214Pb, while the 40K emits gamma radiation in underground water samples from different locations [17]. The gamma spectrometer efficiency calibrated using Europium 155Eu, Antimony 125Sb, Cesium 137Cs and Cobalt 60Co for the pure germanium detector [18]. Figure 1 provides the energy relation and detector efficiency due to the evaluation of the radiation. It also presents the results obtained from the measurement, analysis of radionuclides 238U, 232Th, 226Ra and 40K concentration in ground water. 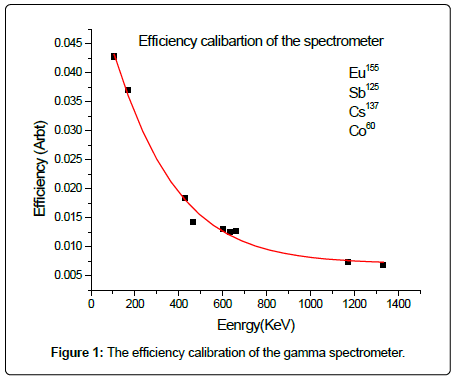 Figure 1: The efficiency calibration of the gamma spectrometer.

Several samples collected from the area due to the different supply of the cities from groundwater for drinking and other uses. However, the groundwater sample measurement of the radiation collected from various areas in Riyadh and the analysis was carried out using a germanium gamma detector. The sample element's concentration of 238U, 232Th, 226Ra, and 40K have been analysed from deep wells and company's bottles, drinking water to investigate the levels of radioactive isotopes [19]. Mainly, the water is more used in this area due to the desert region and an increase in the temperature in the summer session.

Gamma spectrometer technique is the accurate detection equipment used for analysis, gamma radiations emitted from isotopes. Samples of groundwater analysed for radioactive elements that show various concentrations of elements in five locations in Riyadh city besides drinking water bottles from three companies (Figure 2). The results of this study shows that Uranium 238U activity calculated from the gamma line of 214Bi and energy 1120 KeV and thorium 232Th by measuring the gamma energy of 228Ac of 911.204 KeV and 338.32 KeV and the activity of 208Tl gamma energy of 583 KeV. The two gammaray lines of 214Pb of the energy 295.224 KeV and 351.932 KeV are used to measure 226Ra the activity, while the gamma line of 40K is measured directly by the energy of 1460 KeV.

Statistical analysis determined the analysis of the Principal component that provides the difference in elemental variation of 238U, 232Th, 226Ra and 40K in factor loadings and factor score coefficients, based on correlations (238U.sta) in the Riyadh area. Statistical factor score coefficients have analyzed the data based on the correlation on 238U indicates a positive value in the factors associated with 40K in Table 1. The principal components analysis, factor loading in Tables 2 and 3 provides the 238U correlation and 40K and with a minimum value of 232Th. However, the 238U and 40K relation is exiting in all locations under investigation that possibly related to the same sources of contamination. Figures 3 and 4 shows the plane projection of 238U value 40K that indicates the variable values of the two radionuclides are associated in all locations to one source of rocks and soil [20]. Figure 3 displays the factors values of 238U and the value of 40K exists in a quarter of the diagram, which indicates concentration variation of the same origin of contamination of ground water. Accordingly, the factor values of 226Ra and 232Th have concentrations show the random values. Figure 4 shows the projection of the factor 1 and factor 3 confirmed that the 238U value and 40K concentrations are related to the same source and 226Ra and 232Th indicates different factor values and concentrations. Table 1 illustrates the range of the radioactive element concentrations of the present work compared to the international lectures. Uranium levels in the water were found in the east of Riyadh and the lowest level in the centre of the city, while the bottles, drinking water products by the companies in minimum radiation average values compared to the international standard level [21].

Table 1: Presents the international data compare to the present work. 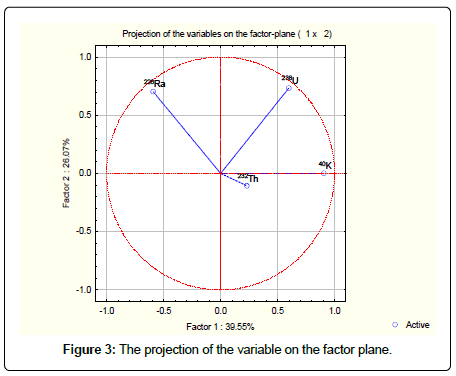 Figure 3: The projection of the variable on the factor plane. 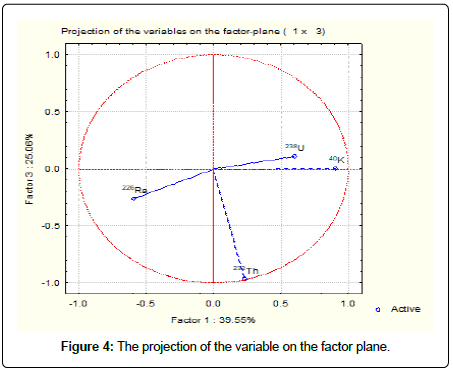 Figure 4: The projection of the variable on the factor plane.

The investigation of radium equivalent (Req) calculated from the concentration that the activity in the range of 10.021 mBq/L to 20.123 mBq/L. This study set out to find the internal hazard index (Hin) of 0.0495 and the external hazard index (Hex) indicted 0.0435. In addition to the level of absorbed dose rates is varied from 0.29 mSv/ year to 1.16 mSv/year as compared to the corresponding international literature values show lower values (ICRP). The results of this research confirmed the average values of radiation exposure in ground water and bottle water in a lower limit than recommended international data.