As we know that atelectasis is very advanced but a major procedure so it may give rise to multiple complications, some of them are discussed as above. There are different factors which interfere with normal respiratory mechanics due to atelectasis i.e. pain due to sternotomy and air presence in the pleural space which leads to guarded breathing, increased mucus production and decreased mucociliary clearance (post general anesthesia effects) are some of the important causes which affect the gas exchange and promote hypoxia, hypercapnia and tachypnea [3]. In these circumstances, if the patient also develops decrease lung compliance due to air in the lung then it may lead to increase pleural pressure and comprises lung expansion causing further deterioration of the condition.

As we know that in atelectasis there is a decrease the lung compliance, due to which one or more areas of the lungs collapse or don't inflate properly it can also affect the movement of the doom shape of the diaphragm, which is the principal muscle of respiration. It can also affect arterial blood gasses. It can also affect lung volumes and capacities and as whole chest pain is increased and the patient can breathe very hard. So in this way atelectasis severely affects respiratory mechanics and hence it may decrease lung compliance and aids in the severity of condition further [4].

A peak flow meter is a simple and very low price device which is used for measuring how well the air moves away from your lungs. Measuring your peak flow using this meter is an important part of managing your asthma symptoms and preventing an asthma attack.

This study was done on admitted patients of atelectasis at Lady Reading Hospital (LRH) Peshawar Pakistan from August 2015 to January 2016. A total of 56 patients were included in this study as per the inclusion and exclusion criteria. Patients were selected by nonprobability convenient sampling and then distributed randomly into control (n=28) and experimental (n=28) groups.

General physical therapy protocol (mobilization, static walk, breathing exercises and in bed activity) given to both the groups were the same but active peak flow meter exercises were performed only by the experimental group. Different tools were used in this study like auscultation scale of the chest, Arterial Blood Gases (ABGs) and dyspnea Borges scale. All these variables were analyzed by SPSS 20 [7].

After coordination of supervisor, co-supervisor, peer review, intensivist, and national cardiopulmonary Physiotherapists a good structure strategy and questionnaire were prepared and this questionnaire was used to collect the data from the control group and experimental group. As the pre-treatment assessment was done and different variables were noted which includes auscultation scale of the chest, Arterial Blood Gases (ABGs) and dyspnea Borges scale which is also known as modified Borg scale for perceived dyspnea or Shortness of Breath (SOB) [8].

Furthermore, an instructor was also there to perform the active peak flow meter exercises in front of the patients in the experimental group. While instructing the patients in the experimental group the instructor instructs them to inhale as much air as they can and then exhale the air through the peak flow meter slowly and gently. The same session was repeated two [2] hourly in the morning and evening shifts. And then progress was noted through questionnaire twice/24 hours. And these protocols were followed for a week. On duty, the medical officer was involved to grade the chest movements by auscultation. While the other 28 patients which were in the control group were following the general physical therapy protocol which includes mobilization, static walk, chest physiotherapy, breathing exercises and in bed activity according to the standard operating procedures as per hospital policy [9,10].

Table 1: Showing the number of males and females in the experimental and control group.

Table 2: Showing a number of patients with different levels according to Borges dyspnea scale in the experimental and control group on day three.

Figure 1: Showing a number of patients with different levels according to Borges dyspnea scale in the experimental and control groups on day one. 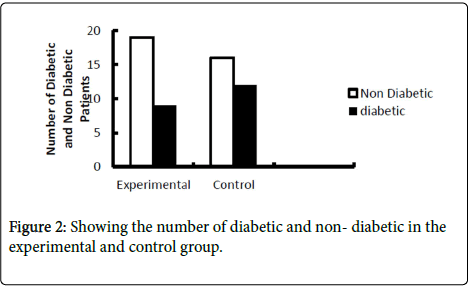 Figure 2: Showing the number of diabetic and non- diabetic in the experimental and control group.

As up to our knowledge this is the first report to find out the effectiveness of peak flow meter exercises in patients with decreased air entry in lungs post atelectasis in Pakistan. This study was purely for improvement of knowledge; Advancement in physical therapy for Intensive care patients, as well as the researcher, was interested to introduce the evidence-based practice in the felid. But there are multiple studies done to improve lung expansion, it is noted that incentive spirometer and other devices are widely used to improve lung expansion. Different lung expansion exercises are also used to improve lung expansion in atelectasis patients, these researches are done internationally and different techniques were used to overcome and to optimize lung function.

According to this study's peak, flow meter exercises show early improvement in lung expansion. The results of the experimental group show highly significant values for Borges dyspnea scale, pulmonary function test and significant in the partial pressure of oxygen as compare to the control group. Furthermore, these results also suggest the effectiveness and role of peak flow meter exercises to improve lung expansion in post atelectasis patients. And it is also noted that the use of this technique also helps to overcome the respiratory crisis and make the treatment cost-effective. It is noted that this technique is very effective to improve lung expansion thereby to overcome respiratory crisis and cost of treatment but the larger sample size is required to authenticate the technique. 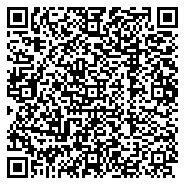