Atrial flutter (AF) is defined a rapid regular atrial rate of 300-600 bpm accompanied by variable degrees of atrioventricular (AV) conduction block. This  is rare in fetuses and neonates. Fetuses and neonates with atrial flutter or ectopic atrial tachycardia were more likely to be macrosomic or born to diabetic mothers than the general population. Postnatal echocardiography suggests that there may be abnormal diastolic left ventricular filling in some babies with these arrhythmias. Fetal AF is a serious and threatening rhythm disorder; particularly when it causes hydrops, it may be associated with fetal death or neurological damage. The risk of sudden death from 20 to 40 weeks of gestation is 6 to 12 deaths /1000 fetuses per year. Treatment is primarily aimed at reaching an adequate ventricular rate and preferably conversion to sinus rhythm. Prompt recognition of the arrhythmia and initiation of adequate therapy will be lifesaving. Here we reported a full term baby girl who was born by emergency cesarean section based on fetal tachycardia which persisted after birth. Postnatal cardiac evaluation revealed evidence of AF which was eventually converted to normal sinus rhythm by the use of Amiodarone after failure of 3 doses of Adenosine.

In the fetus, atrial flutter is defined as a rapid regular atrial rate of 300-600 bpm accompanied by variable degrees of AV conduction block, resulting in slower ventricular rates. Abnormalities of rhythm in the fetal heart occur in up to 2% of all pregnancies and account for 10–20% of all referrals for fetal echocardiographic evaluation [1]. Sustained tachyarrhythmia in the fetus is a rare but serious finding, with an estimated incidence of 1: 10 000 to 1: 25 000 pregnancies [2].

Atrial flutter accounted for 26.2% of all cases of fetal tachyarrhythmias [3]. It is associated with atrial rates of 300 to 600 beats/min and an irregular ventricular response (usually at ventricular rate of 190 to 240 beats/min) [4,5]. This likely underestimated the incidence of atrial flutter in utero because spontaneous conversion often occurs during birth and subsequent recurrence is uncommon.

During this type of tachycardia, the atrial rate is so rapid that normal AV nodes usually display a physiologic second-degree block, with a resultant 2:1 conduction ratio. In Fetus with accessory AV nodal pathways, a 1:1 conduction ratio may occur through the accessory pathway with resultant ventricular rates of 260-340 bpm, which can cause sudden death. It also can lead to hydrops fetalis (40% of fetuses with atrial flutter) and a neurological damage, mortality rate of 6% to 30% [6].

A baby girl born for a 34-year-old G4P3 mother with gestational diabetes at 39 weeks of gestation with birth weight of 3240g by emergency Caesarean section in view of Continuous Topographic monitoring showing non-reassuring fetal tracing and fetal tachycardia on Doppler. Apgar scores were 8 and 9 at 1 and 5 min respectively. Mother’s blood group was B positive, rubella doubtful, HbsAg negative, and HIV negative. Antenatal medications included paroxetine daily and prenatal vitamins. Prenatal ultrasound on day of admission showed fetal tachycardia (more than 200 bpm) and no evidence of hydrops with decrease in Amniotic Fluid Index. Past obstetric and medical histories were unremarkable. Mother denied tobacco, caffeine, or recreational drug use. Fetal heart rate had been normal on prenatal visits and her last visit was at 34 wks of gestation.

Immediately after birth, baby cried and was active with initial heart rate of 264/min at 11th min on Massimo’s pulse oximeter. Initial temperature immediately after birth was 36.4c. She was admitted to NICU in view of persistent tachycardia after observation over 45 minutes.

At 1 hr of age, 12 LEAD ECG was done showed narrow QRS complex tachycardia with multiple P waves seen, the HR was still 254/ min with BP=71/56 mmHg (Mean=60 mmHg) and a simultaneous blood glucose level of 6.4 mmol/dl. On examination, the baby was hemodynamically stable. Rest of the clinical exam was normal. 12 lead EKG was suggestive of SVT (Figure 1). Chest X-ray showed no cardiomegaly or signs of RDS/pulmonary edema. The initial blood gas, CBC, and renal function tests were all normal. At 2 1/2 hr of age, cardiology team was consulted and vagal maneuvers via application of ice bag to the face done but did not convert the rhythm to normal sinus. Umbilical venous catheter (UVC) was inserted. Adenosine (50 mcg/kg) was administered through the UVC and D10 Water at rate of 60 ml/kg/day (glucose delivery rate=6.8mg/kg/min) was started. The first adenosine dose resulted in the HR decreasing transiently to the 130’s for about 1 min and rising back to 250/min.

The second dose of Adenosine, at 100 mcg/kg was administered at 2 hr 40 min of age. The HR decreased to the 120’s transiently and increased to the 250’s immediately. ECG still showed narrow QRS complex tachycardia.

The third dose of Adenosine at 2 hr 50 min, at 150 mcg/kg was administered via UVC and HR came down to 130’s and was back to 220’s and sustained. ECG monitor showed atrial flutter (Figure 2).

As the three doses of Adenosine (given IV as rapid push through central line) failed to convert the rhythm to normal sinus, Amiodarone was started with loading dose of 5 mg/kg/over 1 hr followed by infusion at rate of 7 mcg/kg/min after doing LFT base line investigation.HR started to drop

Sinus rhythm was established at 3:45 hr of age. Echocardiogram revealed a structurally normal heart with tiny PDA and Final impression of atrial flutter was made with 2:1 conduction as the ECG was showing multiple P waves in between the QRS complexes (Figure 2).

Echo was repeated at 22 hr of age and was normal. Holter monitor was connected after restoring sinus rhythm to monitor electrical disturbances and analyzed over 18 hr 45 min. It showed an average HR of 119 bpm (with max HR 171 bpm and min HR 84 bpm).

Feeding started on 2nd day, during the rest of the stay in the NICU with no further recurrence of AF. Baby was discharged on oral maintenance Amiodarone (10 mg/kg/day) on Day 6 of age.

In the fetus, AF occurs mainly during the third trimester. The atrium is believed to reach a critical mass to support an intra-atrial macro reentry circuit at about 27-30 weeks’ gestation [7].

Fetuses of diabetic women require special care, both prenatally and within the first days of life. The risk for structural congenital heart defects is higher in fetuses born to women with pre-gestational diabetes and, to a lesser extent, gestational diabetes [8-10]. This has prompted routine fetal echocardiography in women with Diabetes Mellitus.

Most fetuses and neonates with atrial flutter have structurally normal hearts, as in our patient. However, when atrial flutter is detected in a fetus, structural cardiac anomalies such as Epstein anomaly of the tricuspid valve and AV septal defects should be checked out.

It is diagnosed clinically by fetal tachycardia during CTG study as well as by fetal echocardiography. Most of the AF will be recognized to have tachycardia in labor, a condition that may be misinterpreted as indicating fetal distress, which was the reason for our baby to be delivered by emergency cesarean section. Neonatal sepsis is one of the major causes for fetal distress, for which blood culture was taken and baby was started on broad spectrum antibiotics. Drug therapy is indicated in atrial flutter with or without non-immune hydrops. Drugs used are digoxin, verapamil, amiodarone and propafenone in doses higher than the usual [12]. DC cardioversion of atrial flutter is also successful in terminating neonatal atrial flutter although the effect may be transient with chances of relapse [13].

Fetuses and neonates with AF or ectopic atrial tachycardia were more likely to be macrosomic or born to diabetic mothers than the general population. Most of the AF may be misinterpreted as fetal distress. AF is a serious and life-threatening rhythm disorder of the human fetus and neonates. Specifically, when it causes hydrops it is associated with fetal death or neurological damage. Treatment therefore is required, primarily aiming at reaching an adequate ventricular rate and preferably conversion to sinus rhythm. It seems important that relapse of back and forth and in and out of flutter should be prevented to protect the fetal brain. 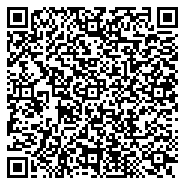