In this article, three steps block method with three generalised hybrid points is developed for the solution of second order initial value problems of ordinary differential equations. The derivation of this method is achieved through interpolation and collocation technique where power series approximate solution is employed as the basis function. In comparing the new method with existing methods, specific hybrid points are selected for solving some second order initial value problems. The results generated outperform the existing methods in terms of error.

In this paper, the numerical technique for solving directly second order initial value problems of ordinary differential equations (ODEs) of the form

is examined. The reduction of (1) to a system of first order ODEs is associated with the following setbacks which include lot of shuman efforts and many functions to be evaluated per iteration which may jeopardize the accuracy of the method as discussed in Lambert, Fatunla, Brugnano and Trigiante, Awoyemi and Jator [1-5]. The introduction of specific hybrid points between grid points has been considered in the development of numerical methods for solving ODEs directly by some scholars namely Kayode and Adeyeye, Odejide and Adeniran, Sagir, Yap, Ismail and Senu amongst others [6-9].

In order to bring improvement on numerical methods, this article discusses the derivation of a three–step block method with three generalised hybrid points for the solution of (1) directly.

Also in examining the accuracy of the new method and for the purpose of comparison with some existing methods, a specific hybrid point is selected.

Derivation of the Method

In developing this method, power series of the form 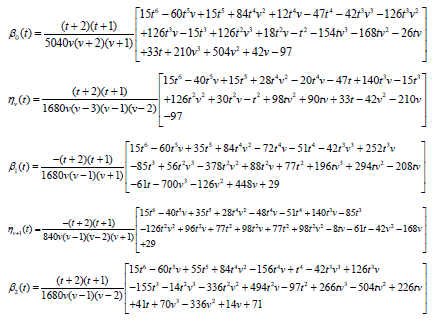 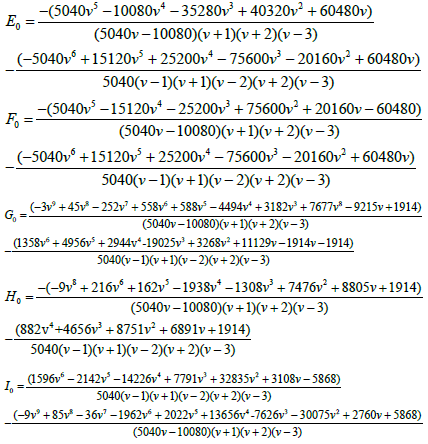 The derivative of the generalized hybrid block (7) gives 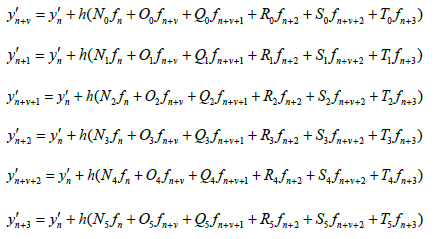 This produces the block with its derivative

The following second order initial value problems of ODEs are considered in order to examine the accuracy of the new developed method.

The derivation of block method with three generalised hybrid points through interpolation and collocation approach for solving second order initial value problems of ODEs has been examined in this paper. In order to compare the new developed method with the existing ones, a specific hybrid point was selected and the results generated compared favourably with existing methods in terms of accuracy. These are evidently shown in Tables 1-3.