Neuroboriellosis and Associated Myoclonus in a Patient with Kartegenerâs Syndrome

Kartegener’s Syndrome is an autosomal recessive disease with primary ciliary dyskinesia. It has a triad of bronchiectasis, dextrocardia or situs inversus and chronic sinusitis. Lyme disease is a multisystem illness. It is referred to as neuroboriellosis if neuropsychiatric involvement is predominant. Myoclonus is a rapid and short hyperkinetic motion disorder. Its secondary etiology is located in the subset of post infectious disease. In this case report we are presenting a female patient of 38 year old known to have Kartegener’s Syndrome who had myoclonic contractions. In the etiological work up, no other finding other than acute infection with Borrelia burgdorferi was found. Lyme disease is a rare etiological factor in involuntary movements, which directed us to prepare this case report.

Kartegener’s Syndrome is an autosomal recessive disease with primary ciliary dyskinesia. It has a triad with bronchiectasis, dextrocardia or situs inversus and chronic sinusitis [1]. Lyme Disease (LD) is an infectious disease caused by Borrelia burgdorferi. This infectious agent is a spirochete transmitted by tick bites [2]. Being a multisystem disease, LD manifests itself with dermatologic, skeleton-muscular and neuropsychiatric symptoms [3]. Atypical findings can be absent in neuroboriellosis. These are, acute idiopathic polyneuritis, urinary retention, hyponatremia, sensory deficits, visualhallucinations and constipation [4].

Myoclonus is a rapid and short hyperkinetic motion disorder. It is divided into three groups according to etiology; physiological, essential and epileptic. Secondary myoclonus may result from cortical or subcortical disease. Among the secondary reasons, postinfectiousencephalitis belongs to the subset of cortical reasons [5].

In this case report we are presenting a 38 year of female patient known to have Kartegener’s Syndrome who had myoclonic contractions. In the etiological work up no other finding than acute infection with Borrelia burgdorferi was found. Lyme disease is a rare etiological factor in involuntary movements, which directed us toprepare this case report.

A 38-year-old woman living in the village working as a farmer, admitted to the outpatient neurology clinic with myoclonic contractions which increased gradually for the last 4 years. She has been followed for Kartegener’s Syndrome (bronchiectasis, situs inversus and chronic sinusitis) for 20 years. Her solid organs located in the abdomen and thorax on the opposite location (Figure 1). She has been followed for Bronchiectasis and pansinusitis by the Clinics of Pulmonary Medicine and ENT. She had immotile cilia and anosmia and she had been treated for Pneumonia caused by Pseudomonas Aeruginosa. In the ultrasound imaging of the abdomen, it was seen that the solid abdominal organs were located on the opposite side. Figure 1: Chest x-ray (a), extensive varicose bronchiectasis in two lungs can be seen in HRCT sections (b and c). In Chest x-ray dextrocardia and stomach bubble located at the right side (situs inversus totalis) can be seen as well.

The patient has been experiencing numbness on the right foot which was relieved by motion, right knee pain and difficulty in standing up for approximately 5 years. She also had stabbing type back pain and pain that was aggravated by deep inspiration. The patient experienced fasciculations in her body, legs and sometimes in her face which was sometimes accompanied by a brief jerk. These involuntary movements happened while she was asleep. She was admitted to a neurology outpatient clinic but no pathological finding was discovered in the EEG. She was prescribed valproic acid for involuntary movements. The patient experienced partial relief. Acute pansinusitis and otitis were the only pathological findings in the cranial CT and MRI (Figure 2). Her treatment was modified with theaddition of levetirasetam and the cessation of valproate.

Figure 2: In axial section of paranasal CT (a), in the coronal reformatted images (b) and brain MRI (c). In all paranasal sinuses mucosal thickening showing pansinusitis and air-liquid levels can be seen. Abbreviations; CT: computed tomography MRI: magnetic resonance imaging.

The patient experienced partial relief with the new treatment as well and for the last year she had 20 daily involuntary movements all through her body. She has been experiencing knee pain andoccasionally fever.

She was admitted to our clinic. Synchronized EEG and videomonitorization was utilized but no epileptiform activity was observed during the myoclonic contractions. Posterior Tibial SEP and median SEP was normally range. Extended routine laboratory workup was done. When the acute phase reactant results were analyzed retrospectively increase in CRP, ESR and WBC values secondary to chronic infection was noticed. Nothing special was noticed in Vasculitis tests, Lupus anticoagulant, ANA, ds-DNA. Her liver function tests were within the normal range. She had normal seruloplasmin levels and she had no Kaiser Flesher Ring in the ocular examination, thus Wilson’s disease was ruled out. For the investigation of LD, Borrelia burgdorferi antigens came out to be Ig M (+) and Ig G (+) in the Elisa and Ig M (+) and Ig G (+) in the Western Blot. She was internalized in the Infectious Disease Clinic. She had no history of tick bite. Ceftriaxone 2×1 gr iv and tetracycline 2x100 mg iv treatment was initiated. Posttreatment 3rd month Borrelia burgdorferi antigen values were Ig M (-), Ig G (++), and the 5th month antigen values were Ig M negative, Ig G positive (+) in the Elisa. No change in the involuntary movements was observed after the antibiotherapy butthe acute phase reactants decreased.

Kartegener’s Syndrome is an autosomal recessive disease with primary ciliary dyskinesia. It has a triad with bronchiectasis, dextrocardia or situs inversus and chronic sinusitis [1]. Chronic bacterial infections are common due to accumulating secretions. The most common infectious agents are Haemofilus influenza, Pseudomonas aeruginosa, Streptococcus pneumonia, Moraxella kataralis and Staphylococcus aureus [6]. Our case was followed forPseudomonas aeruginosa in accordance with the literature.

Myoclonus is a rapid and short hyperkinetic motion disorder [5]. It is classified as cortical myoclonus, brain stem myoclonus and spinal myoclonus according to its etiology. In cortical myoclonus abnormal activity starts in the sensory motor cortex and it continues through the spinal cord in the pyramidal tract [7,8]. In propriospinal myoclonus, muscles are activated and the activity is both from up and down. Axial myoclonus consists of flexion of the neck and body, abduction of the arms and flexion of the hips. It could be caused from the spinal cord or the brain stem. Spinal trauma, infection, tumor and disc herniation were defined in its etiology [9]. Brain stem reticular myoclonus is the most important reason of axial myoclonus. The myoclonic activity starts from the lower brain stem and spreads tothe higher brain stem and the spinal cord. There is no relation with the cortex. Anoxic encephalopathy, posttraumatic encephalopathy,sarcoidosis, viral encephalomyelitis, MS and paraneoplastic reasonsare the causes among the many etiological factors [10-14]. InHastamızda yapılan video EEG, the posterior Tibial SEP and medianSEP responses was not considered because it has not detected specialcaracter myoclonus for özellik saptanmaması nedeniyle kortikalmiyoklonus düşünülmemiştir Cortical myoclonus was ruled outas no pathological finding was found in the video EEG in PosteriorTibial SEP and median SEP response . Our patient had head andneck flexion type jerks which was more prominent on the left upperextremity. The jerks were abduction in the arms and flexion in thelegs. They were consistent with axial myoclonus especially brain stemreticular myoclonus. As the patient did not have history of trauma,tumor or anoxia infectious etiology was considered to be the reason.In the infectious disease workup acute neuroboriellosis infection wasfound. Neuroboriellosis causes lymphocytic meningo-radiculopathyafter 4-6 weeks of inoculation. This causes painful sensory complaintsand motor radiculoneuritis [15,16]. Limited number of cases withproprioceptive myoclonus and LD were reported in the literature[17,18].

Chronic pain and arthralgia are commonly seen together in Lyme disease [19,20]. The patient had extensive muscle and joint pain for 1-2 years which was in conjunction with the literature. Our case had increased ESR and CRP values. According to the literature increase in ESR and CRP could be seen in LD [21,22]. Since the patient has been followed for Kartegener’s Syndrome with chronic sinusitis, bronchiectasis and immotile cilia the rise in the infectious markers could be secondary to chronic infection or Lyme disease. After treatment for Lyme Disease the acute phase reactants decreased. The chronic joint and stabbing back pain that the patient experienced for 4-5 years were ignored and linked with her chronic condition. According to the literature in some elderly patients who admitted with the symptoms of Polymyalgia romatica and increase in ESR and CRP values; Lyme disease is discovered [23]. In cases with ESR and CRP increase and extensive muscle and joint pain as the initial symptoms who have other chronic conditions differential diagnosis could be quite challenging and establishing definitive diagnosis could be delayed. We think the diagnosis was delayed from the same reasonin our patient.

In conclusion, in patients presenting with atypical symptomslike progressive myoclonic jerks, extensive muscle and joint pain infectious and treatable etiologies like LD could be thought in thedifferential diagnosis.

Written informed consent was obtained from patient whoparticipated in this study. 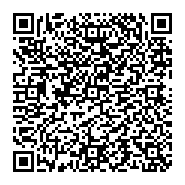 International Conference and Expo on Neuroscience and Neurocare