Perception of Time Since Smoking Cessation: Time in Memory Can Elapse Faster

Self-reports concerning smoking behaviors are subject to different types of response bias that may severely affect the data quality. This study examined the evidence and extent of backward telescoping
bias in reports on time since completely quitting smoking among former smokers. The study goals were to determine whether the extent of bias differs, on average, across subpopulations with diverse sociodemographic characteristics, prior smoking habits and duration of smoking abstinence, and across the survey administration mode (phone, in-person, mixed). The sample included 1,611 subjects who responded to the 2002-2003 Tobacco Use Supplement to the Current Population Survey. Multiple
regressions for subjects who quit smoking recently, some time ago, and a long time ago were fitted, where the variance was estimated via the Balanced Repeated Replications approach. The modelbased estimates were used to compare the extent of response bias across diverse subpopulations of respondents. Analyses revealed a significantly smaller overall extent of response bias for respondents who were younger (p < 0.01), female (p < 0.01), Non- Hispanic White (p = 0.02), employed (p < 0.01), who were regular (rather than occasional) smokers in the past (p < 0.01), and who quit smoking recently or some time ago as opposed to a long timeago (p < 0.01); a significant overall effect of survey mode was also detected (p < 0.01). Male respondents who smoked occasionally in the past tended to provide the most disagreeing reports. The discrepancy in reports may be due to backward telescoping bias. Studies which use the national survey smoking cessation measures should be aware of not only possible forward telescoping (that has been addressed in the literature) but also backward telescoping. This will help correctly account for possible impaired perception of time elapsed since smoking cessation in former smokers. 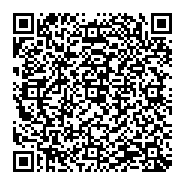