Figure 1: CSF analysis of DPPX antibodies where (A) HEK 293 cells expressing DPPX-L immunostained with patient’s CSF. (B) A mouse monoclonal antibody against DPPX. (C) The merged image demonstrates the overlap of both signals (white arrow).

She was treated with IV methylprednisolone combined with IV immunoglobulin, and demonstrated a marked improvement after 10 days of therapy. Her nystagmus, ataxia, gait, and consciousness improved markedly. Before her check out from hospital, we performed another lumber puncture. Her leukocyte count had decreased to 39/mL (96% lymphocytes) and the protein level was 31mg/dl (0–60 mg/dl). At her 6-month follow-up she was able to walk unassisted without any evidence of ataxia.

Antibody-associated encephalitis characterized by specific autoantibodies has been recognized in the last ten years. It is a diverse group of syndromes that include two groups: classic paraneoplastic disorders (PNDs) and autoimmune encephalitis [2]. The latter is caused by the direct interaction between antibodies and their target antigens on neuronal surfaces and synapses [3]. Our case was a 26- year-old Chinese woman who presented with acute onset ataxia, vertigo, and cognitive impairment. CSF examination showed she was DPPX-antibody positive and she had a good response to immunotherapy. Therefore, we diagnosed her as autoimmune encephalitis caused by DPPX-antibody.

AE associated with antibodies to DPPX was first identified in 2013[4]. Most patients are middle-aged adults with insidious and subacute symptom onset. Severe diarrhea may occur at the initial episode of neurological manifestation. Prominent clinical symptoms include encephalopathy affecting the cortical, cerebellar, and brainstem regions of the CNS. Cortical hyperexcitability has been observed, including myoclonus, rigidity, and stiffness [4]. Cerebellar and brainstem regions targeted by DPPX antibodies may cause ataxia and eye movement disturbances [5]. Tobin et al. reported 40% of 20 seropositive patients had diplopia, oscillopsia, blurred vision, and upbeat-torsional nystagmus [5,6]. The clinical findings of our case are different from reports in the original series. She had a prodromal viral infection 10 days before admission, and her CSF showed increase in leucocytes. Although systemic infections are frequently considered a potential trigger of AE, it is only reported in several subtypes with antibodies against NMDA receptor, GABAA receptor, mGLuR5, NeureXin3 and dopamine-receptor-2 antibodies [7]. Prodromalinfection- like symptons were rare reported in patients with anti-DPPX symptoms. This may due to the diversity of the immue activations pathways of the AE subtypes. But our case may indicate that viral infection could also trigger anti-DPPX encephalitis while the machenism still need further study.

The patient showed obvious vertical and torsional nystagmus and ataxia. Cognitive impairment of short-term memory was also observed, but she did not have any gastrointestinal symptoms or progressive encephalomyelitis with rigidity and myoclonus (PERM)- like presentation. DPPX is a regulatory subunit of the Kv4.2 potassium channel complex, which is expressed in neuronal dendrites and soma. Its function is to increase the surface expression and channel conductance of Kv4.2 channels [6]. The different organic expression of DPPX is responsible for the diverse clinical manifestations. In our opinion, anti-DPPX AE may also occur in young adults, and some patients show acute onset disease. The combination of obvious nystagmus, ataxia, and cognitive impairment should indicate testing for anti-DPPX antibodies.

In this report, the patient was treated with IV methylprednisolone and immunoglobulin, her nystagmus, ataxia, and cognitive competence improved markedly without any. In the original reports, most patients had good responses to immunotherapies, but some required additional treatment with plasma exchange and rituximab. Patients with a long-term history of AE might have lengthy hospitalizations and multiple relapses [4-6]. Therefore, an early diagnosis and initiation of therapy is very important for a good longterm outcome.

We thank Edanz Group China (www.liwenbianji.cn/ac), for editing the English text of a draft of this manuscript.

Written informed consent was obtained from the patient for the publication of this Case Report and any accompanying images.

Ethics Approval and Consent to Participate 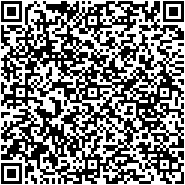