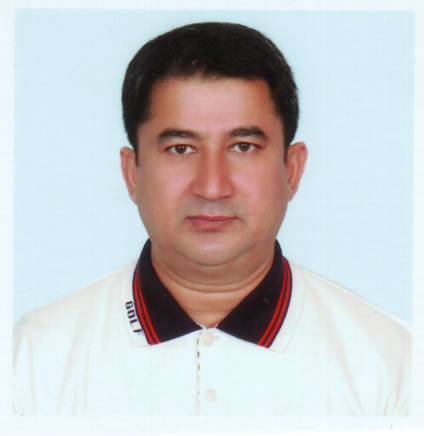 Journal of Defense Studies and Resource Management primarily focuses on the topics include:

The Journal follows quality peer review process. Review processing is performed by the Editorial Board members of Journal of Defence Studies and Resource Management or outside experts; at least two independent reviewers approval followed by editor approval is required for acceptance of any citable manuscript. Authors may submit manuscripts and track their progress through the manuscript tracking system, hopefully to publication.

The military, also called the armed forces, are forces authorized to use deadly force, and weapons, to support the interests of the state and some or all of its citizens. The task of the military is usually defined as defense of the state and its citizens, and the prosecution of war against another state. The military may also have additional sanctioned and non-sanctioned functions within a society, including, the promotion of a political agenda, protecting corporate economic interests, internal population control, construction, emergency services, social ceremonies, and guarding important areas. The military can also function as a discrete subculture within a larger civil society, through the development of separate infrastructures, which may include housing, schools, utilities, food production and banking.

The process of military struggle between two nations or groups of nations. Military operations marked by a specific characteristic: guerrilla warfare; chemical warfare.

A weapon, arm, or armament is any device used in order to inflict damage or harm to living beings, structures, or systems. Weapons are used to increase the efficacy and efficiency of activities such as hunting, crime, law enforcement, self-defense, and warfare. In a broader context, weapons may be construed to include anything used to gain a strategic, material or mental advantage over an adversary.

It is an idea that an administration, alongside its parliament(s), ought to secure the state and its nationals against all sort of "national" emergencies through an assortment of force projections, for example, political force, tact, monetary force, military may, etc.

Security Studies which advanced rapidly during the Cold War and is traditionally held to be an academic sub-field of the wider discipline of international relations. At its core, international security studies, as an area of inquiry, takes organized violence as its focus, and the steps individuals and aggregations of individuals can take to both employ organized violence effectively and, much more importantly, to protect themselves from organized violence (accumulation of knowledge in the former being essential for the accumulation of knowledge in the latter).

It is an interdisciplinary academic field centered on the study of conflict and peace strategies, often devoting special attention to the relationship between international politics, geostrategy, international diplomacy, international economics, and military power. In the scope of the studies are also subjects such as the role of intelligence, diplomacy, and international cooperation for security and defense. The subject is normally taught at the post-graduate academic or professional, usually strategic-political and strategic-military levels.

War between organized groups within the same state or republic, or, less commonly, between two countries created from a formerly united state. The aim of one side may be to take control of the country or a region, to achieve independence for a region or to change government policies.

Focus on understanding the nature of diplomacy and armed conflict. Completing an academic program in this field can lead to a career in the military or as a civilian specialist in military history or intelligence. It combine military history, diplomacy and humanistic studies to create effective leaders and scholars in the armed forces.

It is a broad-based discipline and describes it as ‘that part of the overall economy involving defence-related issues, including the level of defence spending, both in total and as a fraction of the overall economy; the impacts of defence expenditure, both domestically for output and employment and internationally for impacts on other nations; the reasons for the existence and size of the defence sector; the relation of defense spending to technical change; and the implications of defence spending and the defence sector for international stability or instability’

Disarmament is the reduction of the number of weapons and troops maintained by a state. Arms control refers to treaties made between potential adversaries that reduce the likelihood and scope of war, usually imposing limitations on military capability. Although disarmament always involves the reduction of military forces or weapons, arms control does not. In fact, arms control agreements sometimes allow for the increase of weapons by one or more parties to a treaty.

Counter-terrorism (also called anti-terrorism) incorporates the practice, military tactics, techniques, and strategy that government, military, police and business organizations use to combat or prevent terrorism. Terrorism is commonly defined as violent acts (or the threat of violent acts) intended to create fear (terror), perpetrated for an economic,religious, political, or ideological goal, and which deliberately target or disregard the safety of non-combatants (e.g., neutral military personnel or civilians).

Related Journals on Terrorism and Counterterrorism

It is the interplay between economics, law and politics, and how institutions develop in different social and economic systems, such as capitalism, socialism and communism. Political economy analyzes how public policy is created and implemented.

Peace and conflict studies is a social science field that identifies and analyses violent and nonviolent behaviours as well as the structural mechanisms attending conflicts (including social conflicts) with a view towards understanding those processes which lead to a more desirable human condition.

The military doctrine that an enemy will be deterred from using nuclear weapons as long as he can be destroyed as a consequence; "when two nations both resort to nuclear deterrence the consequence could be mutual destruction"

‘comprehensive civilian and military efforts taken to simultaneously defeat and contain insurgency and address its root causes’"."Insurgency is the organized use of subversion and violence to seize, nullify or challenge political control of a region. As such, it is primarily a political struggle, in which both sides use armed force to create space for their political, economic and influence activities to be effective