A Short Explanation on Causes and Types of Periodontal Disease

Periodontal actually means “around the tooth,” so periodontal illness alludes to the infection and inflammation of the gums, ligaments, or bone that surrounds your teeth, and can vary in seriousness. Early stages include gingivitis, where the infection is found only in your gums, and they become inflamed, red, and may indeed bleed. Gingivitis is treatable, and the effects can be reversed if caught early enough.

However, if the infection spreads, it can also affect the surrounding tissues and the bones that support the teeth. This is often called periodontitis, and it can result within the gums pulling away from tooth, bone loss, and eventually, the potential for tooth loss or removal. The effects of periodontitis are more serious and can be irreversible, with treatment frequently requiring surgery.

If left untreated, gingivitis (mild gum inflammation) can spread below the gum line. When the gums are damaged by plaque toxins, a chronic inflammatory response causes the body to break down and destroy its own bones and soft tissues. There may be little or no symptoms as periodontal complaint causes the teeth to separate from the infected gum tissue. Deeper pockets between the gums and teeth generally indicate that soft tissues and bones are being destroyed by periodontal disease.

Inflammation in the supporting tissue causes deep pockets and receding gums. The teeth may appear to be lengthening, but in reality the gums (gingiva) are receding. This is the most common form of periodontal disease and is characterized by progressive loss of attachment interrupted by periods of rapid progression.

This form of gum disease occurs in a clinically healthy individual. It is characterized by rapid loss of gingival attachment, chronic bone destruction, and familial aggregation.

This form of periodontal disease most frequently occurs in individuals suffering from systemic conditions such as HIV, immunosuppression and malnutrition. Necrosis (tissue death) happens with in the periodontal ligament, alveolar bone and gingival tissues.

A build-up of bacteria in the mouth can ultimately cause periodontitis.

All of our mouths have bacteria that are wholesome and normal. But some types of bacteria blend with mucus (fluid we produce) and other substances. This mixture forms a film on our tooth known as plaque. Brushing and flossing will remove plaque. But in case you do not do so regularly, the plaque hardens and forms tartar. You cannot get relieve of tartar through brushing you need a professional dental cleaning.

The build-up of shrine and tartar leads to gingivitis, an inflammation of the gingivae (gums). Your gums start to swell and bleed. You can treat gingivitis with good dental care, including brushing, flossing, and professional cleanings. But untreated gingivitis leads to periodontitis.

When the underlying bone gets infected, the gums will begin to recede away from the tooth and form deep gum pockets. This is called attachment loss. These pockets readily collect plaque and bacteria. Because these pockets are very difficult to keep clean, there is further loss of bone mass. As periodontal disease progresses into later stages (early, moderate, and advanced) and further bone tissue is lost, the gum pockets are deeper and the teeth may ultimately become loose and fall out. 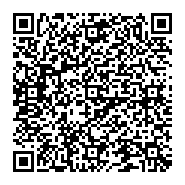