Materials and methods: A phantom was filled with iodinated CM or Bi2S3 NP solutions at concentrations ranging from 0 to 65 mM and the phantom was scanned with a CT scanner using tube potentials of 80, 100, 120 and 140 kVp at a fixed current of 200 mA. The CT contrast enhancement and contrast-to-noise ratios (CNR) of all scanned images were calculated.

Conclusion: These results highlight the effects of the different physical densities and atomic numbers of the two elements (I versus Bi), and their role in enhancing the probability of Compton scattering (CS) and photoelectric effects (PEs). As tube potential was increased, the CT numbers for both Bi2S3 NPs and iodinated CM decreased, consistent with a decrease in the probability of CS and PEs with increasing beam energy. However, the rate of decrease for iodinated CM was larger than Bi2S3 NPs. A good correlation was observed between the experimental results and the theoretical spectra based on linear attenuation coefficients .

Medical imaging modalities, such as magnetic resonance imaging (MRI), computed tomography (CT), positron emission topography (PET) and single photon emission computed tomography (SPECT) are commonly used to diagnose and guide treatment. X-ray CT is the most frequently employed, owing to its availability, low cost, deep tissue penetration, and ability to provide high-resolution 3D images of anatomical structures in a short timeframe. However, while CT can generate highly detailed tomographic images of electron-dense materials, its ability to differentiate subtle changes between soft tissues is limited. This is because most soft tissues have very similar CT numbers, ranging from -100 to 100 Hounsfield units (HU), which are a measure of X-ray attenuation in CT images [1,2]. Consequently, CT contrast agents with high X-ray attenuation coefficients are necessary for contrast enhancement in regions of interest [3].

The interaction between the incident radiation and the contrast media results in significant contrast improvements for diagnostic imaging of soft tissues. Contrast agents based on iodinated compounds have been used extensively in radiologic imaging since the 1920s [4- 7]. Despite effective attenuation, versatile synthesis methods, high solubility and body tissue tolerance, iodinated contrast agents suffer from several drawbacks, especially for certain groups of patients [4,8- 10]. The main limitation of iodinated contrast agents is their short circulation times (<10 min) resulting from renal clearance by the kidneys, and thus rapid CT image acquisition is required [11,12]. In addition, iodinated contrast agents have a non-specific bio-distribution throughout the intravascular and extravascular spaces resulting in poor contrast, especially in larger patients [4,13,14]. Generally, larger doses of contrast agents are required to counteract their rapid renal elimination, which can induce hypersensitivity reactions and can have other serious adverse effects [15-17].

Recently, several strategies have been introduced to improve the efficiency and reduce the toxicity of iodinated contrast agents. For example, polymeric and lipid nanoparticulate systems have been used to encapsulate iodinated contrast agents [4,14,18,19]. However, these approaches have had limited success due to the high concentrations of iodinated contrast agents required for encapsulation and lengthy purification methods [20]. Furthermore, targeted imaging with these nanoparticulate systems still remains a major challenge due to the difficulty in conjugating specifically targeted biological components to these materials and the subsequently low payloads/concentrations that are delivered to the target, resulting in low CT sensitivity [6,21].

In CT scans, the majority of photons used at the image receptor are of high energy (>60 KeV). However, the atomic number (Z=53) and K-edge value (33.2 KeV) of iodine means that its contrast is only sensitive to low energy X-rays. This is due to the high absorption of low-energy photons, which results in a beam-hardening artefact. In other words, the low energy photons that are absorbed have less contribution in the CT diagnostic energy range. The result of this is that iodine has its optimal effect only at low energy. Thus, higher atomic number elements are more desirable to enhance the CT efficiency.

There have also been numerous advances in the preparation of Au NPs as contrast agents for CT, with their size, shape and surface coating being tunable parameters [25-28]. However, the widespread use of Au remains low due the high costs involved.

Bismuth is low toxic, cost effective alternatives to Au. Bismuthbased compounds have also been used for many years for the treatment of various conditions and diseases. For example, bismuth containing pharmaceuticals are used for the treatment of gastrointestinal disorders [29-31], such as the eradication of Helicobacter pylori in peptic ulcers [29,32-34], syphilis, tumours [35] and for reducing the renal toxicity caused by cisplatin [36]. Bismuth-based NP contrast agents for CT possess several advantages over conventional iodinated and Au-based NP contrast agents as a result of their high atomic number (Z=53 (I); 79 (Au); 83 (Bi)), high X-ray attenuation [12,20,37,38], low cost (~$ 0.02 g-1) [20,37,39], and low toxicity [12,40]. Bi2S3 is one of the most promising NP contrast agents due to its high effective nuclear charge (Zeff=76.2), physical density (ρm=6780 Kg.m-3), and electron density (ρe=2.20×1029 e.m-). This high density of free electrons increases the probability for Compton scattering, which is of particular interest in X-ray-based imaging and radiotherapy [4].

Rabin et al. demonstrated that polyvinylpyrrolidone (PVP) coated Bi2S3 NPs displayed a five-fold increase in CT signal enhancement at a tube potential of ~50 KVp and a lower-cytotoxicity profile compared to the iodine contrast agent Iopromide in liver hepatocyte (HepG2) cells and similar cytotoxicity profiles were also reported in macrophage (U937) cells [12]. Cytotoxicity studies comparing Bi2S3 NPs and Bi subsalicylate in these cell lines demonstrated higher cytocompatibility with the former. Kinsella et al. conjugated Bi2S3 NPs with Lyp-1 cyclic peptides, a specific target for breast cancer in mice [41]. Following intravenous administration and CT scanning, the conjugated Bi2S3 NPs were found to produce clearer images and higher CT numbers in the target tumours compared to non-targeted NPs [41]. In addition to diagnostic applications, there has been recent interest in the use of Bi2S3 NPs as radiosensitisers for cancer therapy. In both phantom [42] and cell studies [40], we have demonstrated that Bi2S3 NPs were superior to Au NP for radiation dose enhancement.

In this study, we aimed to validate our previous work and demonstrate that Bi2S3 NPs provide significant increases in X-ray attenuation rates at clinical tube potentials ranging from 80 to 140 KVp, in comparison to conventional iodinated contrast agents. This work highlights the potential of Bi2S3 NPs to provide higher contrast and more detailed CT images.

Preparation of Bi2S3 NP solutions: Bi2S3 NPs (56.6 mg) were suspended in Milli-Q water (2.2 mL) with sonication (100 W) for 10 min. The resulting stock solution was diluted with Milli-Q water to obtain solutions with Bi concentrations ranging from 0 to 65 mM.

Preparation of iodine solutions: Clinical iodinated contrast media (Omnipaque 350 mgI.mL-1) was utilized for comparison in this study. The Omnipaque stock was diluted with Milli-Q water to afford solutions with iodine concentrations ranging from 0 to 65 mM.

Dynamic light scattering (DLS) was conducted on a Malvern Zetasizer Nano ZS 90, and was employed to determine the hydrodynamic diameter (Dh) of Bi2S3 NPs. Transmission electron microscopy (TEM) was used to observe the morphology and size of the Bi2S3 NPs. TEM images were acquired using a JEOL TEM 1010 with an accelerating voltage of 100 KeV. Samples were prepared by evaporating the dilute solutions of NPs in isopropyl alcohol (IPA) onto strong carboncoated copper grids and air drying before TEM. X-ray powder diffraction (XRD) spectroscopy was carried out using an X-ray diffractometer (D8 ADVANCE, Bruker AXS) with a Cu-Ka radiation source.

CT images were acquired using a Light Speed™ VCT scanner (single-slice) (GE Healthcare, Waukesha, WI, USA) at the Heidelberg Repatriation Hospital, Australia. Samples were imaged in Perspex phantoms positioned at the iso-center of the CT gentry. Phantoms consisted of eight holes filled with Omnipaque and Bi2S3 NPs solutions (2 mL) at concentrations ranging from 0 to 65 mM (Figure 1). The phantom consisted of five blocks in parallel to mimic 5 cm2 of equivalent attenuation. CT imaging was initially conducted at a tube potential of 80 kVp and current of 200 mA, with a slice thickness of 5 mm. Subsequently, CT scanning was repeated at tube potentials of 100, 120 and 140 KVp whilst keeping all other parameters constant. The CT value, in Hounsfield Units (HU) for each sample and tube potential was determined from three different slices (the top, middle and bottom slices) and then averaged.

Figure 1: (a) Perspex phantom containing contrast agent solutions, and (b) the phantom positioned at the iso-center of the CT gentry.

The CNR (background Perspex to contrast agents) was selected as a standardization method to compare the two contrast agents. The region of interest (ROI) in each sample image was drawn around with a 4 mm diameter circle. The mean in pixels of each ROI in each sample and the mean of the background area of the phantom were calculated. The CNR is expressed as [43]:

The ROIm and ROIb represent the CT values of the contrast material in a ROI of the samples and in the background of phantom, respectively. SDb represents the standard deviation of the CT number of the background. CNR values were collected for both contrast agents at each tube potential and evaluated for differences in the mean using one tail Student’s t-test (paired), with p=0.05 or less considered significant.

The PVP-coated Bi2S3 NPs were fabricated as previously described using a two-step process, whereby oleic acid coated Bi2S3 NPs are initially prepared and then coated with PVP [40]. In this instance, the reaction temperature was reduced to 110°C to facilitate the formation of slightly larger NPs, to obtain the optimal size for CT attenuation. Lower temperatures (<110°C) allow larger metallic nanomaterials to increase in size [37,44]. The optimal NP sizes for CT attenuation have been reported to be between 4 and 20 nm [45]. Previous studies have also demonstrated that the NP size can be controlled through variation of the reaction temperature [46,47].

Dynamic light scattering (DLS) analysis revealed that the hydrodynamic diameter of the NPs ranged from 4 to 18 nm (mean 5.8 nm) (Figure 2). This was also confirmed via transmission electron microscopy (TEM), which provided NPs diameters ranging from 5 to 15 nm (Figure 3), and revealed that the NPs had a spherical morphology. X-ray photon spectroscopy (XPS) of the NPs showed two peaks located at 158.5 and 163.5 eV (Figure 4), which can be attributed to the binding energy of Bi 4f 7/2 and Bi 4f 5/2, respectively, whilst a small peak at 161.4 eV corresponded to the binding energy of S2p. The XPS results, as well as the X-ray diffraction (XRD) results (Figure 5) are in good agreement with previous data on Bi2S3 NPs 37. 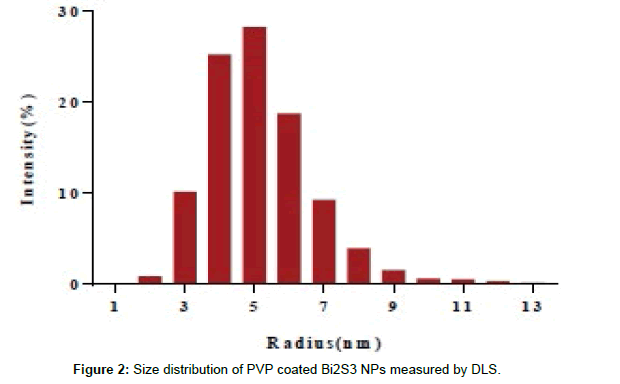 Figure 3: TEM images of PVP coated Bi2S3 NPs showing (a) individual spherical NPs, and (b) aggregates, which may form as a result of the TEM sample preparation. 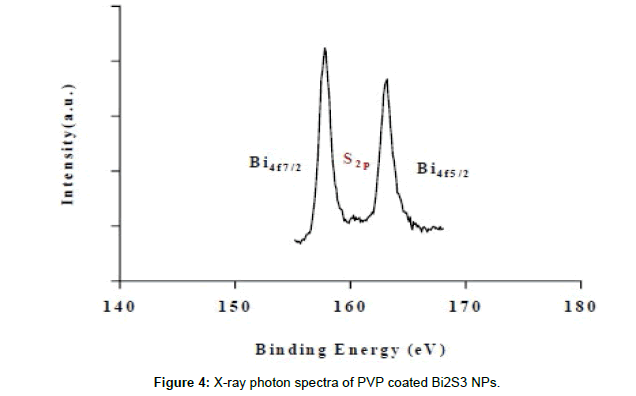 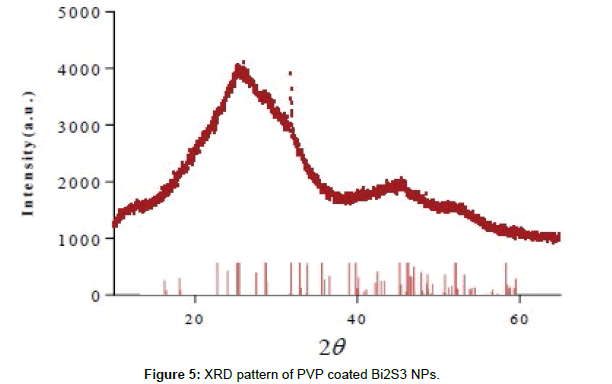 Figure 8: Calculated contrast-to-noise ratios (CNR) for (a) iodinated and (b) Bi2S3 NP contrast agents at different concentrations and tube potentials. 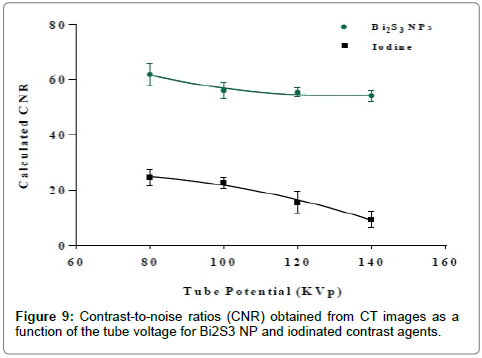 Figure 9: Contrast-to-noise ratios (CNR) obtained from CT images as a function of the tube voltage for Bi2S3 NP and iodinated contrast agents. 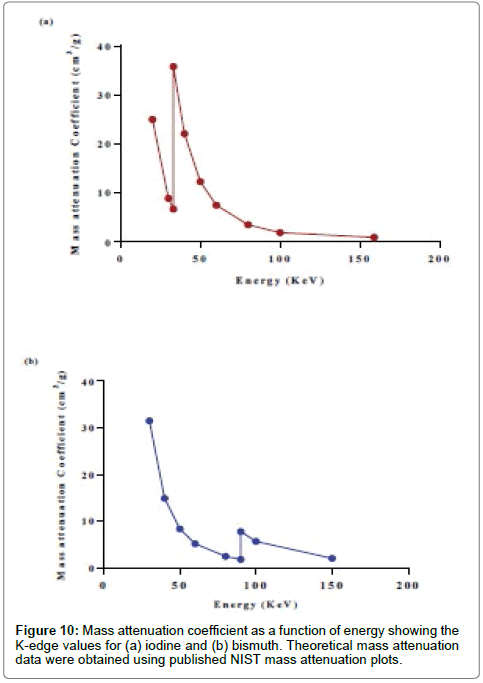 The results presented in this study clearly demonstrate the potential for Bi-based NP to act as improved contrast agents at clinically relevant tube potentials when compared to conventional iodinated contrast agents. A lower concentration of Bi NPs can be also be used without resulting in viscosity issues [37]. While it is possible to use higher concentrations of iodinated contrast agents for greater image enhancement, this also increases the risk of adverse reactions in some patients [51]. Taking into consideration these factors, Bi2S3 NPs are a promising potential complement contrast agent at the studied tube potentials. This is especially relevant for cases where conventional iodine based contrast media cannot be used due to patient incompatibility (e.g., hypersensitivity reactions). Also importantly, the nanoparticles have a longer circulation time, thus improving their value as targeted agents by maintaining a relatively high blood concentration at the targeted tissue.

This phantom study has shown that the inclusion of Bi NPs provides higher contrast efficacy than iodinated contrast agents at tube potentials of 80 to 140 KVp. These contrast enhancement concentration increases as it is dependent and also depend on the applied potential to the anode of the x-ray tube, i.e., the average beam energy. At low energy (80 KVp), Bi NPs display a one to two-fold enhancement in attenuation compared to clinical contrast agents. Increasing the tube potential to 140 KVp resulted in even further improved attenuation levels, with Bi NPs displaying 3 to 4-fold greater contrast enhancement over clinical iodinated contrast agents.