Spatial Distribution of Malaria Incidence in Sabah from 2012 to 2016

Objective: Malaria is a significant public health problem in developing countries. Spatial pattern of malaria was developed by geospatial tools from other countries were proven as an effective ways in malaria control programme especially to curb the disease spread. This study aims to observe spatial distribution and patterns
explicitly in Sabah from year 2012 to 2016. From this we can provide explanation on malaria patterns and its spatial variations.

Methods: Yearly dataset on malaria cases was used in this study from 2012 to 2016 which was compiled by Sabah Health State Department, Ministry of Health Malaysia. Kriging interpolation method in Geographical Information System (GIS) was applied to analyze the 5-year study period. Moran’s I was used to determine
the spatial autocorrelation between districts in Sabah.

Results: The incidence rate of malaria in Sabah shows reducing trend during the 5-year study period. The highest incidence rate involved the central and western of Sabah with more than 200 per 100,000 populations. Moran’s I statistics for all the years indicates that incidence of malaria is clustered (p-value<0.05).

Conclusion: Geospatial analysis is a useful tool in order to investigate the relationship between malaria incidences and shows spatial variations. This information helps the health authorities to emphasize the specific area in intervening malaria problem.

Malaysia is one of the countries that focus on eliminating malaria towards the year 2020. Over a decade, Malaysia has accomplished a remarkable success in reducing malaria trends between years 2000 to 2010. One of the significant achievements is 92% reduction of total malaria cases in 2015 from 2014 which 3,147 cases to 242 cases regarding autochthonous malaria [5]. Currently there are 25 countries undertaking malaria-elimination program to reduce total malaria cases. There were 17 countries reported reducing total malaria cases and more than 90% reduction which majority located in the Middle East, Europe and Central Asia [5,8].

There were studies in Malaysia on malaria cases which focused to the species components [1,6,9]. However, the utilisation of geospatial tools such as Geographic Information System (GIS) in order to distinguish spatial patterns of malaria is needed [1,9,10]. Hence, it is critical to adopt effective ways to predict malaria occurrence based on GIS as to control its spread.

GIS has been used in healthcare settings to make spatial analysis resourceful [11]. Studies regarding spatial or disease epidemiology involving the analysis of geographical health data with associated demographics, environment, socioeconomic and associated risk factors have been reviewed [12-14]. This information was helpful for healthcare authorities to determine disease patterns [1], investigate the hotspots area for appropriate management in a high-risk area [10]. GIS provided spatial information about the disease and translated into a map with information to better understand the geographic pattern, change and relationship [15]. For example, in South Africa, GIS has been used to display malaria incidence at the administrative level to provide data for specific malaria control activities from the national level to the village or settlement level [10].

Sabah has the highest risk of malaria disease based on a study that used relative risk estimation model on disease mapping [16]. Therefore, the primary aim of this study is to describe the spatial distribution of malaria incidence in over a five year period. The developed maps from this study will help the health authorities to recognize and identify the risk of current malaria areas and hot spots. Thus, an appropriate plan for vector control programme can be initiated or implemented to curb the disease (Figure 1). This study was done in Sabah state which is located on the north part of the Borneo Island with a total land area of 73,904 square kilometres. It is located in a tropical geography with warm and humid climate with an average temperature of 27°C to 34°C with average rainfall of 1,800 millimetres to 4,000 millimetres. Sabah consists of five divisions and divided into 25 districts with a total population of 3,206,742 (Department of Statistic Malaysia). This study was retrospectively conducted by using secondary data from the Annual Malaria Report compiled by Sabah State Health Department.

GIS is a computer-based system that has the ability to capture, retrieve, manage, display and conduct analysis of spatial and temporal data geographically. The spatial interpolation tool used to predict values using data from a limited number of sample points incorporated into the area map. In this study, we used Kriging interpolation method to examine trends and pattern from malaria incidence data. Kriging interpolation method is based on spatial statistics and weighting of each point in matrix form. We classified malaria incidence rate data by using colour ranges to indicate the incidence rate level from very low (green), low (blue), moderate (yellow), high (orange) and very high (red) respectively.

Table 1: Incidence rate of malaria cases by the districts in Sabah. Figure 2: The change of malaria incidence rate in 25 districts of Sabah from 2012 to 2016 using Kriging interpolation method.

Based on Figure 3, the malaria incidence showed not normally distributed data. Since we choose the simple Kriging type, the dataset have been transformed into standard normal distribution. Table 2 showed that all the p-value and Z-score were statistically significant in all 5 years. Moran’s I value which measures spatial autocorrelation indicates that value more than zero with p-value less than 0.05. This result indicates that spatial distributions of all years were in clustered pattern.

The utilisation of GIS for malaria incidence was efficiently explained in this study. By using GIS analysis, the investigation on malaria incidence was explained by location. Results of this study indicate that the location-based analysis significantly predicts malaria incidence in five years in Sabah. The results suggest that high incidence rate were documented in 2012. This study demonstrates that geospatial analysis provides an opportunity to model spatial patterns of malaria disease distribution which may help in health planning and management. The results suggest an important phase towards developing a GIS-based method that could be useful as an intervention tool to control malaria. This finding is significant, which demonstrates a constant relationship between malaria incidence and spatial variation to let the vector control efforts to be directed at a specific area. This study would also help in increasing the effectiveness of control. Therefore, to draw meaningful conclusions about the malaria incidence, future studies may need to include the impact of malaria control interventions by spatial analysis.

We want to thank the Ministry of Health (MOH) of Malaysia through the Director-General of Health Malaysia, Deputy Director General of Health (Research & Technical Support) and the Director of Institute for Medical Research for making the malaria incidence data available for use in the writing of this paper. We also want to thank the Vector Unit MOH Malaysia and Sabah State Health Department for compiling the data as well as all MOH staff officers which involved in data collection. 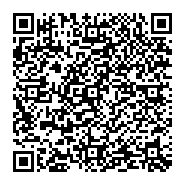