The spectrum of MÃ¼llerian Anomalies Presented in a Tertiary Care Centre: Three-Year Experience

1Department of Obstetrics and Gynaecology, All India Institute of Medical Sciences, Patna, India

Objective: Developmental anomalies of female genital tract are not very common to be seen in Gynaecological practice, incidence reported in the literature is 5-7%. Various systems of classification had been proposed according to the site of involvement, each having its own merits and demerits. Here, we present our experience of Müllerian anomalies for three years in a tertiary care Centre and classified them as per the most recent classification proposed by the European Society of Human Reproduction and Embryology (ESHRE).

Material and methods: Present study is a Prospective Cohort Study including all cases diagnosed to have Müllerian duct anomalies. Cases were worked-up and investigated to reach a final diagnosis and classified according to CONUTA system and case-based management was done for each case. All cases were assessed in terms of the final outcome and are being followed-up.

Results: In the defined time, we managed total of 33 cases with different Müllerian anomalies. Main presenting symptoms were cyclical pain abdomen, primary amenorrhoea, infertility and recurrent miscarriage. Most of the patients belonged to the adolescent age group. With optimum surgical management, we reported good patient outcome for all the cases.

Conclusion:  Cases of Müllerian anomalies should be dealt with empathy, as most of the patients are adolescents. Proper work-up and case-based management lead to a good patient outcome and improved quality of life.

Female genital tract develops from a pair of ducts called Müllerian or paramesonephric ducts [1]. Any deviations from normal development of these ducts result in congenital defects in the anatomy of the female reproductive tract, which can lead to many health problems mainly with menstruation and reproduction. Different systems had been proposed time to time to classify these abnormalities [2], the most commonly used one is given by American fertility society (AFS) [3] which is being used to classify these defects for years. But it’s difficult to classify the complex Müllerian duct anomalies [4-7], which has more than one site involved as per the American Fertility Society (AFS classification. Hence, to overcome this difficulty, ESHRE has developed a new system of classification-Congenital uterine anomalies (CONUTA) [8] classification, which can classify even complex Müllerian anomalies.

To follow up these cases for work up, diagnosis, management and outcome.

The present study is a Prospective Cohort Study conducted in a tertiary care centre of Eastern India in between December 2015 to December 2018. During this period, patients who were diagnosed to have Müllerian duct anomalies were included in the study. Work-up of these cases including patient's presenting complaints, relevant clinical findings and detailed investigation like radiological assessment-Pelvic USG, MRI (if needed), S. FSH levels (other hormones as indicated), Karyotyping, IVP and X-ray lumbosacral spine (for associated anomalies) were done and based on the findings, final diagnosis was made. Cases were classified as per CONUTA SYSTEM. Cases were managed individually with optimum surgical management (Figures 1 and 2). The outcome was evaluated, and patients are being followed up till date.

Figure 2: A. Final picture after placing foley through vagina. B. Sponge mould with amnion graft inserted.C. ONE week later, a syringe mould augmented with dental mould was given.Among three patients presented with septate uterus and infertility, two were conceived and delivered on ovulation induction, and one is in follow-up.

During the defined period, more than 6,000 patients visited the outpatient department for various gynaecological complaints. Out of them, 33 patients were found to have some Müllerian duct anomaly. The most common presentation was pain abdomen (cyclical) followed by primary amenorrhea, inability to conceive and recurrent miscarriage.

Table 1: Distribution of cases according to age (n=33).

Table 2: Distribution of cases as per clinical presentation (n=33).

All the 9 patients presented with primary amenorrhea without any pain abdomen, diagnosed as MRKH syndrome (Table 3).

Among 11 patients presented with abdominal pain with or without menarche attained. Only one patient had imperforate hymen for which hymenectomy was done, one with a transverse vaginal septum which was excised and three with the longitudinal vaginal septum and uterus didelphys, where septum was excised, all three patients resumed menses after surgery. Three patient had cervico-vaginal agenesis along with uterine malformation; all three of them underwent cervicovagino- plasty with a positive outcome. Out of four patients with unicornuate uterus with rudimentary horn, excision was needed in two cases in whom it was functional and presented with hematometra, one of them had huge hematosalpinx as well, which was also excised. One patient of cervico-vaginal agenesis was diagnosed to have a large ventricular septal defect (VSD) with the bi-directional flow, i.e. Eisenmenger’s syndrome. As the pregnancy is posing a threat to life in these patients, hence, the decision of hysterectomy was taken by family, and the patient was counselled to get vaginoplasty done later when planning to start sexual activity (Tables 4 and 5).

The bicornuate uterus was reported in one case that was presented with recurrent miscarriage; this patient was managed conservatively. Close follow-up was done throughout the pregnancy with cervical length, progesterone supplementation was given and the patient delivered at term by caesarean section for breech presentation (Table 6).

Cases were classified according to CONUTA System proposed by ESHRE, were all organs of female genital tracts have been taken into account (U=Uterus, C-Cervix, V=Vagina). Anomalies are classified on the scale of 0 to 5; 0 being normal and 5 depicts absence of that particular organ [8] This system enables us to classify complex Müllerian anomalies involving more than one organ (Table 7).

Table 7: Distribution of cases according to Conuta system (n=33).

Müllerian anomalies are not very common to see in gynaecology outpatient department, prevalence being 6.7% in the general population, 7.3% in the infertile population and 16.7% in recurrent miscarriage population [9]. In our case series, it was 33 cases of Müllerian anomalies diagnosed in three years with almost 6,000 patient attending Gynaecology OPD, making the prevalence of about 0.55% the age at presentation is typically the adolescent age group [10]. In this series, the mean age of presentation was 19.3 years.

Meyer-Rokitansky-Kuster-Hauser (MRKH) syndrome was the most common diagnosis for the cases presented with primary amenorrhoea, all were managed by Mc Indoe vaginoplasty with favourable outcome and leading normal sexual life. The results were in consistency of other studies reported in literature [11-13]. Among cases presented with cyclical pain, most of the patients were having complex Müllerian anomalies barring two, with imperforate hymen [14-16] and transverse vaginal septum and responded well with hymenectomy and septum excision respectively. Other studies [17,18] also shows good results with the same treatment. Three patients presented with obstructing longitudinal vaginal septum with uterus didelphys and hematocolpos, got relieved of symptoms after septum excision and menstruating normally [19,20]. Out of four patients with absent cervix [21,22], with or without other associated malformation, three underwent cervicovaginoplasty were able to achieve menstruation and are under followup. One patient presented with unicornuate uterus with hematometra and rudimentary non-functional horn and absent cervix and vagina had associated large ventricular septal defect with the bi-directional flow with severe pulmonary artery hypertension and Eisenmenger’s syndrome at presentation. For her, in consultation with a cardiologist and cardiac surgeon, and with the consent of parents, hysterectomy was done in view of severe heart disease and unable to carry a pregnancy afterwards, the patient is under follow-up in cardiology and gynaecology OPD.

Among three patients presented with septate uterus and infertility, two were conceived and delivered on ovulation induction, and one is in follow-up. Out of four patients of recurrent miscarriage with septate uterus, two had conceived and delivered at term; patients were given injectable progesterone depot preparation weekly till 34 weeks of pregnancy. Previous studies also show similar outcome with the same kind of treatment [23,24].

Since Müllerian anomalies tend to be associated with other systemic anomalies also as renal, skeletal, ano-rectal and cardio-vascular anomalies [25,26]. In this series, we report three cases of single kidney, two with OHVIRA syndrome and one with bicornuate uterus, one patient with the ectopic kidney. One patient had associated kyphoscoliosis. One case of unicornuate uterus with cervico-vaginal agenesis had large VSD with severe PAH with Eisenmenger’s syndrome. In the literature review, we could find case report of patent foramen ovale and small atrial septal defects associated with Müllerian anomalies, but none was large and presented with bi-directional shunt as in our patient [27,28].

Müllerian anomalies are not very uncommon to have in Gynaecology practice. Patients are mostly adolescent girls and need to be treated with genuine care and empathy. Proper diagnostic work-up is essential to reach a diagnosis. Optimum management of the condition results in a good patient outcome. 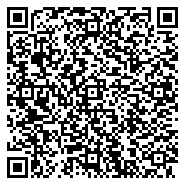