Urban models are essential for understanding the structure and dynamics of cities and for testing the impact of changes in the locations of land use and  transportation on the urban environment. As a result of the increased involvement of social media (SM) or digital social networks (e.g., Facebook, Twitter, Gowalla and Foursquare data) in contemporary urban society they can be relevant for urban modeling in two was. First, they can serve as an appropriate unique provider of data that can tell us how, and when, individuals are using urban spaces. Second, as they have potential effect on individuals’ spatial behavior and urban dynamics they should be taken into consideration in urban modeling. In the following I discuss the relevance and potential of SM for urban modeling.

Urban models are essential for understanding the structure and dynamics of cities and for testing the impact of changes in the locations of land use and transportation on the urban environment. As a result of the increased involvement of social media (SM) or digital social networks (e.g., Facebook, Twitter, Gowalla and Foursquare data) in contemporary urban society they can be relevant for urban modeling in two was. First, they can serve as an appropriate unique provider of data that can tell us how, and when, individuals are using urban spaces. Second, as they have potential effect on individuals’ spatial behavior and urban dynamics they should be taken into consideration in urban modeling. In the following I discuss the relevance and potential of SM for urban modeling.

Social media (SM) data are contributed by individual users and generally include check-ins (e.g., in business and services), points of interest, images, textual messages, and the time and location of when and where the message was posted. Hence, these updated and detailed data can tell us how, and when, individuals are using urban spaces, how they feel in different places, and what are their intentions and preferences [1]. In contrast to “traditional” social and functional data, collected by surveys and censuses, SM provide objective and subjective data on various social and functional activities, travel behaviour and daily space-time movements at different times and spaces, thus having great potential for urban research and modelling [2].

Location-based SM, such as Twitter and Foursquare, are particularly important for exploring people’s spatial behaviour and for sensing their spatial and temporal preferences in urban locations. Due to this potential, the respective data are used to capture spatial behaviour and subjective attitudes of people at various urban contexts as well as for urban modelling. On the urban scale, Shen et al. [3] used social media check-in data for modelling the spatial distribution of housing prices. The data were used to trace people’s functional activities and their preferences for different places at the level of individual street segments. In another study, Jiang et al. [4] used social media data for modelling the development of urban agglomerations, i.e., “natural cities”, and to provide insights into these cities’ structure and dynamics. Social media check-in data have also been used to extract nationwide inter-urban movement flows to model spatial interaction and identify regionalization (communities) in China’s urban system [5]. In a similar way, Lovelace et al. [6] examined the potential of social media data (geo-tagged Twitter messages) for modelling movement flows for retail shopping canters by means of spatial interaction models.

SM data can also be integrated with other sources of “big spatial data,” obtained by Information and Communication Technologies (ICTs), including real time and Volunteered Geographic Information (VGI) [7]. For example, studies have used the smart card databases of individual person movements through public transportation to investigate mobility patterns in the metropolitan areas of London, Singapore and Beijing [8]. The integration of SM data with such large detailed movement flow data sets enables the revelation of polycentric structures in metropolitan areas, such as the spatial relations between employment centres and residential housing.

SM data have also great potential for enhancing agent-based (AB) models, especially movement flow models [1,2]. For example, current AB pedestrian movement models are based on observed aggregate volume data that were collected in selected places, with no information on individual movement paths (i.e., origin, destination, and length of the movement path), or people’s intentions and feelings during movement. As a result, application of these models in existing and planned urban environments is limited to predicting movement volume distributions (e.g., identifying activity hotspots) throughout the street network but not movement flows between diverse locations in the street network [9]. However, the rapid development of GPSbased devices (including smartphones) for tracking pedestrian routes and of geographic information technology has enabled the capture of pedestrian movement flows in time and space at the level of individual movement paths. These GPS-based data can be integrated with social media data in order to capture how people behave and feel in different places. In AB modeling, such subjective data are essential for the definition of behavioral rules regarding agents’ interactions with other agents and with urban environments, and thus advance our understanding of the pedestrian flow patterns created and the conditions affecting these patterns.

It follows that geo-referenced social media data may potentially be used for the calibration and validation in urban modelling, especially spatial interaction and agent based models at the large and local scale, respectively. However, some data usability issues have arisen when employing SM data [2], particularly with regard to sampling (i.e., the data may not reliably represent the true underlying population), privacy and ethics (i.e., it is not clear if people agree or are aware that their social media contributions are being used for research) and context-related uncertainty (e.g., it is difficult to derive a person’s intended meaning from the texts). These usability issues may explain the limited application of SM data so far in urban modeling. Therefore, much more effort should be dedicated to the verification and improvement of SM data usability, considering their potential.

Herrera-Yagüe et al. [10] have reported that on the urban scale, unlike the country scale, geography plays only a minor role in the formation of social networking communities within cities. It is also well known, as suggested by the concepts ‘Network Individualism’ or ‘individual-based network’ [11], that contemporary society is in a state of transformation, from a society centered on local geographical environments to one rooted in individuals’ interactions as derived from SM. That is, because SM on the urban scale enable individuals to contrive social networks with some degree of independence from their geographic environment, and to be effected by them, it is reasonable to assume that they may potentially impinge on the city’s dynamics.

In the following, I discuss three potential effects of SM on the formation of activities and movement patterns in the city. First, the location-based social media data concerning activities and services that people share can affect the spatial distribution of those same activities. That is, the preferred places of activity are determined according to the interaction between people in the social networks (e.g., recommendations of places to visit made by SM’s users) in addition to the interaction between street network structure and movement flows (i.e., movement-driven activities). The decreasing role of geographic distance and centrality in the formation of land use patterns implies that SM may contribute to the decentralization of functional and social activities. The same is true regarding travel behaver. The growing use of GPS-based navigation systems such as WAZE and Google Maps may modify travel behavior preferences, i.e., the selection of shortest routes and/or the time to set out. This trend may lead to more dispersed aggregate space-time movement patterns than previously observed, reflected in the greater use of shortest metric routes that pass through local and secondary roads, including residential streets. Hence, SM enhances formation of a more equitable urban space with respect to land use distributions and movement patterns. Second, SM may also have an effect on the distinctions between urban areas. As aggregative activity patterns in urban space also result from individual-based networks, individuals who belong to the same “physical” community or urban area may enjoy different action spaces. Such a situation contains the potential to weaken the boundaries between urban areas and to cause greater overlap between them. Such effects may induce a semi-lattice structure of urban environments [12], according to which the city is a complex network, where each part of it is connected to its surrounding area and to the city as a whole. Hence, digital social networks may have the potential to intensify ‘globalization’ and ‘connectivity’ trends in urban space. Third, the real-time interactions taking place in social media contribute to the simultaneity of relationships between travel behavior, space-time movement flows and land use patterns, and thus contribute to accelerating change and greater complexity in cities. Moreover, since SM reinforces the individuals’ ability to influence entire aggregate activity patterns in the city, they may become a core factor of bottom-up urban self-organization processes.

Given these potential implications of SM on urban dynamics, and considering their increased involvement in contemporary urban society, SM should be taken into consideration when constructing urban models. This means that spatial behaviour within urban models may eventually be defined according to the information obtained from SM, especially in real time (e.g., the selection of activity places, movement destinations and movement paths). In other words, urban models in the future may more accurately and robustly represent people’s spatial behaviour in contemporary cities. 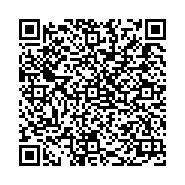