Journal of Sleep Disorders: Treatment and Care is a peer-reviewed scholarly journal in the field of sleep medicine that aims to publish the most complete and reliable source of information on the discoveries and current developments in the mode of original articles, review articles, case reports, short communications, etc. in all areas of sleep medicine and making them accessible online freely without any restrictions or any other subscriptions to researchers worldwide.

The journal is using Editorial Tracking System for quality in review process. Editorial Tracking is an Online Manuscript Submission, review and tracking systems. Review processing is performed by the editorial board members of Journal of Sleep Disorders: Treatment and Care or outside experts; at least two independent reviewers approval followed by editor approval is required for acceptance of any citable manuscript. Authors may submit manuscripts and track their progress through the system, hopefully to publication. Reviewers can download manuscripts and submit their opinions to the editor. Editors can manage the whole submission/review/revise/publish process.

2016 Journal Impact Factor is the ratio of the number of citations achieved in the year 2016 based on Google Search and Google Scholar Citations to the total number of articles published in the last two years i.e. in 2014 and 2015. Impact factor measures the quality of the Journal. If ‘X’ is the total number of articles published in 2014 and 2015, and ‘Y’ is the number of times these articles were cited in indexed journals during 2016 then, impact factor = Y/X.

Circadian Rhythm Sleep Disorders are a set of sleep disorders resulting in abnormalities in length, timing, and rigidity of the sleep-wake cycle relative to the day-night cycle. People with circadian rhythm sleep disorders are unable to sleep and wake at the times required for normal routine life.

Along with the physical changes that occur as we go old their exists changes to our sleep patterns which are a part of the normal aging process. Although these changes are a normal part of aging, disturbed sleep, waking up tired every morning.

Delayed Sleep is a sleep disorder where the major sleep episode is delayed by two or more hours of the regular bedtime which causes difficulty in awakening at the desired time.

Hypoapnea syndrome or Obstructive sleep apnea is a potentially serious sleep disorder in which breathing repeatedly stops and starts during sleep. It is caused by obstruction to the upper airway. The pauses in sleep are called as apnea.

Snoring is a common condition that can affects everyone, although it occurs more commonly in men and people who are obese. Snoring has a tendency to worsen with age. Snoring may occur at night or day times.

Sleep deprivation occurs when an individual fails to get enough sleep that a person required. The amount of sleep a person requires changes from one person to another; generally most adults need about seven to eight hours of sleep each night to feel alert and well rested. Sleep Deprivation may be chronic or acute.

Insomnia is a sleep disorder that is characterized by difficulty in falling and being in asleep conditions. It is also termed as sleeplessness which is characterised by symptoms of difficulty in sleeping, waking up early in the morning, feeling fatigue up on waking.

Sleep medicine is a medical specialty or subspecialty devoted to the diagnosis and therapy of sleep disturbances. Sleep medicine studies has provided increasing knowledge and answered many questions about sleep-wake functioning.

Behavioral Sleep is also called as dream-enacting behaviour that involves abnormal behaviour during the sleep phase with rapid eye movement (REM) sleep. It is characterised with unpleasant dreams with vocal sounds.

Night terrors (sleep terrors) are a sleep disorder in which a person quickly wakes from sleep in a terrified state. Night terrors typically occur in children. Children from age groups of three are affecting more commonly.

Sleep apnea is a parasomnia occurs when breathing is disrupted during sleep it is characterized by pauses in breathing or instances of shallow breathing in sleep. every pause in breathing, called an apnea.

Epilepsy is the most common neurological disorder affecting people of all ages. Epilepsy means the same thing as "seizure disorders" and is characterized by unpredictable seizures and can cause other health problems.

Hypersomnia
Hypersomnia is a sleep disorder that makes a patient to feel sleepy throughout the day and condition in which sleep periods are excessively long, with prolonged sleep episodes or regularly occurring voluntary or involuntary napping.

Restless legs syndrome (RLS) is a disorder of the part of the nervous system that causes an urge to shake and move the legs. It is also considered as a sleep disorder since it usually interferes with sleep.

Narcolepsy is a severe sleep disorder characterized by overwhelming daytime drowsiness and sudden onsets of sleep and People with narcolepsy often find it difficult to stay awake for long periods of time, regardless of the circumstances.

Sleep paralysis is simply a sign that your body is not moving smoothly in proper stages of sleep and sleep paralysis linked to deep underlying psychiatric problems. The person temporarily experiences an inability to speak and move. 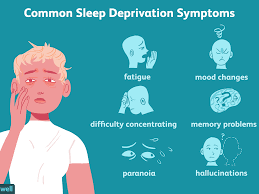 Sleep with Aging, Severity and Prevalence of Various Types of Mental Ill-Health in Elderly 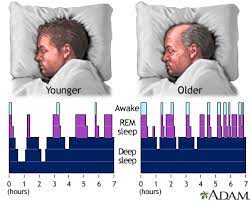 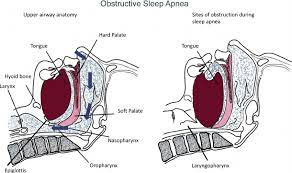