Journal of Liver: Disease & Transplantation (JLDT) is a peer-reviewed scholarly journal which aims to publish the most complete and reliable source of information on the discoveries and current developments in the mode of original articles, review articles, case reports, short communications, etc. in all areas of liver pathology and making them available online.

The following classifications and topics related to liver will be considered for publication in the Journal of Liver: Disease & Transplantation but, not limited to the following fields:

Any other material of Liver Diseases and Liver Transplantation relevance will also be considered.

The Journal uses Editorial Tracking System for quality in review process. Editorial Tracking is an online manuscript submission, review and tracking system. Review processing is performed by the editorial board members of Journal of Liver: Disease & Transplantation or outside experts; at least two independent reviewers approval followed by editor approval is required for acceptance of any citable manuscript. Authors may submit manuscripts and track their progress through the system, hopefully to publication. Reviewers can download manuscripts and submit their opinions to the editor. Editors can manage the whole submission/review/revise/publish process.

Liver is the glandular organ that stores and metabolizes nutrients, detoxifies, and produces bile salts. Liver is the largest organ of human body. The study of anatomy and functions of the liver is known as Liver Biology.

The study of functions and activitiesof the liver is known as Liver Physiology. It also dealswith the way in which the Liver and its parts function

Functions of the liver include:
Production of Bile,  which helps carry away waste and break down fats in the small intestine during digestion,
Production of proteins for blood plasma and detoxification of blood.

The study of Liver diseases is called Liver pathology. Liver diseases can be inherited or caused by a variety of factors that damage the liver, such as viruses and alcohol use. Liver diseases include the following conditions: Cirrhosis, Inflammation or hepatitis.

Hepatology is the branch of medicine that incorporates the study, prevention and diagnosis of liver, gallbladder, biliary tree, and pancreas as well as management of their disorders but is not limited to, the study of acute and chronic hepatitis, viral hepatitis, genetic and metabolic liver diseases and their complications.

Liver disease can often be difficult to diagnose because its symptoms can be vague and easily confused with other health problems. Blood tests can look for the presence of liver inflammation or screen for antibodies or virus particles that might indicate a specific form of liver Disease. These tests are called Liver Tests.

The fundamental concept underlying the Translational Hepatology is that human disease can serve as a window into broad biological processes, the understanding of which could, in turn, lead to treatments for these and other diseases.

The hepatobiliary system is essential for digestion and includes: the liver, pancreas, bile ducts and the gallbladder. Many disorders and diseases can affect these organs of hepatobiliary system. Immunology deals with the defence mechanisms including all physical, chemical and biological properties of the organism that help it to combat its susceptibility to foreign organisms, material, etc.

The medical specialty devoted to the study, diagnosis and treatment of disorders of the digestive system. These disorders may affect the esophagus (swallowing tube), stomach, small intestine, large intestine (colon), rectum, liver, gallbladder, or pancreas.

Complications of a liver transplant can include rejection, an increased risk of infection, graft failure, biliary conditions and a higher risk of developing certain conditions – including some types of cancer.

Digestive disorder is any health problems that occurs in the digestive tract. Some common problems include Heart burn/GERD, Irritable bowel syndrome and Lactose intolerence. Symptoms may include Bloating, diarrhoea, gas, stomach pain and stomach cramps.

It is also known as Hepatic Cancer, which starts in the liver. It is a condition that happens when normal cells in the liver become abnormal and grow out of control into cáncer.

Hepatitis is swelling and inflammation of liver. Hepatitis is most commonly caused by viral infection. Other causes of Hepatitis include autoinmune hepatitis (a disease occuring when the body makes antibodies against the liver tissue) and hapatitis that occurs as a secondary result of medications, drugs, toxins and alcohol.

Cirrhosis is a slowly progressing Disease in which healthy liver tissue is replaced with scar tissue, eventually preventing liver from functioning properly. The scar tissue blocks the flow of blood through the liver and slows the processing of nutrients, hormones, drugs and naturally produced toxins.

The liver has a remarkable capacity to regenerate after injury and to adjust its size to match its host. Within a week after partial hepatectomy, which, in typical experimental settings entails surgical removal of two-thirds of the liver, hepatic mass is back essentially to what it was prior to surgery. 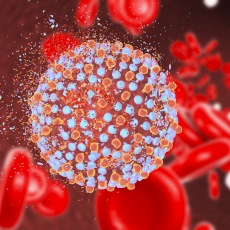 Affect of Consuming Alcohol on Liver and Treatment 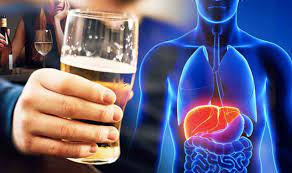 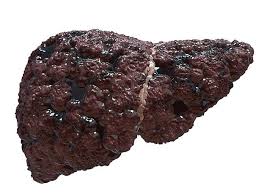