Accelerated Tooth Movement with Piezocorticision in A Class I Bimaxillary Protrusion Patient: A Case Report

A major concern for any patient, especially an adult, which prevents them from undergoing conventional orthodontic treatment, is the long time duration of 2 to 3 years [1]. With increasing number of adults seeking a faster orthodontic treatment, accelerating the rate of tooth movement is a major challenge faced by the orthodontists. Rapid tooth movement has additional advantages like lesser chances of dental caries, gingival inflammation and external root resorption along with increased patient compliance [2].

Surgical methods have been used since long to accelerate tooth movement. These methods are based on the principle that when the bone is irritated surgically, an inflammation cascade is initiated which causes increased osteoclastogenesis, hence causing faster tooth movement (Regional Acceleratory Phenomenon or Periodontally Accelerated Osteogenic Orthodontics). Several surgical approaches that have been tried in order to accelerate tooth movement are inter septal alveolar surgery, osteotomy, corticotomy and Piezocision technique [4].

Piezocorticision is one of the most recent surgical methods used efficiently to accelerate tooth movement. Its major advantage is that it reduces the morbidity and minimizes the periodontal damage associated with conventional corticotomy procedure [5].

The following case report presents the use of Piezocorticision method to accelerate tooth movement in a class I bimaxillary protrusion patient.

A 16-year-old male patient, MZ, came to the clinic with a chief complaint of forwardly placed upper and lower teeth. He strongly expressed the demand of a faster orthodontic treatment citing personal reasons.

Patient presented with a leptoprosopic facial index, dolichocephalic cephalic index and a grossly symmetrical face. He had potentially competent lips, a posteriorly divergent face with a convex facial profile. The TMJ was clinically asymptomatic, maximum mouth opening was 52 mm and freeway space was 2mm.

Upon intra-oral examination, the patient presented with a good oral hygiene, healthy gingiva with melanin pigmentation. A full complement of 32 teeth were present with tooth number 36 restored. Average curve of spee was 2.5 mm.

Dentally, the patient presented with a class I molar and a class I canine relation on both right and left sides, a class III incisor relation with over jet of 3 mm and overbite of 1mm (Figure 1). The treatment objectives were: to correct the proclination and protrusion of upper and lower anteriors, to close spaces in both the arches, to achieve lip competency, to achieve stable results with aesthetic profile and most importantly to achieve these objectives in the shortest possible time duration.

Because the patient sought a shorter treatment time, orthodontic treatment was coupled with Piezocorticision. After the completion of initial alignment and levelling, 19x 25 SS arch wire was placed for 1 month. The anterior segment (cuspid to cuspid) was consolidated to allow en-masse retraction, following which the all first premolars were extracted.

He was then referred to the Department of Periodontics and Implantology for piezocorticision procedure in mandibular arch (anterior region only).

After profound anaesthesia with bilateral Inferior Alveolar Nerve Block along with long buccal nerve block in the mandibular arch, the crevicular incision 2mm above the marginal gingiva with papilla preservation was given with the help of No.15 surgical blade in Bard and Parker handle, extending from mesial surface of mandibular second premolar of one side to the contralateral side. A full thickness mucoperiosteal flap was then elevated extending 3-4 mm beyond the mucogingival junction (Figure 3).

With the help of piezo-surgical unit (W&H, Piezomed – SA- 320 along with instrument kit “Bone”) (Figure 4), vertical grooves were placed in the inter radicular space, midway between the root prominences in the alveolar bone from the distal surface of canine of one side to the distal surface of canine on the other side (Figure 5). These grooves extended from a point 2 to 3 mm away from the crest of the bone to a point approximately 2 mm beyond the apices of the roots. Horizontal corticotomy cuts were made joining these vertical cuts beyond the apices of the roots (Figure 6). Grafting was done in most areas that have undergone corticotomy. After the placement of the corticotomy cuts, G-GRAFT bone graft material bone graft was placed with an effort not to place an excess amount. The decorticated bone helped to retain the graft material (Figure 7). Primary closure of the gingival flaps without excessive tension and graft containment were the therapeutic endpoints of suturing and these were achieved with Mersilk 3-0 Black braided suture (Mersilk, 3-0, Ethicon, NW 5028). The sutures were left in place for 10 days (Figure 8).

Figure 7: Grafting of the corticotomy site.

Following indications were given to the patient: Fresh and soft diet, avoid chewing on the operated area, application of ice pack extra orally for first 24 hours, use 0.12% chlorhexidine mouthwash twice a day and warm saline rinses 5-6 times daily after 24 hours. Avoid brushing the affected site until sutures are removed.

Patient was recalled after 10 days for suture removal. He was referred back to the Department of Orthodontics after suture removal for the placement of the arch wire. Retraction was started on the same visit using active tie back method (Figure 9).

The subjects were recalled every 3 weeks.

The distance between the cusp tip of the mandibular cuspids and the buccal cusp tip of mandibular second bi-cuspids was measured using a Boley gauge (GDC, 4982) on every appointment (Figure 10). A force of 150 gm was delivered and was measured with the help of Dontrix force gauge (Dynamometer, 42-FGD-352, Nexadental). Retraction assemblies were re-activated on every visit to keep the force values constant.

This was done until the extraction space was completely closed. Different recent research studies have focused on rapid orthodontic tooth movement, with the rationale being shorter the overall treatment time, fewer complications and more compliant and satisfied patient. Different approaches have demonstrated enhanced rate of orthodontic tooth movement. Surgical injury of the cortical bone adjacent to the area of desired tooth movement also has been reported to initiate biochemical changes leading to rapid tooth movement [6]. These physical modifications have proven to be beneficial in several ways: increased stability of the clinical outcomes (less orthodontic relapse), increased scope of malocclusion treatment (at times, avoiding orthognathic surgery), and reduced active orthodontic treatment time (by an average of 2 to 3-fold) [7].

The initial corticotomies were performed using burs that could potentially damage the teeth (close root proximity) and bone (excessive heat) and could produce marginal osteonecrosis and impair bony regeneration [8]. Piezoelectric incisions recently have been reported to be safe and effective in osseous surgeries, such as pre-prosthetic surgery, alveolar crest expansion, and sinus grafting. Because of its micrometric and selective cut, the piezoelectric knife is said to lead to safe and precise osteotomies without any osteonecrosis damage. Furthermore, it works only on mineralized tissues, sparing soft tissues and their blood supply [9].

The technique being proposed here has demonstrated similar clinical outcome when compared with the classic decortication approach but has the added advantages of reducing chairside time, being minimally invasive and less traumatic to the patient. It takes typically 1 hour to complete both arches v/s 3 to 4 hours with the conventional technique. This technique is quite versatile because it allows for soft-tissue grafting at the time of surgery to correct mucogingival defects if required.

Piezocision is a minimally invasive technique to achieve rapid orthodontic tooth movement without the disadvantage of a traumatic surgical approach. This novel technique also allows the possibility for hard or soft tissue augmentation, leading to an enhanced periodontium. Piezocision proves to be efficient from both the patient’s and clinician’s standpoints and offers the advantages that should lead to greater acceptance in the dental community. 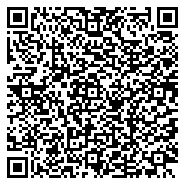