The conservation of savannah (Loxodonta africana) and forest (Loxodonta cyclotis) elephants in Africa is an urgent worldwide issue, as recent increases in poaching have resulted in population reductions of up to 60% across the continent [1,2]. Despite an international commercial trade ban, demand for ivory is reducing or eliminating elephants in large swaths of their former range, with recent surveys estimating that tens of thousands of elephants have been poached in Tanzania and Mozambique alone in the last five years [3]. Reduced ivory demand in Asia, increased incentives for local communities to act as elephant stewards, strengthened frontline conservationists' ability to prevent elephant poaching have all been proposed conservation responses to this crisis [4]. The latter two points necessitate increased investment in elephant conservation efforts by range-country governments. However, given other pressing development priorities competing for limited funding and attention, it is often difficult to justify conservation on a return on investment basis, because the tangible economic benefits of biodiversity conservation are rarely understood [5].

Using this approach, we hope to better understand how the tourism benefits lost as a result of elephant poaching relate to the enforcement or anti-poaching costs required to prevent elephant population declines due to illegal killing [6]. While addressing an important aspect of elephant conservation and management, this benefit-cost framework is only a small part of what a total economic value study would estimate. Additional potential costs, such as crop damage to local communities and the potential costs of setting aside as well as additional potential benefits, such as elephants ecosystem engineering role and the existence values that people hold for their conservation, would all be considered in a more comprehensive economic study with more data availability [7].
Elephant conservation in African savannah protected areas is a wise investment with immediate and ongoing tourism benefits. Return rates are positive, sometimes strongly positive, in these areas, indicating that tourist's willingness to pay to see elephants as part of a visit to a PA are sufficient to offset the increased costs required to protect elephant populations. These findings are consistent with surveys that show elephants are among the most popular African wildlife species for tourist viewing [8]. Implying that poaching related elephant declines drive tourism losses rather than the other way around. Anecdotal evidence suggests that tourism is under threat or has already declined as a result of the even more catastrophic recent losses of elephants across Africa [9].
Elephant-based tourism cannot be expected to contribute significantly to the conservation of forest elephants in central Africa at the moment. Different funding mechanisms that capture public concern and the 'existence value' of elephants will be required to halt recent declines in these remote, difficult to access areas, where tourism levels are currently lower than in savannahs and elephants, with few exceptions, are difficult to see; examples include the Partnership to Save Africa's Elephants (a Clinton Global Initiative) and the Elephant Crisis Fund [10]. Global forest-based conservation schemes, such as Reducing Emissions from Deforestation and Degradation (REDD+), may also play a role if associated biodiversity considerations, such as elephant conservation, can be included. Our findings also show that biodiversity conservation cannot always be justified solely on financial grounds, and that the 'use values' or 'ecosystem services' that biodiversity provides are complementary to, rather than substitutes for, moral or aesthetic reasons for conservation. 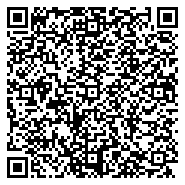