Introduction The distribution of environmental radiation in eastern Japan was dramatically changed after the Fukushima Daiichi Nuclear Power Plant (F1-NPP) accident that occurred in March 2011. The released total amounts of artificial radionuclides were estimated to be 100 - PBq of 131I and 6 - 20 PBq of 137Cs and they are about 10% and 20% of the respectively estimated amounts emitted in the CHERNOBYL accident. In metropolitan Tokyo, 220 km southwest of the F1-NPP, such artificial radionuclides as 131I, 134Cs and 137Cs were wet-deposited on March 21 - 23 by rainfalls. According to the Tokyo Metropolitan Government , the average absorbed dose rate in air (range) that was observed in June 2011 was 61 ± 24 nGy h-1 (30 - 200 nGy h-1), and that value was a maximum of 4.1 times higher than measured values before the accident . The area with the highest dose rate due to radionuclides deposited from the F1-NPP accident was Katsushika Ward which is located in the northeastern part of Tokyo. The absorbed dose rate in air measured in July 2011 in Katsushika Ward was 268 nGy h-1, which was 6.9 times higher than the value before the accident (i.e., 39 nGy h-1). Higher absorbed dose rates in air were observed on both the western end and the eastern end including Katsushika Ward, of Tokyo. However, the contribution ratio from the radio cesium (134Cs + 137Cs) to the absorbed dose rate in air in the eastern end was twice as high as that of the western end. 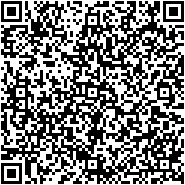