Effect of Probiotics on Gut Microbiota

The term microbiome is defined as the overall amount of microbial genes harboured by the microbiota that is the microbes inhabiting the intestines of humans [1]. There are trillions of bacteria in the human stomach that interact with the host.

The gut microbiota has a number of beneficial qualities, including the fermentation of non-digestible substrates including dietary fibres and endogenous intestinal mucus, which supports the growth of microorganisms that create (Short Chain Fatty Acids) SCFAs like acetate, propionate, and butyrate, as well as gases [2,3]. Changes in the gut microbiota can occur within days of changing diet, according to studies; African Americans and rural Africans who switched diets for only two weeks revealed significant differences [4]. Another study evaluating dramatic transitions between plant and animal proteinbased diets after only five found similar results days [5]. Healthy microbiota,on the other hand, are resistant to temporal changes caused by dietary treatments, indicating that homeostatic reactions restore
the original community composition, as demonstrated recently in the case of bread [6]. 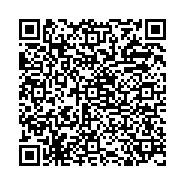