Although disinfection by sanitizers used to produce packing sheds which helps in preventing cross-contamination between farm equipment and produces, sanitizing agents like ethanol are capable of causing sanitizer-injured bacteria. Using the thin agar layer (TAL) method, the proportion of ethanol-injured coliform bacteria resulting from the use of an alcohol agent containing 1.6% and 47% ethanol was evaluated in pure cultures and in a harvest environment of cabbage, respectively. In pure cultures of Enterobacter cloacae, Escherichia coli, and E. coli O157:H7, ethanol-injured cells were observed at a range of 68-95% by treatment with an alcohol agent. When an alcohol agent was sprayed on harvest equipment including knife, container and gloves, 60% of the total coliforms detected on the knife were injured, but no injured coliforms were detected on the container and gloves. The isolation and identification of coliforms on selective and TAL media from the knife suggested that the ethanol stress caused injury to Enterobacter amnigenus, E. asburiae, and E. kobei. Injured bacteria were not detected on cabbage after harvest using the alcohol spray-treated knife because the species of bacteria found in cabbage (14 species belonging to 11 genera) were different from those on the knife. These results indicate that the sanitizer-injured coliforms would not be present on cabbage when transfer of the bacteria from harvest equipment to the cabbage is prevented or when a suitable sanitizer is used that causes death of the bacteria rather than sanitizer-induced cell injury. 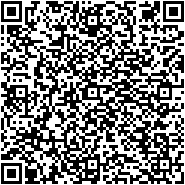