Yacon is a species of perennial daisy originally grown in South America, which has strong adaptation capacity and resistance to strong light and low temperature [1]. The tuber of yacon contains quantities of fructo-oligofructose and protein, and its functional active compound is diverse and abundant such as amino acid, flavonoid and polyphenols [2]. Chlorogenic acid (CGA) is a depside consisting of caffeic acid (CA) and quinic acid (QA) [3,4]. CGA has strong capacity to scavenge free radicals and antioxidant activity [5,6], hence it is extensively applied to the medicine, food and daily cosmetics industries. Currently, there are many extraction methods used for, such as water extraction, organic solvent extraction [7] and enzymolysis extraction [8]. Meanwhile, ultrasonic and microwave are often coupled with conventional extraction method, which is evident to upgrade extraction efficiency [9,10]. Additionally, ultrahigh pressure extraction [11], supercritical fluid extraction [12], reverse micellar solution extraction [13] and other novel advanced extraction technologies are also available in the extraction of CGA. Novel extraction technologies of CGA have the feature of high efficiency; however, they are deficient with complicated operation, high energy consuming and high demand for equipment. While soxhlet extraction is featured with good choice, low energy consuming, simple operation and high extraction rate [14]. Currently, soxhlet extraction is extensively applied to many natural products. However, the technology parameters of soxhlet extraction of CGA are less reported, so that a soxhlet extractor was used to extract CGA from yacon using Box-Behnken design.

Yacon was provided by Gaozhou Fengsheng Food Co., LTD. in China, which was transported into the laboratory at its harvest and stored for use. Ethanol was analytic reagent, produced by Tianjin Baishi Chemical Industry Co. LTD. in China.

All determinations were carried out in triplicate and significant differences (p<0.05) were calculated using Duncan’s multiple range test.

Dried yacon was broken down into powder, the powder of samples was put into a filtration paper cylinder in a soxhlet extractor, purchased from Shenzhen Kexin Glass Instrument Co. LTD. Secondly, the whole experiment apparatus was assembled together and some glass beads were added in flat bottom flask to avoid bumping. Next then, 50~250 mL ethanol solution was weighed and taken into the soxhlet extractor to carry out soxhlet extraction. At the end of soxhlet extraction, flat bottom flask was evaporated at 50~55°C in a rotary extractor, RE-52 rotary evaporator was provided by Shanghai Yahua Biochemical Instrument Factory, to remove residual water and ethanol, and dried at 60°C for 30 min to completely wipe up the influence of impurity such as water and ethanol. Eventually, the extracts were kept constant volume of precise 100 mL in a 100 mL volumetric flask and test its absorbance in the wave length of 330 nm using UV-3100PC USVIS spectrophotometer, purchased from Shanghai Meipuda Instrument Co. LTD. The extraction rate of CGA was obtained according to the computation equation (1).

Formulation of standard curve of CA

Standard sample of CA was weighed 10 mg and precisely in 100 mL volumetric flask with absolute ethanol. Then sample solution was taken 0~6 mL to prepare 7 testing groups which were in 0~24 μg/mL. The testing groups were tested in the wave length of 330 nm to obtain their absorbances, and then a standard curve of CA was drawn where the absorbance of y coordinate axis responded to the CA concentration of x coordinate axis. The equation of standard curve was y=0.0382x +0.124, R2=0.9996.

Table 1: The factors and levels of experiments. 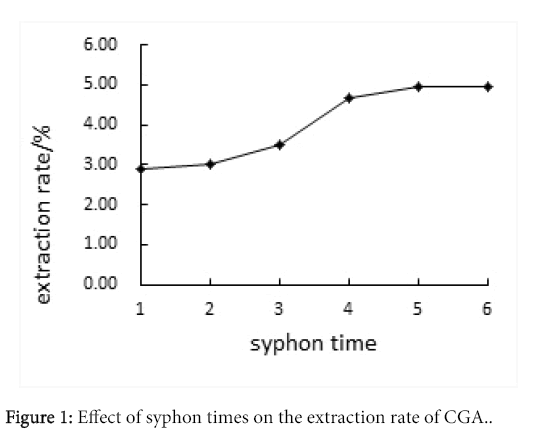 Figure 1: Effect of syphon times on the extraction rate of CGA. 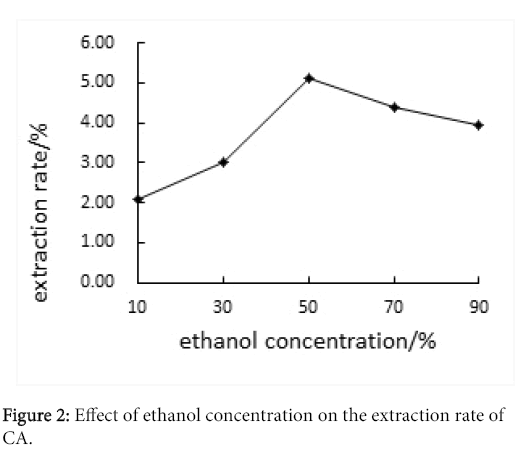 Figure 2: Effect of ethanol concentration on the extraction rate of CA. 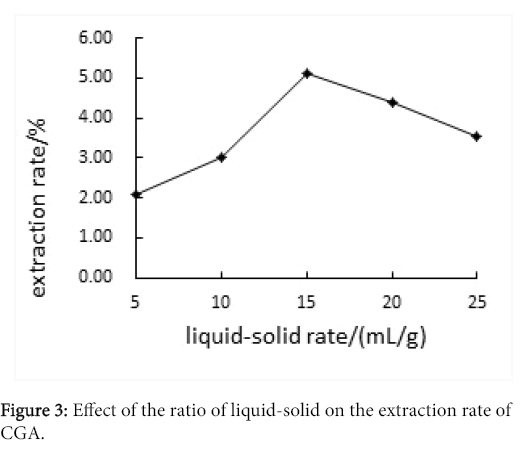 Figure 3: Effect of the ratio of liquid-solid on the extraction rate of CGA.

The response surface methodology (RSM) is in essence a statistical methodology absorbing many advantages of mathematical procedures that can be used to study the relationship between one or more responses and a number of independent variables. In addition to analyzing the effect of independent variables, the optimization methodology generates a mathematical model that accurately describes the overall process that response value responds to the change of independent variables [15]. Statistical optimization not only allows quick screening of large experimental domain, but also reflects the role of each of the components. RSM has already been successfully applied in extraction optimization of many natural active compounds such as total carotenoids [16] and antioxidant compounds [17]. Design-Expert soft presented a response surface design of 3-factor and 3-level, and the optimization of soxhlet extraction of CGA was carried out according to the design. The experimental combinations and their data of extraction rate were listed out in Table 2.

The significance test was also carried out in Table 3. In testing results, Pmodel was lower than 0.0001 and Plack of fit was 0.0754, indicating that the difference between actual value and academic value was insignificant. R2 was equal to 99.88%, indicating that the model could really reflect the effect of syphon time, ethanol concentration and liquid-solid rate on the extraction rate.

Table 3: Analysis results of variance of the experiment.

According to the model, Design-Expert soft presented the optimal extraction parameters of soxhlet extraction. When Y was the highest, X1 was equal to 5.32, X2 was 50.41 and X3 was 15.33, in another word, syphon time should be 5.32, ethanol concentration should be 50.41% and liquid-solid rate should be 15.33 mL/g, in the condition the extraction rate was the highest of 5.21%. For the convenience, syphon time was 5, ethanol concentration was 50.41% and liquid-solid rate was set 15.33 mL/g, which were as the optimal extraction condition. In order to verify the precise, 3 verification experiments were carried out in the optimal condition and the extraction rate values were 5.22%, 5.21% and 5.23%, whose average value of 5.22% was close to the academic value. Hence, response surface methodology was feasible to optimize soxhlet extraction of CGA; the optimal extraction technology was valuable in actual application.

Chlorogenic acid (CGA) is a physiological active compound of phenylpropanoids in many plants formulating through shikimic acid pathway in the process of aerobic respiration, which was proved evident medicine value and medical care function. In the study, Chlorogenic acid (CGA) in yacon was extracted by soxhlet extraction, single factor experiment and response surface design was in assistance to construct secondary multiple regression equation where extraction rate responded to extraction parameters.

This research was financially supported in part by Science and Technology Project Program of Guangdong Province.