Phenylketonuria is a disorder affecting the levels of aromatic amino acid, phenylalanine. It results from the deficiency of phenylalanine hydroxylase (PAH) and if untreated it can result in intellectual disability. The incidence of Phenylketonuria (PKU) is 1 in 13,500 to 19,000 births in the United States.

The hepatic enzyme, phenylalanine hydroxylase (PAH), catalyzes the conversion of the essential amino acid phenylalanine to tyrosine. Tetrahydrobiopterin (BH4) is a cofactor required for PAH activity. This pathway accounts for most of the catabolism and is responsible for the disposal of approximately 75 percent of dietary phenylalanine, with the remainder used for protein synthesis. Phenylketonuria (PKU), in most cases, is caused by deficiency of PAH. This results in elevated blood and urine concentrations of phenylalanine and its metabolites, phenylacetate and phenyl lactate. Most cases of phenylketonuria are caused by phenylalanine hydroxylase deficiency. Loss of function in the variants, the PAzH gene leads to an accumulation of Phe in the liver, the blood and ultimately in the brain, causing severe mental retardation, behavioral disturbances, and psychiatric disorders in untreated patients [1].

The primary pharmacotherapy available for the treatment of mild PKU is tetrahydrobiopterin/superoperon, a cofactor for PAH. Use of PEGylated phenylalanine ammonia lyase (PEG-PAL), an enzyme that degrades phenylalanine, is under investigation. Pharmacologic doses of BH4 or Sapropterin may be an alternative or adjunct to dietary restriction of phenylalanine in patients with HPA or mild to moderate PKU phenotypes. The response to BH4 among children with PKU (but not BH4 deficiency) has been evaluated in several studies [1].

PKU is an autosomal recessive inheritance disease. Most of the cases are caused by mutations in the gene coding PAH, which has been mapped to human chromosome 12q23. More than 500 mutations, including deletions, insertions, splicing defects and missense and nonsense mutations, have been identified. Newborn screening for PKU has been routine throughout the United States since the mid-1960s. The test became routine due to the excellent prognosis for individuals with PAH deficiency who are treated early, and the high risk for sever and irreversible brain damage for individuals who are not treated (Table 1) [2].

The clear relationship between clinical and metabolic phenotype is the basis of phenotype classification which is predicted based on offdiet blood phe levels. The major classifications of PKU are mild hyperphenylalaninemia (HP; 120-600 umol/l), mild PKU (600-12000 umol/l) and classic PKU (>1200 umol/l). The key to comprehending genotype- phenotype relationships and its inconsistencies lies with in understanding PKU disease mechanisms. PKU is an extremely heterogeneous disease, both at the genotypic and phenotypic level. Wide variation in intellectual phenotype has been described in untreated patients, and treated patients exhibit wide variation in phenylalanine tolerance and other biochemical phenotypes. At the genotypic level, more than 200 different mutations have been described in the PAH gene [3].

PAH gene is located on chromosome 12 q23.2, spanning 171 kbp and includes 13 exons, which encode polypeptide of 452 amino acids. Susan Ramus, in her article reports how genotype and phenotype relates to PKU and their roles in treating PKU. They have conducted a study in Australia with untreated PKU patients. These untreated PKU patients were born between the years 1917 and 1965, before the introduction of newborn screening for PKU in Australia. Blood samples were obtained from 54 untreated patients from 42 families. This study shows that a difference in the intellectual phenotypes of individuals with the same genotype has been observed both within and between families. Several of the families showed extremely different intellectual phenotypes among siblings. Several unrelated individuals were found to have the same PAH genotype (Table 2) [4,5].

Brackets around phenotype indicate late treatment. Slash between phenotypes means phenotype is between the two classifications.
* Published in Reference [5]
†No DNA sample from deceased patients.
‡Mutation not expressed but predicted to have zero activity due to premature termination.
§ PAH activity not known for at least one allele.
¶ Serum phenylalanine level not determined in deceased patients.

PAH is a homotetrameric or homodimeric enzyme, whose activity is regulated by the substrates binding it, PHE, and its cofactor, BH4. Soltani Iba is the author of First Case Report of Ex3del4765 Mutation in PAH Gene in Asian Population. In her article, she reports a patient with classic PKU and his parents harboring a large deletion in exon 3(EX3del4765) of PAH gene. This is the first report of EX3del4765 in Asian patients with PKU. In the article, they described a case involving a 15-year-old male that was referred to the Genomic Research Center in Tehran, Iran due to high level of blood phe detected in the routine national frame work of PKU neonatal screening. His parents were first cousins with no family history of PKU. Due to high levels of phenylalanine in blood, the patient was diagnosed as classic PKU. Molecular genetic analysis was performed to confirm PKU diagnosis in the child. After the analysis, a 1120 bps segment was amplified that demonstrated a large deletion of 4765bps consisting exon 3, and results were confirmed. As a result, heterozygous status of parents for the same deletion was revealed by genotyping analysis. Discovering the deletion of exon 3 in PAH gene in the Iranian population could assist health care professionals in better molecular diagnosis of patients with PKU and their family members. These findings will also help to improve early detection, differential diagnosis, genetic counseling, and even treatment of patients (Figure 1) [6]. 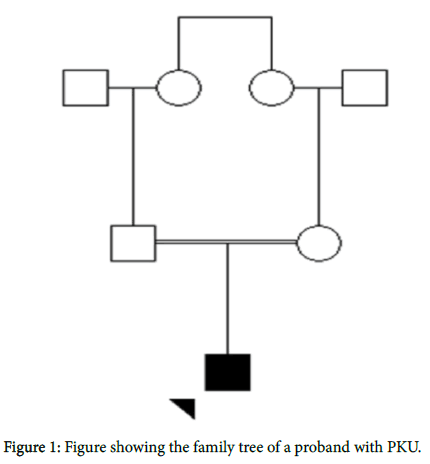 Figure 1: Figure showing the family tree of a proband with PKU.

Inheritance in families is autosomal recessive, affecting males and females equally. Unaffected parents of child with PKU or variant are obligate carriers. Each parent carries at least one disease-causing PAH allele. Such carriers are asymptomatic and never develop hyperphenylalaninemia. Carrier parents have a 25% chance with each pregnancy to have a child with PKU or variant; a 50% chance to have a child who is a carrier like themselves, and a 25% chance to have a child who inherits the normal alleles and who is neither affected nor a carrier (Figure 2) [2]. 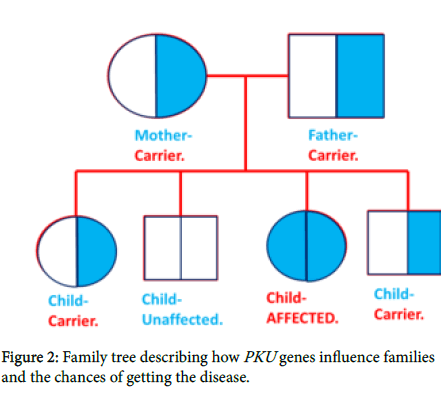 Figure 2: Family tree describing how PKU genes influence families and the chances of getting the disease.

The federal and state government in the United States have taken steps to formalize public health efforts in genomics and to apply advances in genomics toward health promotion and disease prevention initiatives. State governments have undertaken initiatives in public health genetics. Historically, these efforts have tended to be geared to maternal and child health issues such as prenatal diagnosis and newborn screening, but the role of state efforts is gradually expanding.

Newborn screening for phenylketonuria began in 1962 in United States and opened the door for a new level of prevention of genetic diseases. Newborns screening and diagnosis of PKU and variants rests on biochemical testing. Once the diagnosis is established, direct DNA testing of the PAH mutation can be used to identify the diseasecausing genes, for genetic counseling purposes. DNA testing is used for confirmatory testing, prognosis, carrier testing and prenatal diagnosis. Screening for PKU identified the important fact that PKU does not have a single, simple phenotype. The degree of genetic heterogeneity now recognized in PKU is large. More than 500 mutations have been identified and genotype-phenotype correlations are being established [7]. By detecting the diseases early, the prognosis of this disease can substantially improve with early interventions.

Genetic testing for newborn screening, carrier testing, and prenatal screening and diagnosis poses major medical, psychological and socioeconomic risks to individuals. For many the impact of positive results can cause anxiety, fear, worry, anger, depression, and despair. Genetic test results may pose risks for individuals concerning insurance or employment discrimination [2].

In the first few months and years after diagnosis parents face with the fact that PKU presents a serious threat to their child’s development. Reoccurring health related concerns or treatment adherence problems with the child may constitute chronic stressors for the parents. In this situation, members of health care teams should be able to identify and encourage vulnerable parents to seek and maintain social support [8].

Despite the advantages and disadvantages of genetic testing, it is our responsibility as health care professionals to educate our patients and provide information about the genetic diseases and diagnostic tools available to the public. It is up to them to make the decision to go forward by realizing the outcome for the optimal wellbeing of the individual. The new century promises expanded knowledge of genetic testing for genetic diseases in children. Health care professionals increasingly will use screening methods to detect children at risk, and will need to provide information and establish treatment to optimize outcomes in these children.