The Prevalence and Determents of Eating disorders among Emirati Female Students Aged 14–19 Years in Ajman, UAE

Objectives: To estimate the prevalence of eating disorders (EDs) and its determinants among Emirati female students: ages 14 to 19, Ajman. Methods: A cross-sectional survey was conducted in 4 public female high schools in Ajman, with a stratified random sampling of 315 Emirati students. The participants were selected from 3 strata: grade 10, 11, and 12. From each, two classes were selected randomly. Moreover, 30% of the participants at risk of Eating disorders were invited to an individual interview to explore their unique determinants of Eating Disorders. Outcome measures of this study were Eating Attitude Test (EAT-26) Score, Body Mass Index (BMI), Perceived Body Image and Desired Body Image. Additionally, a figure of body image scale correlated to BMI was adapted from Bays et al. [1]. Results: Results were demonstrated into six tables. Average age was 16 ± 1.1 years, where 17.5% of participants were underweight, 48.6% normal weight, 17.8% overweight and 16.2% obese. Furthermore 36.2% were at risk of Eating Disorders. Sub-analysis showed that 20.3% were at risk of Binge Eating Disorder, 4.8% Bulimia, and 5.4% Anorexia. There was a significant discrepancy between their actual and perceived body image. 49.1% of the underweight participants and 80.4% of the overweight perceived their body image as normal. Individual interviews analysis showed the dominant determinants of Eating disorders to be dieting in the family, media’s effect, and peer pressure. Conclusion: The study highlights the severity of the problem in Ajman, UAE. The results can be used to plan health awareness campaigns to prevent Eating disorders among the Emirati youth.

Eating disorders (EDs) are “disorders of eating behaviors, associated thoughts, attitudes and emotions which results in physiological impairments” [2]. The main different types of Eating disorders includes: 1) Anorexia Nervosa (AN): characterized by low energy intake and high energy output. 2) Bulimia Nervosa (BN): characterized by Binge and purge cycle where lack of control over food intake is followed by excessive compensatory behavior. 3) Binge eating disorder (BED) which is characterized by bingeing without purging. Eating disorders can lead to morbidity and mortality for which early detection is crucial [3]. Research has shown that Eating disorders are a multifactorial condition resulting from the interconnection between three main factors: intrapersonal, family, and sociocultural [4]. Females ranging from 14-19 years of age have shown to be at most risk for developing Eating disorders [5]; and the case is not different in the gulf countries spastically in the UAE. The study of Musaiger et al. [6] highlighted this problem by revealing that 41.2% of teenage males in the UAE were at risk of developing Eating disorders and it is on the rise over the years. The aim of this research is to investigate the current prevalence of the risk of eating disorders and its determinants among females, 14 to 19 years of age in Ajman city, UAE.

Study design and description of the sample

This research had a cross-sectional design using surveys followed by individualized semi-structured interviews. 315 females from 4 public high schools were included in the study according to the following inclusion criteria: Emirati nationals, age 14–19 years old, free of medical conditions, enrolled in public high schools in Ajman, UAE. The sample size was calculated with a 95% confidence level and a 5% confidence interval. Participants were randomly selected through a stratified sampling technique. Four schools were chosen at random and each school was divided into 3 main strata based on which grade they were in (10,11,12), then 2 classes from each stratum were selected randomly. Ethical approval was obtained from both Zayed University Human Subjects Research Ethics committee and Ajman Educational Zone. Moreover, each participant received a consent form prior to the start of the study; only consented participants took part on the study.

Anthropometrics: Height (cm) was collected from the school’s medical files, and weight (kg) was measured by the research team using the same scale for all participants. Participants were weighed using no shoes and minimal clothing. Body Mass Index (BMI) was then calculated and participants were categorized into the following criteria: <18.5 “underweight”, 18.5–24.9 “normal weight”, 25–29.9 “overweight”, and ≥ 30 “obese”.

Garner et al. [7] has attended the Eating Attitude Test (EAT-26) (English version). Arabic version of the test, attained from the American Center of Psychiatry and Neurology in UAE was used. It is considered as the most frequently used self-reporting method for screening large populations [8]. The questionnaire measured disordered eating attitude, behavior, symptoms and characteristics of eating disorders. A score of 20 and above indicated a risk of developing an eating disorder without the specification of the type of the disorder. In addition to the EAT-26, four questions were added with a dichotomous answer (yes/no). The latter assessed collected recent eating behaviors to evaluate the exact type of eating disorder the participant would be at risk of.

The Body Figure Rating scale (BFR) (Figure 1) adapted from was used to evaluate the participants’ Desired Body Image (DBI), and Perceived Body Image (PBI) as compared to their Actual Body Size (ABS). The BFR consisted of nine different body images of woman, and each image corresponded to a certain BMI category. The participants were asked to choose one image that represents their current body and one image that represents their DBI. The ABS was estimated by the research team using the figure rating scales BMI category. 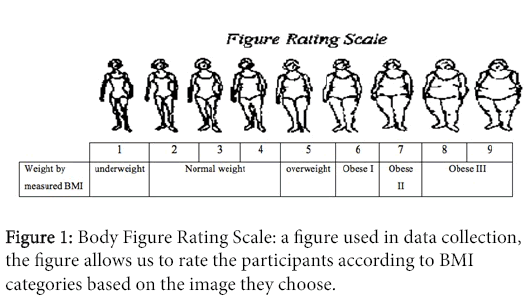 Figure 1: Body Figure Rating Scale: a figure used in data collection, the figure allows us to rate the participants according to BMI categories based on the image they choose.

The interview aimed to explore the determinants of eating disorders risk among a sub sample of the study population. The latter was selected in the following way: participants who scored 20 or more in the EAT-26 questionnaire were divided into three sub-groups based on their BMI 1) Underweight, 2) Normal, 3) Overweight & Obese. After that a 10% of each sub-group was selected for the interview sessions. During the individualized interview (5-10 minutes) participants were asked to discuss their social, personal and psychological behaviors to evaluate their link with eating disorder risk. The researchers made sure to touch upon all of the following: family pressure, family member’s dieting behaviors, anxiety, depression, low self-esteem, media, peer pressure, and bullying.

Statistical Package for the Social Sciences (SPSS) version 23 was used to analyze data. Descriptive analysis was used to describe data in means and standard deviations for the continuous data and frequencies for the categorical data. Moreover, further analysis was done using cross tabulation (Chi square). P values were calculated to indicate significances at ≤ 0.05.

All participants completed the EAT-26 questionnaire; however, only 84% of the ones with E eating disorder risk completed the last four questions, used to evaluate the type of eating disorder they were at risk of. Analysis of the results showed that the mean age was 16.14 ± 1.105 and BMI was 23.95 ± 6.350 (Table 1).

This table showed that only normal weight participants (88.9%) perceived their body image correctly according to their accurate BMI. On the contrary, underweight, overweight, and obese, perceived them differently.

Table 4, revealed the significant discrepancy between PBI and Desired Body Image (DBI) (P=0.008). The strongest finding was that 92.9% of overweight and obese viewed themselves as normal weight.

Table 5 revealed no significant relationship between the actual BMI and the risk of ED. Moreover, it showed the risk of ED for the overweight/obese, the normal weight and the underweight was 40%, 33.3% and 29.1% respectively. Thus highlighting the fact that overweight and obese were slightly more at risk than the rest of the students to eating disorder.

Table 6, illustrates the determinants of eating disorder. Dieting behavior in the family was the highest determinant for increasing risk of eating disorder, followed by the influence of media, peer pressure, obesity, and family pressure (specifically from sisters and mothers).

The current study was able to highlight the increasing risk of eating disorder among Emirati female high school students living in Ajman, U.A.E. Our results showed that 36.2% of students were at risk of eating disorder compared to 15.2% in 2014 [6]. Furthermore, an increase of around 50% in the prevalence of the risk of Anorexia Nervosa was noted as compared to a previous study conducted in Al Ain University 2 years ago [9]. Several determinants can be linked to the high prevalence of the risk eating disorders in U.A.E., which included: dieting behavior in the family as the most dominant determinant followed by the influence of media, peer pressure, family pressure, and being obese. Our finding was in line with previous literature [10].

The study showed that the discrepancy between perceived and actual body size was statically significant and mostly seen among the underweight, overweight, and obese students; the problem was less evident in normal weight students. This highlights the fact that Emirati high school students in Ajman were dissatisfied with their body image; especially, the ones that did not have a normal weight. Moreover, our findings showed that the most desired body image was the smallest of the three normal body images (Figure 1), which was in line with the findings of Harris et al. [11]. Furthermore, the risk of eating disorder increased with the increase of BMI above normal,

The study highlights the severity of the problem in Ajman, UAE, where the risk of eating disorders has doubled in the past two years. The unique determinants of developing eating disorders were dieting behavior in the family, the influence of media, and peer pressure. The results can be used to plan health awareness campaigns to prevent eating disorder among the Emirati youth. 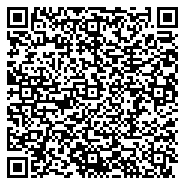