It has been recently shown that nutritional ketosis is effective against seizure disorders and various acute/chronic neurological disorders. Physiologically, glucose is the primary metabolic fuel for cells. However, many neurodegenerative disorders have been associated with impaired glucose transport/metabolism and with mitochondrial dysfunction, such as Alzheimer’s/Parkinson’s disease, general seizure disorders, and traumatic brain injury. Ketone bodies and tricarboxylic acid cycle intermediates represent alternative fuels for the brain and can bypass the ratelimiting steps associated with impaired neuronal glucose metabolism. Therefore, therapeutic ketosis can be considered as a metabolic therapy by providing alternative energy substrates. It has been estimated that the brain derives over 60% of its total energy from ketones when glucose availability is limited. In fact, after prolonged periods of fasting or ketogenic diet (KD), the body utilizes energy obtained from free fatty acids (FFAs) released from adipose tissue. Because the brain is unable to derive significant energy from FFAs, hepatic ketogenesis converts FFAs into ketone bodies-hydroxybutyrate (BHB) and acetoacetate (AcAc)-while a percentage of AcAc spontaneously decarboxylates to acetone. Large quantities. 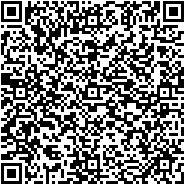