Journal of Medical Toxicology Research focuses mainly on topics that include:

The Journal of Medical Toxicology Research is competently supported by prominent Editorial Board members and manuscripts submitted by authors will be evaluated on Editorial Manager System by Editors & reviewers of particular expertise in the same field to ensure that the published articles are of high quality with accurate and reliable information & data for the betterment of scientific community.

The science of poison that studies toxic substances with respect to their: source, properties, mechanism of action, toxic effect, detection, clinical manifestations and management etc. Toxicity can affect the animals, plants, bacteria and humans beings. Toxicity is basically three types-acute toxicity, sub chronic toxicity and chronic toxicity In U.S. there were 667 poison exposure reported per 100,000 populations. The highest incidence of poison exposure occurred in below 5 years of age group (8,327 and 8,085 exposures/100,000 children in the respective age groups)  . In US 2015, According to U.S. Poison center approximately 78.4% of poison exposures were unintentional (general, environmental, bite, food poisoning, occupational and unknown), 17.6% were intentional(Abuse, misuse, Suspected suicide, unknown),  ,and 2.4% were adverse drug reactions99% of poison exposures are unintentional below the age group of 6 years.

The term Chronic toxicity describes the toxic adverse effect of substances such as drugs and chemicals from the repeated exposure in a longer duration of time( month or years).The common symptom of chronic poisoning is Cancer, Damage to kidneys, Damage to the brain, Damage to the other organs, Affect an unborn child.. There are so many factor that increases or decreases the toxicity of stressors, Chemical and Biological factor that influence the toxicity. An average of 6 people dies of alcohol poisoning each day in the US. In US approximately 18 women die every day due to prescription painkiller overdose, more than 6,600 deaths in 2010.  The number of prescription drug overdose death is now greater than those of death from opioids.

Clinical Pharmacodynamics is the study of biochemical and physiological effect of drug and their mechanism of action at organ level as well as cellular level. Clinical Pharmacodynamics means the action of drug on body, including the receptor interaction, dose response phenomena, and mechanism of therapeutic and toxic action. Drug act either by receptor or non-receptor or targeting specific genetic changes. Stimulation, depression, Irritation, Replacement, Cytotoxic action, Antimicrobial action, Modification of immune status all these are the types of drug action. Enzymes, Ion channel, G-protein coupled receptor, and Transporters are types ofthe mechanism of action of drug.

Chemical Toxicology is the study of adverse effects that occur in living organisms due to chemicals. It involves observing and reporting symptoms, mechanisms, detection, and treatments of toxic substances, in particular, relation to the poisoning of humans. The goal of toxicology is to collect the basic knowledge of the harmful actions of chemicals, study their mechanisms of action, and to estimate their possible adverse effect to the living organism on the basis of experimental work on biological test systems. The National Centre for Health Statistics at the  Centre for Diseases Control and Prevention  does collect information on many of the more commonly used drugs, In 2015 Number of death from the entire drug were 55,000.

Nano Toxicology is the study of the toxicity of Nano materials. Nano toxicology is the branch of Nano science. Nanomaterial (NMs) is generally defined as a substance having particles with at least one dimension of 1–100 nm in length. The toxicity of nanomaterial is classified mainly into two types-Biological Toxicity and Environmental Toxicology. Nano toxicology may cause Colon cancer, Asthma, Atherosclerosis, High blood pressure, Auto- immune diseases etc. Some of the particle features such as size of the particle, surface chemistry, and oxidative stress functions play important roles in Nano-toxicity.

Molecular Toxicology is a field related with the effects of various chemical components on living organisms. The goal of toxicology is to collect the basic knowledge of the harmful actions of chemicals, study their mechanisms of action, and to estimate their possible adverse effect to the living organism on the basis of experimental work on biological test systems.

Assessment of the effects induced by physical or chemical agents on both DNA and on the genetic processes of living organism. Gentic toxicology is dealing with the harm effects of chemical, physical and biological agents or substances on the heredity of living organisms. genetic toxicology  is defined as the property of chemical agent that harm the hereditary information inside the cell causing mutations, which cause cancer while genotoxicity is often confused with mutagenicity, all mutagens are genotoxic, but all genotoxic are not mutagens. National Institutes of Health has characterized the genetic toxicity of various classes of oxidizing and environmental agents and established genetic toxicity as a major cause of cancer. By the reduction of many genotoxic chemical substances in the environment, such as butadiene, benzene and urethane cancer should be prevented.

Reproductive Toxicology is a study of the adverse effect of an exogenous agent on embryo, fetus, neonate and pre-pubertal mammal and the adult reproductive and neuroendocrine systems. Reproductive Toxicity includes an effect on male fertility, female fertility, parturition, and lactation. Side effect of the reproductive toxicity in females  areReduced fertility, Delayed Puberty, Neurobehavioral problems, Premature birth, Childhood cancer, Birth defects, Spontaneous abortion, Menstrual disorders. Aims of the Reproductive toxicology are to predict the adverse effects of chemicals and medicines on the ability of man to reproduce by assessing effects in animals. The substance that causes the developmental toxicity from developing stage to birth is called teratogens. In 1995, major developmental defects accounted for approximately 70% of neonatal deaths and 22% of the 6,500 deaths of infants (before 15 months of age) in the United States (March, 1999). Approximately 30% of admissions to pediatric hospitals are for health problems associated with such defects. Developmental toxicity is caused by drugs, lifestyle factors such as alcohol, diet, physical factors or chemical factors. 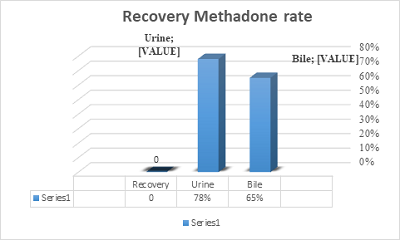 Evaluation of Organochlorine Pesticide Residues in Underground water of the Mostaganem Region, Algeria