Breastfed infants are at risk of vitamin D (VD) deficiency and therefore receive prophylactic supplements of VD. To alleviate uncertainty regarding the best prophylactic dose of VD, we conducted a randomized prospective study in breastfed infants [1]. VD (cholecalciferol) is produced in the skin upon exposure to ultraviolet (UV) radiation. VD is required for the maintenance of bone health and deficiency of VD can lead to rickets in infants and children [2]. Production of VD is highly variable depending on the intensity and duration of UV exposure as well as factors such skin pigmentation. Production of VD occurs usually intermittently, with storage of VD ensuring an adequate supply during periods of low production. Blood concentration of 25(OH) D is used as indicator of vitamin D status. Besides endogenous production, VD can also be received from dietary sources. Breast milk is highly variable in its VD content, which can be very low in winter at northern latitudes [3-6]. This is why breastfed infants need to receive supplemental VD. Although almost any VD supplementation seems to achieve its primary aim, the prevention of rickets, the minimum protective amount is not known exactly. Also, surprisingly little is known about the effects of lesser intakes of VD on the bones of infants.

To provide some of this information, we conducted a prospective study in breastfed infants [1] comparing four different doses of supplemental VD, including a dose (200 IU/d) that was lower than the then recommended dose of 400 IU/d [7]. Study infants received from 2 to 9 months daily VD supplements of 200 IU, 400 IU, 600 IU or 800 IU while receiving only limited amounts of VD from food sources. The study was designed so that the primary evaluation of infants occurred at the end of winter when the likelihood of low vitamin D status is highest [8]. The main findings of the study have been reported [1]. We now present data on the effects of the 4 doses of supplemental VD on bone mineral content and on plasma markers of bone turnover. We asked the question whether low doses of VD or low plasma levels of VD, could be associated with subtle effects on bone health, i.e., subclinical rickets.

Study design, subjects and methods have been described in detail in the original publication [1]. In short, this was a randomized blinded trial involving breastfed infants. Since the main assessment of the effect of VD on bone was to be made at the end of winter, only infants who were born between June and November were enrolled as they would have spent several months during solar winter before their final assessment 5.5 and 9 months of age. The infants happened to be all Caucasian. Parents provided informed written consent.

Infants were exclusively breastfed at the time of enrollment at or before 28 days of age. After age 4 months parents were free to introduce complementary foods but not infant formula or milk until after 9 months. At age 2 months (56 days) infants were randomly assigned to one of 4 doses of daily VD supplementation (no placebo group), which they received from 2 until 9 mo. Infants visited the study center every 28 days until 9 mo and for a final time at 12 mo Capillary blood was drawn into heparinized tubes at 2, 4, 5.5, 7.5 and 9 mo. Bone densitometry (DXA) was performed at 2 mo. and again at a visit close to the end of winter (at 5.5, 7.5 or 9 mo). Because DXA measurements involved radiation exposure, parents could opt out of having DXA studies performed.

Starting at 2 months of age, infants received daily directly into their mouth 0.5 ml of a solution that provided in each 0.5 ml 200 IU, 400 IU, 600 IU or 800 IU of vitamin D3 (cholecalciferol). Over the study period, infants consumed on average 103.4% of the intended amount of the supplement solution.

Whole body dual energy x-ray absorptiometry (DXA) was performed at study entry at 2 months of age, and again at the end of winter when infants were 5.5, 7.5 or 9 months old. DXA was performed using a Hologic QDR 4500 Delphi A (Hologic Inc., Bedford, MA) densitometer. Manufacturer recommended quality assurance procedures were performed using an anthropomorphic spine phantom; the scanner stayed within the manufacturer-specified tolerance. Infants were lightly swaddled and not sedated for DXA scans. All DXA scans were analyzed at a central site where all scans were reviewed by one investigator (WKK) for the presence of movement artifacts and other technical problems [9,10]. Scan analysis was performed using manufacturer software v13.3:3 adapted from validation studies [11,12]. Only data from technically satisfactory studies are shown. Whole body bone mineral content (BMC) is reported.

Standard descriptive statistics for each measured parameter were calculated. Linear regression analysis was used to explore the relation between measured parameters and concurrent serum concentrations of 25(OH)D. Whether VD exerts effects on markers of bone metabolism was assessed by analysis of covariance with values obtained at 4 months as covariates. Bone mineral data were assessed by analysis of covariance with current weight and length as covariates. Primary evaluation was at end of winter, when infants had spent several months with low or absent sun exposure.

Of the 194 infants in the study at 2 months of age, 105 underwent DXA studies that were technically satisfactory in 74 infants. Of the 128 infants still in the study at the end of winter, 78 underwent DXA studies, which were technically satisfactory in 59 cases. Infants who underwent DXA studies did not differ from infants who did not undergo DXA studies with regard to birth weight (data not shown) nor with regard to maternal serum 25(OH)D concentration 28 days after delivery (DXA (n=91) 35.5 ± 9.5 nmol/L, nonDXA (n=90) 35.0 ± 8.8 nmol/L). We wish to point out that values at 2 months of age were always obtained during summer and before the initiation of vitamin D supplementation.

Data regarding markers of bone turnover are summarized in Table 1. Although there were some modest effects of age or season on plasma Ca and PTH as reported previously [1], there was no effect of VD dose. Bone-specific alkaline phosphatase showed a very modest yet statistically significant (p<0.01) increase with the highest dose of VD (800 IU/day). Concentration of osteocalcin showed an increase with age but did not show any response to VD. Similarly, there was no effect of VD on CTX. Concentration of 25(OH)D showed, as reported before [1], a marked increase with increasing dose of VD. At no age was there a significant correlation (data not shown) between 25(OH) D concentration and any of the parameters of bone turnover.

Results of determinations of bone mineral content (BMC) are shown in Table 2. As expected, BMC increased with age of infants, but when normalized to body weight the changes were rather modest. Bone mineral density (g/cm2) was similarly only modestly affected by age. Analysis of covariance revealed no consistent effect of VD on bone mineral content at the end of winter. Values for 600 IU/d were significantly (p<0.05) lower than values for other doses.

The objective of VD supplementation of breastfed infants is protection from rickets. In that regard, our study [1] showed that supplementation with four different doses of VD is equally effective. But whether VD, aside from the dramatic protection against rickets, has effects on the bony structures of infants is not well known. In our study we saw a small effect of VD on plasma Ca. We now have examined results of other bone-related plasma measures and we find that there were no effects of VD. This is somewhat counterintuitive as one might expect that a smaller than the standard dose of the effective agent would show a diminished effect on bony structures. We measured known indicators of bone metabolism as well as skeletal mineral content and found absolutely nothing. Over a four-fold range of doses, VD had no measurable effect.

Breastfed infants receive variable but generally very low amounts of VD from breast milk. When endogenous production of VD by the infant is low or absent, as it often is at northern latitudes during winter, and when the breast milk content of VD is low, as it can be when mothers do not take supplemental VD, breastfed infants are at risk of rickets. That is the reason why VD supplementation is recommended for breastfed infants at all times [7]. How low the intake of VD has to be in order for rickets to occur is not known. That is probably the reason why the exact amount of supplemental VD that is required is not known. It is perhaps unknowable as both the content of preformed VD in breast milk as well as the endogenous production of VD is highly variable both between individuals and also over time. More importantly, these are never known in clinical reality.

We assessed bone metabolism and mineral content at the end of winter, at a time when endogenous production of VD is at its lowest and VD content of breast milk also must be assumed to be very low. We also limited intake of preformed VD from non-breast milk sources as best we could by prohibiting the consumption of formula or milk.

Earlier studies examining the relation between VD status and bone mineral content in infants have for the most part not found much of an effect of VD on infant bone. Greer and coworkers [13,14] measured BMC by single-photon x-ray absorptiometry in breastfed infants who did or did not receive supplemental VD. In the earlier of the studies [13], BMC was found to be significantly elevated in VD supplemented infants at 3 months but not at 6 months of age. In the later study [14] BMC was not higher in the supplemented group than in the placebo group. Park and coworkers [15] studied Korean breastfed infants who did not receive supplemental VD and compared them to a group of infants fed a vitamin D-fortified formula. Bone mineral content was determined by lumbar spine DXA at the end of winter. Serum 25(OH)D was lower in the breastfed group, but BMC did not differ between the groups, and there was no correlation between BMC and serum levels of 25(OH)D in individual infants. Abrams et al. [16] determined BMC by whole body DXA at 3 months of age in breastfed infants. They found no correlation between BMC and serum levels of 25(OH)D. In a large prospective study conducted in Canada [17] breastfed infants received daily VD supplements of 400 IU, 800 IU, 1200 IU or 1600 IU. BMC was determined by wholebody DXA. Serum concentrations of 25(OH)D increased in dosedependent fashion, but there was no effect of VD on BMC.

Thus the present findings are generally in line with the largely negative earlier findings. We found no effect of a wide range of VD doses on bone mineral content or on markers of bone metabolism. We considered our findings somewhat counterintuitive. If adequate amounts of VD protect from rickets, one might expect to see some diminution of bone mineral content or of bone turnover at low VD intakes compared to higher intakes. But that was not the case. A possible explanation could be that minimal required intakes of VD are lower than hitherto thought and that 200 IU/d is well above the required intake. Other possibilities include casual (intermittent) exposure to ultraviolet light that produced sufficient VD to prevent effects of low supplemental VD intakes to become apparent. Another possible explanation is that in the presence of adequate intakes of minerals, especially calcium, the role of VD in bone mineralization may be limited.

We need to point out that all study infants received supplemental VD and our conclusion that there was no effect of VD therefore rests on the lack of a dose effect of VD rather than a comparison of treated vs untreated infants. Our data thus provide no evidence of an effect of a range of doses of VD on established measures of bone turnover or on bone mineral content. To our surprise, there was no relation between plasma concentrations of 25(OH)D and any of the bone parameters we measured. The apparent slightly lower bone mass in infants receiving 600 IU/d is unexplained but the significance of this finding is unclear.

The study was registered with ClinicalTrials.gov under NCT00494104.

This study was supported by the National Institutes of Health grant HD048870 Registered with Clinical Trials.gov under NCT00494104. 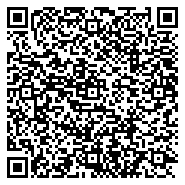