Relationship between Adult Attention Deficit and Time Management at Work

Attention related disorders are the most commonly diagnosed neurobehavioral disorders in the world (Polanczyk et al., 2007) and remain prevalent through adolescence into adulthood (Faraone & Biederman, 2005). Recent prevalence research suggests that at least 5% of the global adult population have clinical levels of attention related disorders (Polanczyk et al., 2007) costing the global economy approximately. 144 million days of lost production per annum (de Graaf et al., 2008). Despite the prevalence and general impact of attention disorders, relatively little research has been conducted on the impact of adult attention disorders within the nomological network that determines individual and team performance in organizations (Halbesleben, Wheeler, & Shanine, 2013). The study helps address the gap by examining the moderating influence of dogmatism on the relationship between adult attention deficit and time management at work. The most commonly diagnosed childhood disorder is attention deficit hyperactivity impulsivity disorder (ADHD) which is defined as a persistent pattern of inattention and/or hyperactivity-impulsivity that interferes with development, has symptoms presenting in multiple life settings, and negatively impacts functioning.

A clinical diagnosis requires the presence of a particular number and type of symptoms. Lifespan research suggests that the majority of children will continue to experience symptoms as adults (Barkley et al., 2002), and a recent population screen of 966 adults suggests prevalence of approximately 3% using a narrow definition and 16% using a broader definition (Faraone & Biederman, 2005). A review of prevalence research suggests that at least 11 million adults within the United States (Barkley, Murphy, & Fischer, 2010) and over 200 million adults globally (Polanczyk et al., 2007) possess clinical levels of the disorder making it a significant global public health and workplace challenge. Research on symptom prevalence through adolescence and into adulthood suggests a continuation of symptoms accompanied by a general decline in symptom intensity and a relatively greater decline or absence of the hyperactivity component (Biederman et al., 2006; Brown, 1995). Brown (1995) suggests that strict reference to the symptoms of inattention contained within the diagnostic and statistical manual of mental disorders (American Psychiatric Association-DSM-V, 2013) does not capture all of the key adult symptoms, and that the hyperactivity component should be excluded from the adult construct. Research conducted by Brown (1996) on symptoms that commonly occur among adults with attention deficits produced the following 5 symptom clusters (factors).

Difficulty activates and organizing work difficulty getting organized and started on tasks predominantly caused by a relative higher arousal threshold and/or chronic anxiety). Difficulty sustaining attention and concentration difficulties staying focused on priority tasks that are not of high personal interest, receiving, and organizing information and resisting distraction). Difficulty sustaining energy and effort insufficient and/or inconsistent levels of general energy and difficulty sustaining effort required to complete important tasks. Difficulty managing emotional interference (difficulty with intense, negative. The symptom clusters provide more extensive coverage of the DSM criteria for inattention, similar coverage of the impulsivity criteria, but exclude reference to the hyperactivity criteria. Difficulties with energy and effort are mostly an addition to the DSM criteria and are supported by the state regulation theory of attention disorders (Sanders & Van Duren, 1998) and associated research (Metin et al., 2014). Difficulties managing emotional interference are also mostly an addition and are supported by recent research suggesting a relatively independent contribution of emotional liabilities to the disorder. Much of the content of the symptom clusters is a more comprehensive representation of most of the DSM ADHD criteria with the addition of energy, effort and emotion related liabilities, and the exclusion of hyperactivity. Brown (2005) refers to this collection of symptom clusters as adult attention deficit (AAD) which is a dimensional rather than a categorical diagnosis. Brown (1996) uses dimensional measurement of the symptom clusters to determine the level of AAD and provides a suggested level at which AAD becomes particularly disruptive (the level at which adult attention deficit (AAD) becomes adult attention deficit disorder. Researchers and practitioners have expressed concern about a simplistic interpretation and use of the attention disorder construct arising from categorical diagnosis based on the presence (or lack thereof) of a particular number and type of symptoms. The categorical approach both ignores evidence that symptoms and associated impairment fall along a continuum and excludes non-clinically disordered adults from full consideration within research on nomological networks of interest (Nigg, 2006). Clinical cut points are often imprecise, and the categorical approach is relatively insensitive compared with dimensional measurement because change is restricted to movement from one category to another (Rossiter, 2004).

Limitations of the categorical approach within organizational behavior research are addressed by using dimensional measurement and correlation analysis when modeling the disorder within individual and team performance networks (Coetzer, 2010). Adult attention deficit (AAD) is defined as a persistent pattern of inattention and related cognitive, emotional and effort related symptoms that occur with varying levels of severity and creates progressively greater challenges within the personal, academic and work life of adults as severity increases (Brown, 1996; Coetzer, 2010). The inclusion of a clinical threshold does not represent a demarcation point between qualitatively different phenomena but rather identifies a transition range along the symptom/impairment continuum where the condition is most likely to become particularly disruptive. Brown (1996, 2005) suggests that symptoms associated with AAD as opposed to ADHD are a more prevalent problem among adults, and that non-clinically impaired adults require better consideration by both researchers and practitioners. The measurement qualities, potential prevalence and impact of the AAD variable within the adult performance nomological network supports the inclusion of the variable within organizational behavior research.

Research by Coetzer (2007, 2009, 2010) demonstrates that dimensional measurement and correlation of AAD with organizational behavior variables reveals important components of the individual and team performance nomological network. Dimensional measurement of AAD based on the Brown Adult Attention Deficit Disorder Scale (BAADS) (Brown, 1996) and a correlation-based approach is used in this study to examine the relationships between AAD, dogmatism and time management at work. The term condition as used in this research refers to adult attention deficit (AAD) and all its associated levels, including the lower levels associated with the absence of symptoms and no significant impairment. The term clinical disorder, or clinically disordered, refers to a condition that has reached the suggested clinical threshold whereas the term non-clinical disorder, or non-clinically disordered, refers to a condition involving impairment that falls below the suggested clinical threshold. The term disorder or disordered, refers to those dimensions of the condition associated with some degree of impairment, both non-clinical and clinical. 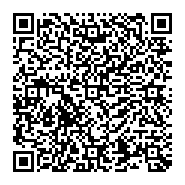