Tax Avoidance: The Good, the Bad and the Future

Esteemed business ethicist Richard DeGeorge (2010) noted that the business of business is business: business exists to make a profit. All true businesses are driven by profit motive, and publicly held businesses especially want to provide the highest legally possible returns to their investors. As such, businesses will seek out mechanisms to make more profitable. Most of those mechanisms are rooted in legal conduct and many are rooted in well-identified business practices such as pursuing a particular competitive advantage. However, some businesses will attempt to maximize profits by engaging in unethical or illegal conduct to maximize profit. This potential for possibly unethical and illegal behavior was the impetus to examine one particular path a business might take to skirt the law by not following the spirit of the law and only the letter of the law, by engaging in aggressive tax avoidance practices. Multinational entities (MNEs) have significant opportunities to report taxable income in countries with low tax rates and thereby avoid taxes in other locales such as the United States (U.S.). The question is not whether such reporting is legal, but rather whether it is ethical. This paper discusses this type of tax avoidance in relationship to ethics and social responsibility.

Several examples of recent tax savings on a monumental scale set the stage for this ethical inquiry. According to Hagerty (2014), Caterpillar shifted $8 billion in profits to a Swiss affiliate over a tenyear period to avoid almost $2.5 billion in tax payments. Engel and Lyons (2014) reported that three companies (IBM, Apple, and GE) also saved shareholders’ money by shifting earnings away from the U.S. From a 10-K filing, IBM’s tax note addressed the fact that it had not provided deferred taxes on $52.3 billion of undistributed earnings of non-U.S. subsidiaries as of end of year in 2013. By the end of September 2013, $111.3 billion was held by Apple’s foreign subsidiaries, while GE reported $57.0 billion was held by its non-U.S. subsidiaries. The deferred tax liability of just these four exemplar companies is significant, especially in times of governmental budget tightening and growing national debt. Additionally, Hoffman (2014) indicated that Pfizer, in an attempt to take over the British firm AstraZeneca, would incur $1 billion or more in tax savings by shifting cash accumulated overseas to lower tax jurisdictions. In all, it is estimated that the largest U.S.-based MNEs have accumulated almost $2 trillion in profits outside the U.S.

A fiduciary duty is one of trust and confidence whereby the person acting for another is obligated to do so in a way that the one on whose behalf the actor is working can rely on as being in his best interests; he can have trust and confidence that those acting on his behalf are doing so with his best interests in mind (Cheeseman, 2016). For example, a caregiver of an elderly, infirm person owes a fiduciary duty to act in the elderly person’s best interests rather than in their own self-interest. Existence of a fiduciary duty is equally true in the relationship between management and shareholders as in the previous example. Management’s fiduciary duty is to act in the company stakeholders’ best interest. Basic agency and corporate law indicate that management must act to preserve and pursue the rights of his shareholders but corporate leaders (or any corporate agents) cannot engage in any illegal or immoral act in the pursuit of those shareholder rights. Management may find itself wanting to act in the company’s and shareholders’ best interests but, simultaneously, recognize that the company, its employees, and its owners are integral parts of the society in which the company operates. The conundrum is that, while management would like to relieve the company’s tax burden to the greatest extent possible, those same members of management benefit, as all of society benefits, from the payment of the very taxes that are being reduced or eliminated. The puzzle is made more difficult by the recognition that management and shareholders are not the only ones affected by the shifting of earnings to avoid tax payment; there are many stakeholders affected by this trend. Further, the clarity of the issue is muddled by the difference between legal and moral rights and responsibilities. This paper attempts to engage readers in the debate on which fiduciary duties pre-empt others, what stakeholders are of primary importance, and what legal or moral rules should be used to determine the question of whether aggressive tax avoidance is an acceptable business practice.

Relevant stakeholders, both those primarily and secondarily affected by the practice of aggressive tax avoidance, are identified. Next, differences between the spirit and the letter of the law are reviewed and a determination is made that the spirit of the law is the appropriate measure of morality. Several moral theories are then invoked in order to make an assessment of whether aggressive tax avoidance is moral. Finally, after having determined that aggressive tax avoidance is unethical, action steps are formulated that can be taken by three of the most prominent stakeholders to address the root cause of aggressive tax avoidance the perceived over-burdensome tax rates to which U.S. corporations are subjected. Taxes can be assessed on a variety of things: earned income, capital gains, royalties, etc. Tax payment is mandated by governments to provide public goods and services to be consumed by members of that society. The distinction between avoidance and evasion is fine enough without having the added burden of draconian and excessive tax regulations or rates.

Congress first appreciated the difficulty in 1954 and in 1986, made tax evasion a felony, defining evasion as based on the willful attempt to evade or defeat any tax imposed by the tax code. Tax evasion arises with the existence of a tax liability wherein the taxpayer fails to discharge that liability. While it is not illegal to search for and embrace transactions that avoid tax liability from being accrued, it is illegal not to disclose and discharge an existing tax liability. An integral part of this differentiation between the legal and illegal is the purpose of the action: if the principal purpose behind the failure to disclose pay taxes is the evasion of the payment of taxes on currently existing tax liabilities, there is illegal tax evasion. The mere consideration of ways in which to limit tax liabilities is not sufficient to meet the legal threshold of tax evasion. Intent is critically important in this review. It is well established that good faith is foundation of all legal. As Smith stated, “the intent to evade tax occurs when a taxpayer knowingly misrepresents the facts. Intent is a mental process, as state of mind. A taxpayer’s intent is judged by his or her actions”. Bad faith, then, is a hallmark of tax evasion; “faith,” whether good or bad, speaks more to the spirit of the law than the letter of the law, leading to the assertion that it is the spirit of the law that should be considered to determine the morality of aggressive tax avoidance. 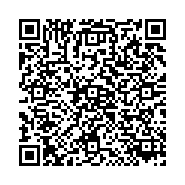