The bacterial resistance to antimicrobial is a growing difficulty found in the public health, so, all the steps of production need a strict control to minimize this problem. The quality control is one of the stages that is used in pharmaceutical industry to ensure the effectiveness of treatment and patient safety. One of antimicrobial drugs is Cefotaxime, used in treatment of meningitis and septicaemia by Gram-negatives. In the literature, there are many methods for quantification of the drug, but all of them have a great environmental impact. Therefore with the awareness about the adoption of green procedures in pharmaceutical industry, it is necessary to find new methods with reduction of waste generation and use of toxic reagents and solvents. This paper validated a new green method for quantification of sodium cefotaxime by infrared spectroscopy according to ICH (International Harmonised Tripartite Guideline). The quantification was developed using the absorbance relative to the band of the carbonyl in the β-lactam ring. The method presented suitable linearity, precision, accuracy and robustness in the range of 0.4 to 0.9 mg/pellet and capacity of quantify the cefotaxime in the pharmaceutical product with confidence as a green alternative method.

Antimicrobials are part of a class of very important drugs in the world for the high mortality rate for bacterial infections. As an aggravating, bacterial resistance is growing and extending to different environments, not only to the hospital [1,2]. Therefore, all steps of production of this class of drugs, and treatment should be monitored to ensure the effectiveness of treatment and minimize the growth of bacterial resistance [3,4].

One of antimicrobial drugs is sodium cefotaxime (Figure 1), a semisynthetic molecule obtained from a fermentation process. It is a third generation cephalosporin primarily used in the treatment of meningitis and septicemia caused by Gram-negative microorganisms for achieving adequate concentrations to their action in the central nervous system [5,6].

Due the bacterial resistance growing to the antibiotics, it is necessary to implement an appropriate quality control, but linking to the green analytical chemistry apllying it’s principles to minimize the environmental impact and the operator safety in pharmaceutical industry and in the academic. The awareness about environmental impact of industrial and research procedures is taking increasing dimensions, what is evidenced by the significant increase of publications in the area [7].

In the literature is mainly found analytical methods for quantification of sodium cefotaxime by HPLC [8-12] and spectrophotometry in UV-Vis [13-17]. However, the methods reported use large quantities of toxic solvents and have high waste generation. With the increasing awareness about the need of the use of environmentally friendly procedures in the pharmaceutical industry in recent years, the adoption of green alternative analytical methods in the routine of drug quality control and pharmaceutical products has great relevance [18,19].

The IR technique is widely used for the identification of drugs and medicines in pharmaceutical industry, but more recent studies demonstrate the technique’s ability to quantify molecules in appropriate and simple manner, low cost and low generation of toxic waste when compared to the techniques of HPLC and UV-Vis [20-30].

Infrared spectroscopy technique have some advantages, as reduced waste generation, execution simplicity, low analysis time and possibility of the analysis of insoluble material in the commonly used solvents for preparing solutions for another analysis techniques [22]. A large number of methods with high environmental impact in the literature for sodium cefotaxime is described. Due to these factors, we sought to employ the infrared technique for development and validation of a new analytical method for quantification of sodium cefotaxime in lyophilized powder aimed at contributing to the drug quality control by introducing an environmentally friendly method.

An infrared spectrometer Shimadzu® with Fourier transform, model IR Prestige-21 (Kyoto, Japan) was used to obtain the spectrums in the region of medium infrared (400 to 4000 cm-1), with resolution of 2 cm-1. The quantification was developed with the software IR Solution by the analysis of the absorbance relative to the peak height in the region from 1825 to 1740 cm-1 in the sodium cefotaxime spectrum (Figure 2), which refers to the stretching of the double bond between carbon and oxygen (carbonyl) of the lactam group found in the molecule sodium cefotaxime. 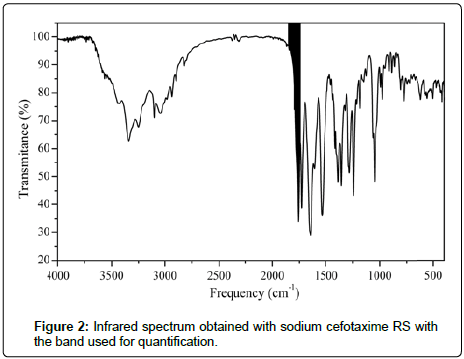 Preparation of the pellets

The method validation was developed according to ICH Q2 (R1). The parameters evaluated were: linearity, precision, accuracy, limit of detection, limit of quantification and robustness [31].

Linearity: The curve was constructed in the interval of concentrations of 0.4-0.9 mg/pellets. Amounts equivalent to 0.4, 0.5, 0.6, 0.7, 0.8 and 0.9 mg of the diluted potassium bromide with cefotaxime (prepared in item Preparation of the pellets) were homogenized with enough bromide potassium to obtain 200 mg pellets. After constructing the graph of the linear regression with the absorbance versus concentration, it was performed the statistical analysis. The significance of regression was evaluated by analysis of variance (ANOVA), considering a level of significance of 5%, the correlation coefficient was calculated and the residues graph was plotted. The linearity was carried out in three days [31].

Precision: The precision was evaluated in two levels: repeatability and intermediate precision. The pellets were prepared with the sodium cefotaxime lyophilized powder in three concentrations (0.4, 0.7 and 0.9 mg/pellet). For repeatability, were prepared 3 pellets for each concentration, with the same analyst and in the same equipment. Intermediated precision was carried out the same analytical conditions to repeatability, but in a different day and with another analyst. The analysis considered for this parameter was the relative standard deviation, in percentage, for the replicates for each analyst and between two analysts for the three concentrations [31].

Accuracy: Accuracy was evaluated according to the recovery test, in which the RS cefotaxime (CTX) was added to known amounts of lyophilized powder in three concentration levels (low, medium and high), considering the linear range of the method (Table 1). The assay was performed in triplicate and is presented in Table 1 [31].

The recovery, in percent, was calculated by means of equation 1, according to established by AOAC (Association of Official Analytical Chemists) (2002) [32].

Robustness: The robustness was evaluated according to the factorial design 23. In this experiment we sought to evaluate the influence of small variations of three factors in the analysis conditions in two levels. The 3 factors and their variations are described in Table 2. From the establishment of the parameters to be evaluated, the test was developed following the planning matrix for factorial design 23. Were prepared 16 pellets containing sodium cefotaxime lyophilized powder at the working concentration (0.7 mg/pellet), two from each of the 8 runs [33,34].

Table 2: Factors and variations for robustness by factorial design 23.

Interference of change of each factor, and the combination of factors in the analysis was statistically evaluated by ANOVA, calculated with the aid of the software Assistat 7.7 beta and using the t test, assessing the significance of the effects (contrast coefficients) demonstrated in the construction of Pareto chart. Effects were calculated from the average absorbance of each test, then the effects were calculated by subtracting the average of the absorbance values the higher level (+) of the average absorbance values of the lower level (-). The statistic analysis were avaliated in a significance level of 5% [33,34].

Determination of sodium cefotaxime in the lyophilized powder

After method validation, the assay for sodium cefotaxime in the final product was determined.

AS: absorvance of sodium cefotaxime in RS pellet;

CL: concentration of sodium cefotaxime in lyophilized powder (in percentage);

CT: theoretical concentration of sodium cefotaxime in lyophilized powder in the pellet (mg/pellet).

The spectral region chosen for the quantification considered the band belonging to the selective grouping for the class of antimicrobials to which belongs the drug, the cephalosporins [6].

The calibration curve was obtained by plotting a graph of absorbance versus concentration in the range of 0.4 to 0.9 mg/ pellet (Figure 3). The value of 0.9985 of the correlation coefficient demonstrates the strong association between the two variables. The analysis of variance confirmed that the regression is statistically significant, since the P-value obtained for the evaluation of the angular coefficient was less than 0.05 (2.90×10-6) (significance level of 5%). The presence of statistical regression is also confirmed by the fact that the straight line pass through the origin, since the P-value obtained for the evaluation of the intersection is equal to 0.300, at a 5% significance level. The residues graph, presented in Figure 4, shows adequate distribution, confirming the linearity of the method in the concentration range evaluated [30,36]. 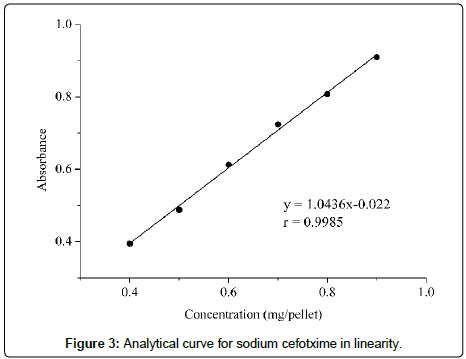 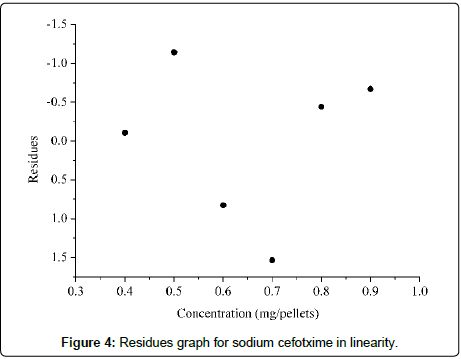 The precision evaluated at two levels (repeatability and intermediate) showed compliance of the method for introducing RSD values lower than 5% (Table 3).

Table 3: Values obtained with precision by repeatability and intermediate precision.

The method presented is accurate for recovery values for the three levels are close to 100%. The average recovery was obtained equal to 100.45% (Table 4).

Note: 1Relative standard deviation (in each level of recovery)

Table 4: Values of accuracy by recovery.

By observing the effects values arranged in the Pareto chart (Figure 5), is noted that there is no interaction with absorbance values statistical significant for a P-value of 0.05, in other words, none of the altered factors interfere significantly in the equipment response. Despite the demonstration of the method robustness, it is important to emphasize that the change of potassium bromide brand showed larger variation in the results [32,33]. 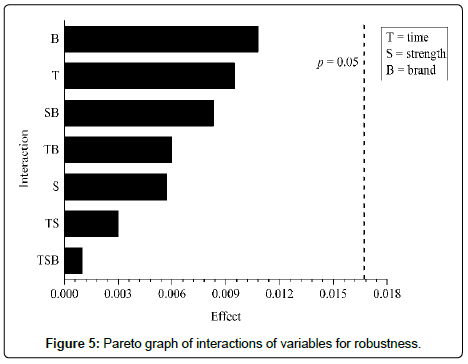 Figure 5: Pareto graph of interactions of variables for robustness.

Validation of the method by infrared absorption spectroscopy showed that it is suitable and reliable for the quantification of cefotaxime sodium in the lyophilized powder. Furthermore, the sample preparation is simple and fast, the technique can be used for insoluble or poorly soluble and unstable drugs in solvents used to prepare solutions for analysis by another techniques, such as high-performance liquid chromatography or ultraviolet spectrophotometry [21].

The developed and validated method has the great advantage of having a low waste generation, since it uses low amounts of potassium bromide and drug. Quantification of the drug by spectroscopy infrared does not require the use of organic solvents or toxic reagents both for the analyst and the environment used in the methods by other techniques, such as ultraviolet spectrophotometry found in the literature [14,16,37,38] and it complies with a large part of the green chemistry principles [7].

After validation of the analytical method, it was determined the content of sodium cefotaxime in the lyophilized powder and the average score was 99.28%, therefore, the pharmaceutical product is in accordance with the specification set by monograph found in The United States Pharmacopeia (2014), from 90.0 to 115.0% [35].

The validation demonstrated that the developed method is suitable and reliable for the quantification of sodium cefotaxime in the lyophilized powder. Analytical procedures are simple, and the technique can be used for unstable drugs in aqueous solutions or other solvents, insoluble or low solubility drugs in solvents used to prepare samples for analysis by other techniques, such as high-performance liquid chromatography or ultraviolet spectrophotometry [21].

The method also has the great advantage of having a low waste generation, since it uses low amounts of potassium bromide. The quantification of the drug by infrared spectroscopy also does not require the use of organic solvents or toxic reagents, for the analyst and the environment, used in the methods by other techniques, such as ultraviolet spectrophotometry found in the literature. This characteristics of the technique can qualify the developed and validated method as green [13,15,37,38,39]. 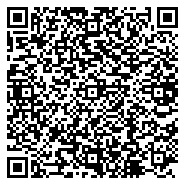