Helicobacter pylori digestive and extra-digestive pathologies collected in the Democratic Republic of Congo (Hp-HDRC): Since quite 40 years, a strange phenomenon characterized by numerous atypical, most extra-digestive pathologies, appeared in the Democratic Republic of Congo. Congolese population is convinced to face massive criminal poisonings, but in 2010, the Laboratory of Toxicology of the University of Kinshasa in Democratic Republic of Congo established that the phenomenon was consecutive to Helicobacter pylori toxins reaching the blood via lungs, by flying up along the esophagus, because of their gaseous state. This paper intended to collect and discuss relevant H pylori digestive and extradigestive pathologies. A retrospective survey has been conducted on laboratory records concerning patients received at the Laboratory for poisoning suspicion from January 2005 to the end of July 2017. A total of 588 patients’ files have been investigated. There were 393 male and 195 female. 553 samples were positive to H. pylori. As Ammonia and carbon dioxide are very caustic, they displacement in the organism is accompanied by a huge internal heat starting in gastrointestinal tract until to internal organs and functions: heart, lungs, hemoglobin, Central nervous system, respiratory system… with numerous linked pathologies: abdominal pain, throat dryness, stomach buzz, muscles pain, high transpiration, hard respiration, suffocation, Intense tiredness, Drowsiness, dizziness, mental confusion. A list of pathologies is presented. 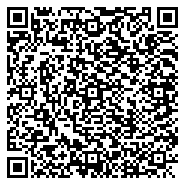