Hydroxychloroquine in the Treatment of COVID 19

Hydroxychloroquine is a quinoline medicine used to treat or prevent malaria, a disease caused by parasites that enter the body through the bite of a mosquito. Malaria is common in areas such as Africa, South America, and Southern Asia. This medicine is not effective against all strains of malaria. Hydroxychloroquine is not effective against all strains of malaria, or against malaria in areas where the infection has been resistant to a similar drug called chloroquine. Hydroxychloroquine is also used to treat symptoms of rheumatoid arthritis and discoid or systemic lupus erythematosus. Hydroxychloroquine can cause dangerous effects on your heart, especially if you also use certain other medicines including the antibiotic azithromycin (Z-Pak). Seek emergency medical attention if you have fast or pounding heartbeats and sudden dizziness (like you might pass out). Taking hydroxychloroquine long-term or at high doses may cause irreversible damage to the retina of your eye that could progress to permanent vision problems. Stop taking hydroxychloroquine and call your doctor at once if you have blurred vision, trouble focusing, distorted vision, blind spots, trouble reading, and changes in your color vision, increased sensitivity to light.

With coronavirus cases rising, the hunt for an effective coronavirus treatment drug is still on. The World Health Organization (WHO) has also started a multi-country solidarity trial (which India is a part of as well) to test the same.

Of all treatment options being approached right now, Hydroxychloroquine, being hailed as the frontrunner, is widely used in coronavirus affected countries. India, which is one of the lead producers of the drug is exporting the drug worldwide. Even as it emerges as one of the most easily available drugs, globally, there’s a huge debate centering on the workability and efficacy of Hydrochloroquine for treatment of novel coronavirus.

In the most recent development surrounding the usage of the drug in the fight against COVID-19, WHO has temporarily suspended the usage of HCQ in the trial, which involves 96,032 SARS-CoV-2 confirmed patients in 671 hospitals across six continents after discrepancies were found in how the drug works as a prophylactic medicine.

Contrary to WHO’s a finding, India is continuing to use Hydroxychloroquine as one of its treatment methods for COVID-19 cases in the country. A representative from the Indian Council of Medical Research backed up the usage, saying that they have seen enough evidence since years and mentioned that they had no plans to discontinue it. In a statement, Dr Balram Bhargava, DG, ICMR said that they will continue to use HCQ along with azithromycin, an antibiotic to treat the viral strain for now.

“There are a lot of drugs being repurposed for treatment or prophylaxis. Chloroquine is in use for 100 years. HCQ is even safer…”

Another member from the NITI Aayog Health panel, praising the use of HCQ said:

“We have used chloroquine for years. HCQ is even safer because it is used continuously in rheumatoid arthritis. It is known to increase the pH of the cell and make it alkaline. Along with zinc, it blocks the entry of the virus into the cell. Admittedly this is a new virus whose behaviour we are still learning about, but it (HCQ) is known to work in other coronaviruses.”

Hydroxychloroquine (HCQ) was seen as one of the most promising drugs ever since the cases started to spike up. An anti-malaria drug, HCQ is an anti-viral oral drug, which has been used for years to treat autoimmune diseases, including rheumatoid arthritis as well.

Ever since early studies praised its benefits, HCQ, an easily available drug soon started trending. Just recently, US President Donald Trump admitted to having HCQ as a preventive coronavirus medicine, which raised quite a many eyebrows.

In India, the anti-viral drug is being administered as a preventive medicine to frontline workers right now and experimentally being used on patients. The popularity of the drug also led to a problem in its market supply, and those who actually needed it found it difficult to procure and use.

Early studies done across pockets of China and France found that HCQ may be the savior which could help millions affected from the coronavirus infection. In fact, preliminary reports suggested that HCQ helped cut down on the recovery time (Time to Clinical Recovery or TTCR) by shortening the duration of a cold, flu or fever in the body and even absorb pneumonia and promoted improvement in patients with mild to moderate symptoms.

However, as the buzz grew around, many other studies were conducted to prove its worth, which did not exactly show favorable results. A report tabled in the New England Journal of Medicine (NEJM), underlined that it did not work for critically ill patients. Further, another study done in New York, which was the hotbed for infections, it was seen that using HCQ did not show extensive results and even induced certain side-effects not seen before.

In another report conducted by French researchers, it was seen that HCQ did not help lessen the strain of critical cases post-admission and did not prevent patients from developing acute respiratory distress.

Till now, there is no concrete evidence or study which suggests that hydroxychloroquine works as the best form of treatment for COVID-19. In-vitro studies have shown that HCQ may contain certain anti-viral properties which inhibit the attachment of the virus before it engages the ACE2 receptor, which further could help block the viral multiplication inside the body. However, there is no one study which claims that it could actually prevent the spread of COVID-19.

Usually, any form of hydroxychloroquine and chloroquine, along with azithromycin are deemed safe as long as they are administered for a given condition in a controlled manner. The side-effects of the medicine are present, but not many. That being said, the medicine was said to be potentially harmful for those suffering from cardiac complications.

The newest study, which led to the WHO stopping the HCQ trial, was inferred from The Lancet, which reviewed an observational study on hydroxychloroquine and chloroquine and its effects on COVID-19 patients who have been hospitalized. It was seen that patients receiving the drug were exposed to a higher mortality rate than the ones not administered HCQ. Apart from this, the strong debates around the usage of Hydroxychloroquine have centred on improper dosage and use. In addition to cardiac complications, arrhythmias and heart problems, for those suffering from co-morbidities, the drug has been known to induce side-effects such as headache, dizziness, stomach cramps, nausea, swelling, muscle weakness, vision disturbances in cases as well. Even as the debate around HCQ continues to grapple minds, researchers continue their hunt for the next best alternative or effective medicine. Remdesivir, by Gilead Sciences, has gotten the go-ahead and is being used in many countries to treat COVID-19. Another helpful drug is seen as Favipiravir, a drug extensively studied and used in Japan to contain the viral spread.

The Lancet study and the World Health Organization (WHO) solidarity trials may have put a pause on the use of the anti-malarial drug hydroxychloroquine (HCQ) as prophylaxis or treatment to reduce the risk of the novel coronavirus. However, a case-control study by the Indian research body, the ICMR continues to rally for its usage in the healthcare workers (HCWs) who are at an elevated risk of contracting Covid-19.

The case-control investigation of the ICMR reveals that consumption of four or more maintenance doses of hydroxychloroquine led to a significant decline in the odds of health care workers getting infected with the coronavirus infection.

The ICMR study indicates that “simply initiating HCQ prophylaxis did not reduce the odds of acquiring Covid-19 infection among HCWs. However, with the intake of four or more maintenance doses of HCQ, the protective effect started emerging. A significant reduction of about 80 per cent in the odds of Covid-19 infection in the HCWs was identified with the intake of six or more doses of HCQ prophylaxis. This dose-response relationship added strength to the study outcomes.”

“Biologically, it appears plausible that HCQ prophylaxis, before the onset of infection, may inhibit the virus from gaining a foothold,” researchers said in the study.

The National Task Force for coronavirus in India recommended once a week maintenance dose for seven weeks i.e., 400 mg once every week, following the loading dose of 400 mg. Adherence to this recommended regimen is underlined by the findings of the study, researchers said.

Scientists who co-authored the study said, “It has been noticed that 4th week onwards there is a risk reduction of contracting the Covid-19 virus if the maintenance dosage is being taken as prescribed for seven weeks. Of course, this doesn’t rule out the risk minimization of those frontline workers who are treating Covid-19 patients while wearing PPEs and taking further precautions.”

Data were collected from May 8 to May 23, 2020. Doctors, nurses, housekeeping staff, security guards as well as laboratory technicians and operation theater technicians, tested between the first week of April 2020 and in the first week of May 2020, formed the sample pool from which cases and controls were drawn.

Of these, 58 per cent of the cases and about half of the controls were males.

“Of the 172 cases and 193 controls reporting HCQ intake, no significant difference in the occurrence of adverse drug reactions was noted,” the study noted.

The three most common side effects of HCQ as reported by the cases and controls were nausea (8 per cent), headache (5 per cent), and diarrhea (4 per cent). While none of the controls on HCQ complained of palpitations, only one case (1/172, 0.6 per cent) reported the same.

The study also revealed that gastrointestinal symptoms such as acidity and vomiting following HCQ intake ranged from 0.6 per cent in cases to about two per cent in controls. Very few cases (0.6%) and controls (1.4%) had skin rashes after consuming hydroxychloroquine.

The study also mentions how the international medical research looks at the use of hydroxychloroquine for treatment, like the Lancet Study that stated intake of the HCQ could lead to increased risk of mortality in coronavirus patients.

“While the observational study involving registry-analysis focused on the treatment of hospitalized Covid-19 patients, our emphasis was on the prevention of infections among health care workers. In treatment settings, severe Covid-19 patients are likely to have a very high viral load and cytokine levels, which may not be improved by HCQ therapy. The registry-based analysis further recorded higher frequencies of ventricular arrhythmias in patients receiving HCQ. The toxicities of HCQ are likely to be infrequent in healthy groups undergoing prophylactic therapy as observed in our study participants. Biologically, it appears plausible that HCQ prophylaxis, before the onset of infection, may inhibit the virus from gaining a foothold”.

The study comes as a reckoner for the medical fraternity until the clinical trials on HCQ yield definitive results. “Until the results of clinical trials for HCQ prophylaxis become available, this study provides actionable information for policymakers to protect HCWs at the forefront of coronavirus response. The public health messages of sustained intake of HCQ prophylaxis as well as appropriate PPE use need to be considered in conjunction with risk homeostasis operating at individual levels.” 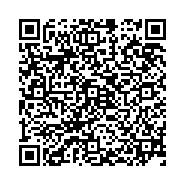