Pharmacokinetics may be defined as the study of the dynamic movements of foreign chemicals (xenobiotics) during their passage through the body and as such encompass the kinetics of absorption, distribution, biotransformation/metabolism and excretion (ADME). It can simply be described as how the body handles xenobiotics. Pharmacokinetics uses mathematical equations (models) to describe the time course of ADME of xenobiotics in the body enabling us to better understand, interpret and even predict the nature and the extent of the biological effects (therapeutic or toxic) of xenobiotics. Several approaches are used in pharmacokinetic to describe the fate of xenobiotics in the body, including considering the body as one or more homogenous compartments based either on mathematical fitting or physiological properties. Description of the rates of the movement of xenobiotics into tissue(s) allows better interpretation and prediction of the fate of xenobiotics inside the body. This article will introduce the reader to basic concepts and principles of pharmacokinetic analysis using both compartmental and physiologically based models.

Pharmacokinetics is best defined as what the body does to the drug. It includes Absorption, Distribution across body compartments, Metabolism, Excretion. With aging, there are changes in all these areas; some changes are more clinically relevant. The metabolism and excretion of many drugs decrease, requiring that doses of some drugs be decreased. Toxicity may develop slowly because concentrations of chronically used drugs increase for 5 to 6 half-lives, until a steady state is achieved. For example, certain benzodiazepines (diazepam, flurazepam, chlordiazepoxide), or their active metabolites, have half-lives of up to 96 h in older patients; signs of toxicity may not appear until days or weeks after therapy is started.

Despite an age-related decrease in small-bowel surface area, slowed gastric emptying and an increase in gastric pH, changes in drug absorption tend to be clinically inconsequential for most drugs. One clinically relevant exception is calcium carbonate, which requires an acidic environment for optimal absorption. Thus, increases in gastric pH-which may be age-related (such as with atrophic gastritis) or drug- related (such as with proton pump inhibitors)-can decrease calcium absorption and increase the risk of constipation. Thus, older adults should use a calcium salt (eg, calcium citrate) that dissolves more easily in a less acidic environment. Another example of altered absorption with increased gastric pH is early release of enteric-coated dosage forms (eg, enteric-coated aspirin, enteric-coated erythromycin), increasing the risk of GI adverse effects.

Serum albumin decreases and alpha 1-acid glycoprotein increases with age, but the clinical effect of these changes on serum drug binding varies with different drugs. In patients with an acute disorder or malnutrition, rapid reductions in serum albumin may enhance drug effects because serum concentrations of unbound (free) drug may increase. Phenytoin and warfarin are examples of drugs with a higher risk of toxic effects when the serum albumin level decreases.

First-pass metabolism (metabolism, typically hepatic, that occurs before a drug reaches systemic circulation) is also affected by aging, decreasing by about 1%/yr after age 40. Thus, for a given oral dose, older adults may have higher circulating drug concentrations. Important examples of drugs with a high risk of toxic effects include nitrates, propranolol, phenobarbital, and nifedipine.

Other factors can also influence hepatic metabolism of drugs being taken, including smoking, decreased hepatic blood flow in patients with heart failure, and taking drugs that induce or inhibit cytochrome P-450 metabolic enzymes.

One of the most important pharmacokinetic changes associated with aging is decreased renal elimination of drugs. After age 40, creatinine clearance decreases an average of 8 mL/min/1.73 m2/decade; however, the age-related decrease varies substantially from person to person. Serum creatinine levels often remain within normal limits despite a decrease in GFR because older adults generally have less muscle mass and are generally less physically active than younger adults and thus produce less creatinine. Maintenance of normal serum creatinine levels can mislead clinicians who assume those levels reflect normal kidney function. Decreases in tubular function with age parallel those in glomerular function.

These changes decrease renal elimination of many drugs. Clinical implications depend on the extent that renal elimination contributes to total systemic elimination and on the drug’s therapeutic index (ratio of maximum tolerated dose to minimum effective dose). Creatinine clearance (measured or estimated using computer programs or a formula, such as Cockcroft-Gault) is used to guide dosing for most drugs eliminated by the kidneys. The daily dose of drugs that rely heavily on renal elimination should be lower and/or the frequency of dosing should be decreased. Because renal function is dynamic, maintenance doses of drugs may need adjustment when patients become ill or dehydrated or have recently recovered from dehydration. 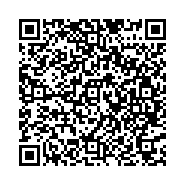