In the last decade the alarm has been raised that a renewed effort must be made in the understanding and treatment of neglected diseases. Neglected diseases are those that are most often associated with poverty in both developing and developed countries, where the affected are unlikely to receive or are unable to afford current treatments. The alarm is well received and understood. The facts that current drug treatments for these diseases are not always efficacious for various reasons, may have severe side-effects and therefore safety concerns and no new drugs have been developed nor are guaranteed to be developed beyond those that have been used for many decades, conspire to give concern. New drug development stagnation for neglected diseases is largely due to simple economics, namely, and understandably, there is no sufficient return on investment (ROI) for pharmaceutical companies to justify the commitment of resources to such diseases. 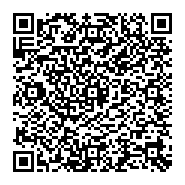