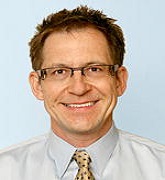 Matthew Bobinski, M.D., Ph.D. received his M.D. at the Medical University of Gdansk, Gdansk, Poland in 1988. Following this, he received his Ph.D. at the same institution in 1993. He became a research scientist at the Institute for Basic Research in Staten Island, New York in 1990 and worked there until 1997. His research was focused on neuropathology and neuroimaging of neurodegenerative disorders, mostly Alzheimer’s disease. He then completed his internship in the Department of Medicine at Staten Island University in 1998. Dr. Bobinski became a clinical instructor in the Department of Psychiatry from 1998 to 2004. He completed his residency in 2002 at the Department of Radiology, SUNY Health Science Center. In 2001, Dr. Bobinski was appointed Chief Resident in the Department of Radiology at SUNY. He completed his fellowship in Neuroradiology at New York University in 2004. During his last year in that university, he was appointed Assistant Clinical Professor. He was appointed as Associate Professor of Clinical Radiology within the Department of Radiology at the University of California, Davis in 2006 and Professor of Clinical Radiology in 2014. In 2012, Dr. Bobinski became Chief of Neuroradiology at UCD and in 2013, Director of MRI. His current main research interests are in imaging of head and neck cancer, brain tumors, and degenerative brain disorders.

Dr. Bobinski research interests include  imaging of head and neck cancer and effects of its treatment.