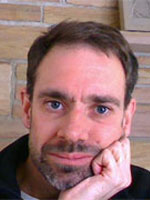 Dr. Atwood completed his bachelor and graduate degrees from the University of Western Australia, Perth, Australia. Following this, he undertook a Fogarty International Research Fellowship in the Laboratory of Tumor Immunology and Biology at the National Cancer Institute, NIH, Bethesda, MD. Here, his studies focused on the endocrinological regulation of mammary epithelial cell growth, development and apoptotic death and the role of endocrinological changes in breast cancer. Subsequently, he was recruited to the Genetics and Aging Unit at Massachusetts General Hospital, Charlestown, MA where he became an Instructor of Neuroscience at Harvard Medical School and Assistant Biochemist at Massachusetts General Hospital. Subsequently, he has offered a position as an Assistant Professor in the Department of Pathology at Case Western Reserve University where he began combining his expertise in endocrinology with that of neurodegenerative diseases. This lead to a research program directed at understanding the hormonal regulation of aging with a particular emphasis on Alzheimer's disease and prostate cancer. In 2003, he was recruited to the University of Wisconsin to help with the establishment of a basic research program in Alzheimer's disease. He is currently an Associate Professor in the Section of Geriatrics and Gerontology at the University of Wisconsin Medical School and Research Director of both the Wisconsin Alzheimer's Institute and Wisconsin Comprehensive Memory Program. Over the last 20 years Dr. Atwood's research has lead to 62 peer-reviewed publications, 43 reviews, 15 book chapters, 10 letters, 2 commentaries, 2 application notes for manuals, 1 book review, 12 online presentations/commentaries, and 123 abstracts. Dr. Atwood has over 4500 citations and a h-index of 32. In 2006, he was awarded the Zenith Award from the Alzheimer's Association in recognition of his contributions to the field of Alzheimer's disease research. His research also has been covered by MSA Partners, who publish a weekly report covering regulatory and industry developments in the U.S. pharmaceutical market. Dr. Atwood's research has obtained significant federal (NIH and VA), foundation (Alzheimer's Association, Fullerton Foundation), company (Voyager Pharmaceutical Corporation) and service (Genotyping and Endocrinology Clinical Services) funding. He reviews grants from national (NIH study sections) and numerous international organizations, and is a Senior Editor of the Journal of Alzheimer's Disease and an Editor of Current Alzheimer Research.

Dr. Atwood's research interests are aimed at identifying ways to delay the onset or slow the progression of senescence and aging-related diseases like Alzheimer's disease. These research findings have contributed to the testing of two drugs (clioquinol and leuprolide acetate) in clinical trials for the treatment of Alzheimer's disease. Leuprolide acetate is currently in Phase III clinical trials in the USA and Europe, while metal ion chelators are in pre-clinical development. He also focuses on endocrinology; development; degenerative diseases of the central nervous system.