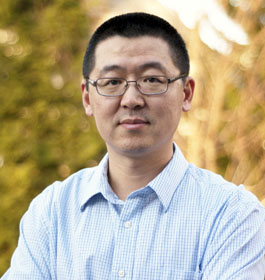 University of Texas at San Antonio

Meng Yu is an associate professor in the Computer Science Department, University of Texas at San Antonio. He received his Ph.D. degree in computer science from Nanjing University, China in 2001. He joined the Cyber Security Lab at the Pennsylvania State University, University Park as a postdoctoral research scholar in 2002. From 2004 to 2010, he had been an assistant professor in Monmouth University and Western Illinois University. He joined Virginia Commonwealth University as an associate professor in 2010 and received tenure in 2012. Dr. Meng Yu’s current research scope includes computer security and system security. He has more than fifty peer-reviewed publications in journals or conference proceedings. He has been the member of IEEE, ACM, and ACM SIGSAC. He has served several NSF panels since 2008. He has served around thirty technical committees of different conferences, co-chaired DBSEC 2011 in Richmond, Virginia and several workshops in recent years. Dr. Meng Yu has received 7 NSF grants. His research has been mainly supported by the Cyber Trust (CT), Trustworthy Computing (TC), Secure and Trustworthy Cyberspace (SaTC) Program of National Science Foundation.