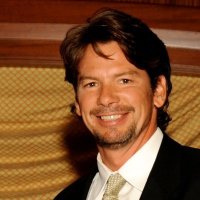 Dr. Dennis W. Smith, Jr. received his B.S. (1988) from Missouri State University and his Ph.D. (1992) from the University of Florida under the guidance of Prof. Ken Wagener on the scope and mechanism of acyclic diene metathesis (ADMET) polymerization. He was a Rhone Poulenc Graduate Research Fellow in Lyon, France pursuing novel silicone elastomers, and a Dow Chemical Postdoctoral Fellow (1993) with Dr. Raymond König in Rheinmünster, Germany exploring fundamental aspects of epoxy networks. Dr. Smith joined The Dow Chemical Company Central Research Laboratory as Sr. Research Chemist (1993) and later was promoted to Project Leader (1996) working primarily on the synthesis and characterization of high-performance thermosets for thin film microelectronics applications. Dr. Smith was an original member of the team that invented and implemented SiLK™ Semiconductor Dielectric resins, which led to commercial production (see: Chem. & Eng. News, November 20, 2000, p. 17). He served as National Chemistry Week (NCW) Coordinator (1996) and Chair of the Brazosport Section of the American Chemical Society (1997), which received a National Phoenix Award for their NCW program organized by Dr. Smith. He received three Dow Chemical Special Recognition Awards and was a recipient of the 1997 Dow Chemical Central Research Inventor of the Year Award before joining Clemson University in 1998 at the rank of Assistant Professor. Dr. Smith was promoted to Associate Professor in 2001, granted early tenure in 2002, promoted to Professor of Chemistry in 2006, and in 2008, he accepted joint appointment as Professor of Material Science & Engineering at Clemson. In 2010, Prof. Smith worked in The University of Texas at Dallas as Robert A. Welch Distinguished Professor and in 2014 he moved to Mississippi State University as department head for Chemistry. Also in 2010, Dr. Smith was elected a Fellow of the American Chemical Society. Dr. Smith has over 143 publications and 18 US patents/applications.