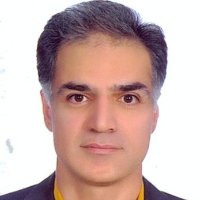 1. What makes an article top quality?

Response: A couple of factors, including: being indexed by ISI web of knowledge; having impact factor (IF) by JCR; board of editors; short duration of reviewing and publication; rejection of low quality manuscripts; using high quality reviewers; as well as qualified editors.

2. Do you think that journals determine research trends?

Response: It depends. Sometimes, editors should be active enough to give their opinion on the overall research quality; if not adequate, the manuscript should be rejected (if this is what you meant by research trend). If, however, you meant that our journal should take some special trends for publication (that is, if a particular manuscript is not within the trends, they should not be accepted), in this case I suggest that after the 5th or 6th year, our journal may take such trends. At the present time though, I do not suggest it; better to be general.

3. What makes a good position paper?

Response: One of the main factors can be considered the author(s). If the author(s) are well-known, their papers would be cited immensely, increasing the value of journal too.

4. What are the qualities you look for in an article?

Response: The English language (to be clear, easy to understand, …); Figures and Tables be self-explanatory and clear; easy to understand flow of information leading to a logical conclusion based on the findings of the paper in question.

5. Can you give us a broad indication of the types of themes a scientific journal should cover?

Response: At the present time, I suppose every theme dealing with nanomaterials and nanotechnology should be accepted.

6. What sorts of research methods and frameworks do you expect people to use, and how will they balance conceptual and applied research?

Response: A normal and standard method would be best. So far, most papers published are good in this regard.

7. How would you describe the journal’s mission and editorial objectives to our readers?

Response: I think the mission of all journals would have a great deal of similarities when it comes to propagation of novel scientific facts, methods, state of the art knowledge, etc. However, more differences would be apparent as to their visions. I suppose, the first decade or so would be focused on general concepts of nanotechnology, including rather different areas. After a while though, it can be narrowed, coming to some specialized areas; the areas may be decided now or when the board of directors and trustees, as well as the editor-in-chief and editors think would be the appropriate time.

8. If you could be granted dream articles, what would they be on?

9. Are there any particular areas which you would like to see, or expect to see, collaborate?

Response: Not in particular

10. How does the research published percolate through to practitioners?

Response: One of the main routes would be the researchers (authors) taking part in conferences and seminars, presenting their published research projects wholly or partially. Other researchers, becoming interested, would refer to the original published paper and make citations to them in their own work. The availability of papers to viewers of the journal site.

11. How can a publisher ensure the authors/readers a rigorous peer review and quality control?

Response: Simply by having a rigorous peer review and quality control being done all the time.

12. Your editorial policy is to be eclectic and welcome perspectives from other disciplines and schools. How does this translate into the types of contributions you encourage?

Response: I believe at the first stage of the activities of a journal that have the possibility to hold different areas of science, better not to be very strict and exact as to which areas of science to select. In fact, I believe this is the way that our journal has correctly taken in the past. It may continue the same way for a couple of years more. Then we would be able to choose selected areas, focusing on the census as to the number of papers published in particular areas, the number of citations to particular areas, etc.

13. What do you see as the merits of journals, as opposed to book series, as a means of scholarly communications?

Response: Journals present more topics on the edge-of-knowledge; that is, they are more uptodate. Books and book series may rather be considered as presenting the principals and facts on each major.

14. How do you differentiate Journal of Nanomaterials & Molecular Nanotechnology with other journals in the field?

Response: So far, it has been doing well, I guess. However, I believe more emphasize should be done on publicizing our journal in a way that the number of citations increase. This way, we may get through the process of indexing in more credit-worthy data bases.