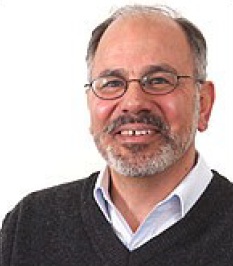 Mohamed S. El-Genk, PhD, joined the Department of Chemical and Nuclear Engineering at University of New Mexico (UNM) is 1981and founded the Institute for Space and Nuclear Power Studies at UNM in 1984. Before joining UNM, he spent 13 years in energy industry and working on nuclear R & D. His last position has been an Engineering Specialist at the Idaho National Engineering Laboratory (1987 – 1981). In 2001, El-Genk was named the 46th Annual Research Lecturer; one of the highest honors bestowed upon a member of faculty at UNM and was named a Regents' Professor of Chemical and Nuclear Engineering in 1996 and of Mechanical Engineering in 2006. He is the recipient of the AIChE 2009 Donald Q. Kern Award, a nationally and internationally prestigious recognition for practical applications of process heat and mass transfer.He has published more than 310 refereed articles, 245 full conference Proceedings articles, 6 book chapters, 78 technical reports, and 57 transactions articles to his credit. Hel holds 5 patents and has published a book "Critical Review of Space Nuclear Power and Propulsion 1984-1993," and 55 book volumes containing more than 5,000 full technical papers. El-Genk is Fellow of American Nuclear Society (ANS), American Society of Mechanical Engineers (ASME), American Institute of Chemical Engineers (AIChE), and International Association for the Advancement of Space Safety (IAASS) and an Associate Fellow of the American Institute of Aeronautics and Astronautics (AIAA).