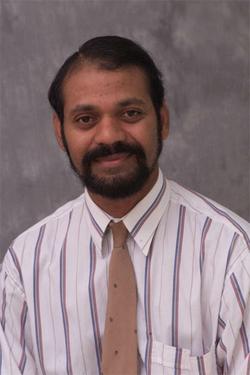 Dr. Revankar is a Professor of Nuclear Engineering and Director of Multiphase and Fuel Cell Research Laboratory in the School of Nuclear Engineering at Purdue University, West Lafayette, Indiana. He is also WCU Visiting Professor in the Division of Advanced Nuclear Engineering at POSTECH, Republic of Korea. He received his BS (1975), MS (1977), and Ph.D. (1983) in Physics from Karnatak University, India, a Post-Graduate Diploma in Vacuum Science and Technology from University of Bombay, and M.Eng. (1982) in Nuclear Engineering from McMaster University, Canada. He has worked as a post-doctoral researcher at Lawrence Berkeley Laboratory and at the Nuclear Engineering Department of University of California, Berkeley from 1984 to 1987. He has published over 250 peer reviewed papers in archival journals and conference proceedings and 6 edited books/book chapters. He is Life Member of the following societies: American Nuclear Society (ANS), American Society of Mechanical Engineers (ASME), American Institute of Chemical Engineers (AIChE), Korean Nuclear Society (KNS), and Indian Society of Heat and Mass Transfer (ISHMT). He is Fellow of ASME. He has hosted various ASME and ANS conferences as session’s organizer, topical leader and Track leader. He is member of American Association for Advancement of Science (AAAS), American Society for Engineering Education (ASEE) and Electrochemical Society (ECS). He was Chair of Thermal Hydraulics Division of ANS in 2007-08. Currently he was Chair of ASME K-13 Committee on Heat Transfer in Multiphase Systems in 2008-2011. He was Executive Member of the AIChE Transport and Energy Processes Division 2007-2010, and Chair of the ASEE Nuclear and Radiological Division in 2007-2008. He is currently on the Editorial Board of Heat Transfer Engineering, Journal of Thermodynamics, Advances in Applied Physics, Journal of Energy and Power Engineering, Journal of Nuclear Energy Science & Power Generation Technology, and ASME Journal of Fuel Cell Science and Technology.